En español | There’s no bad time to visit Iceland, depending on what you’re hoping to see. Go between August and May, and you might catch the spectacular Northern Lights. Travel during the summer, and you’ll enjoy wildflowers, warmer temperatures — the July average is 52 degrees — and almost 24 hours of daylight. 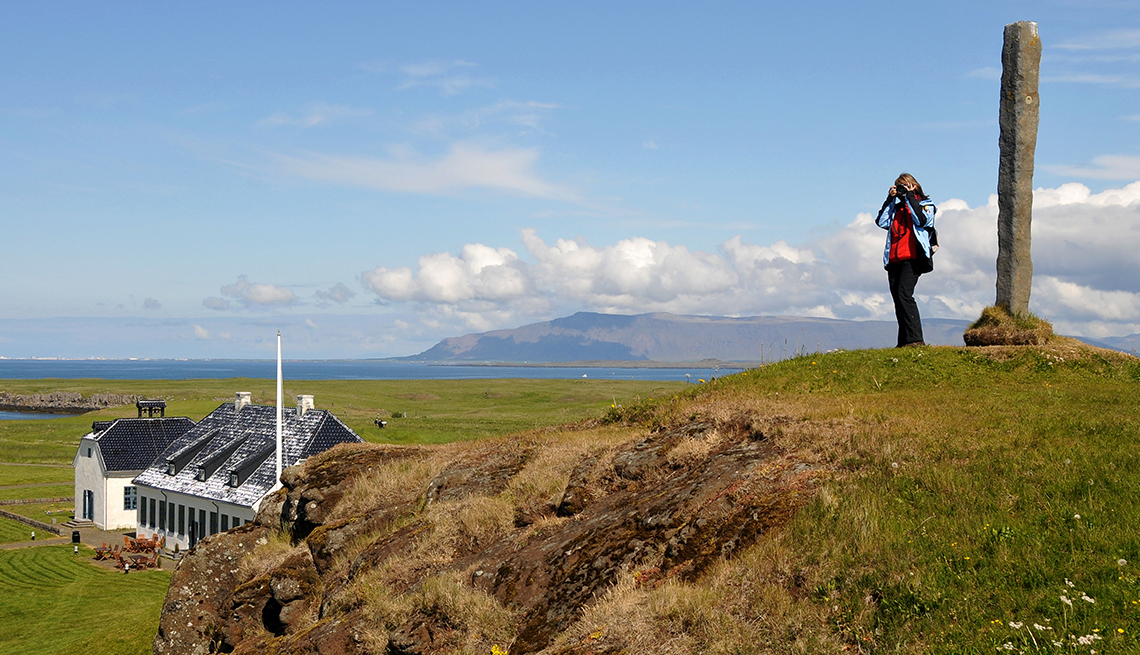 Videy Island, just a five-minute ferry ride from Reykjavik, is a haven for nature lovers.

Most visitors start in Reykjavík — the tiny nation’s largest city, with about 123,000 residents. Hotel recommendations in Reykjavik include the City Center Hotel, located on one of the city's oldest streets, and the art deco Hotel Borg facing Austurvöllur square.

It’s a fun city for walking, so wander Austurvöllur Square and Public Park, or sign up for a walking tour to see landmarks such as Hallgrímskirkja Church, whose 240-foot-high tower offers spectacular views of the city, mountains and ocean. For another perspective, you can book a helicopter tour with companies such as Nordurflug or Helo. You’ll soar outside the city to see such natural wonders as lava spewing from the Holuhraun lava field and Videy Island. And be sure to eat a hot dog, which is arguably the national dish. The weenies are made largely with lamb, along with pork and beef, and typically served with mustard, ketchup, rémoulade and onions (both fried and raw). The best-known spot is Bæjarins Beztu, a stand that has served such prominent eaters as Bill Clinton and Anthony Bourdain. 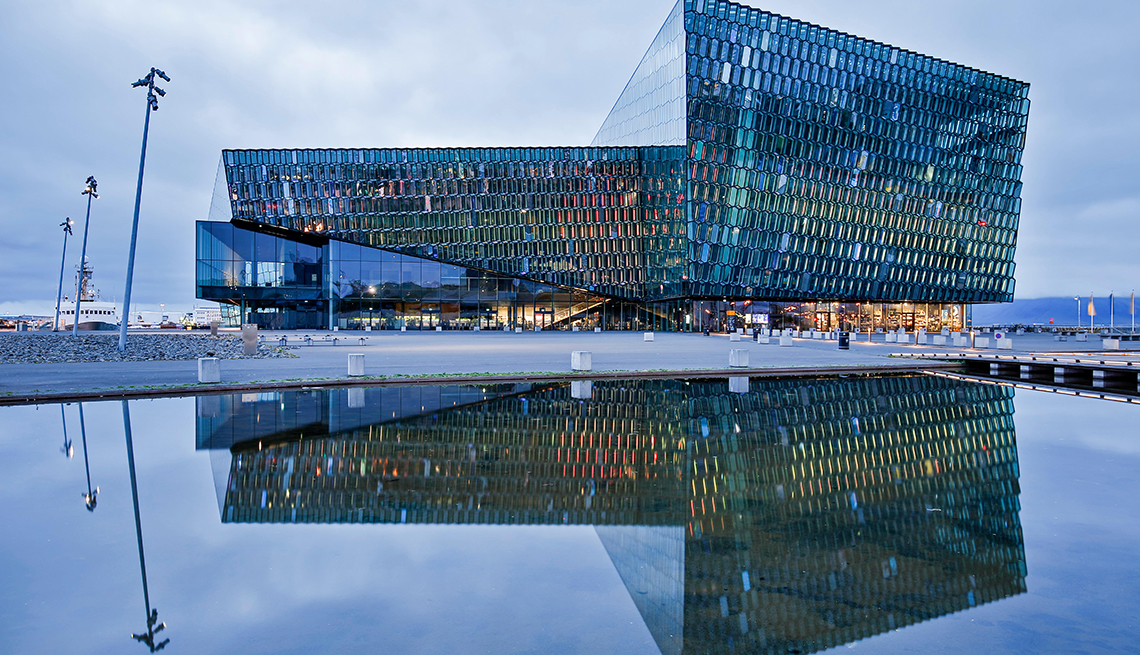 Reykjavik’s Harpa Concert Hall is worth a visit for its stunning design.

Check out some indoor wonders this morning, such as the National Museum of Iceland, with its displays of swords, drinking horns and even a Viking ship. It's one of many museums here, focused on everything from whales to the Northern Lights. (If you really want something quirky, the popular Icelandic Phallological Museum is dedicated to the male organs of more than 200 mammals. Just wait till you see the gift shop.) Then walk toward the harbor to check out Harpa Reykjavick Concert Hall and Conference Centre. With its sharp angles and glass exterior, Harpa became an instant architectural landmark when it opened in 2011 and has been dubbed one of Europe’s best spots for music. And a must do: Lounging with locals in one of the city’s 18 outdoor geothermal pools and spas, where the relaxing pool temperatures are usually around 84 degrees. Then dine at the upscale Grillmarket, which serves up traditional Icelandic foods such as lamb, beef, trout, quail, or at Matur og Drykkur, for innovative versions of those foods (cod head cooked in chicken stock and blueberries, for instance). 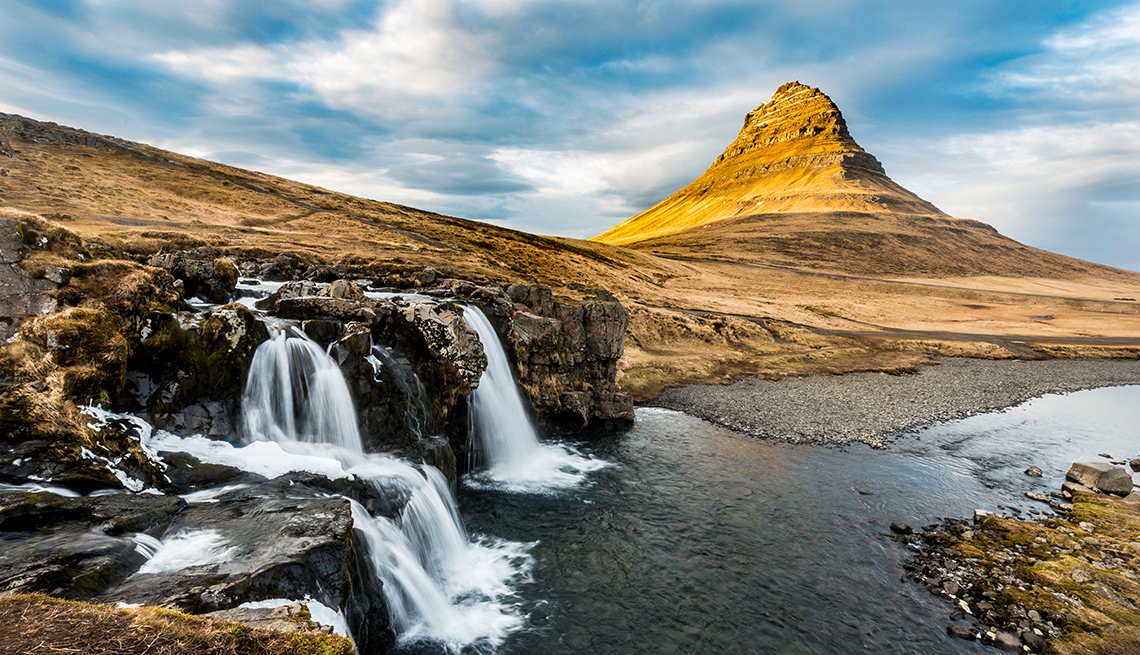 Beautiful Kirkjufell is a favorite spot for watching the Northern Lights.

Today you head to West Iceland. Make your home base in Borgarnes (consider Icelandair Hótel Hamar), a good launching point for day tours, or Stykkishólmur a bit farther west (Hótel Fransiskus is a good choice there). Note: Be sure to reserve a rental car; public transport is scarce in Iceland.

Hop in your rental and drive north toward Iceland’s dramatic glaciers, mountains, coastlines and waterfalls (you can also take tour buses out of Reykjavík for day trips). Head to Hraunfossar, otherwise known as the lava waterfalls: Cold springs stream through hard lava for a stretch of nearly two miles. The popular Golden Circle driving route includes the gushing Gullfoss waterfall, the Geysir geothermal area and Þingvellir National Park. The park’s craggy, rocky landscape is the result of shifting tectonic plates. You’ll also see Iceland’s largest lake and the impressive Öxarárfoss waterfall. Another cool option (literally): Wandering inside the Langjökull glacier through man-made tunnels and caves via a company called Into the Glacier. For fresh seafood — Iceland’s specialty — try the Settlement Center in Borgarnes or the family-run Narfeyrarstofa in Stykkishólmur. 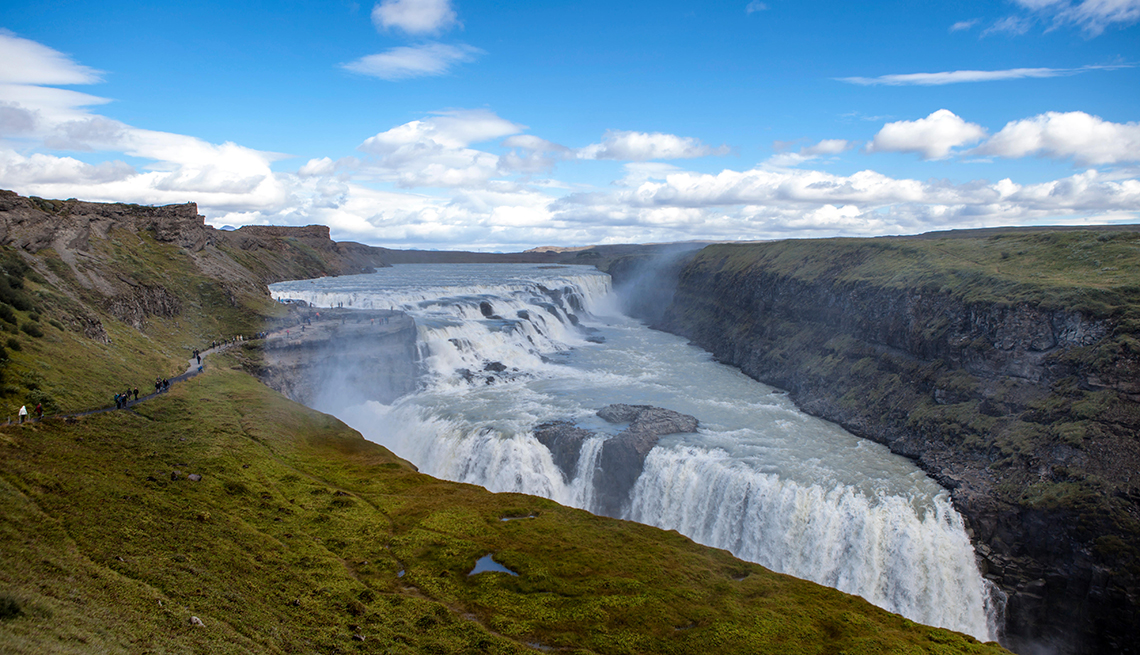 Visitors often catch a glimpse of a rainbow over the Gullfoss waterfall, fed by waters from the Langjökull glacier.

Drive to Snæfellsjökull National Park (win bonus points if you can actually pronounce it), which extends to the sea. There’s a good chance you’ll see seals if you walk along the coast. The park also includes lava formations, the remnants of a 10th-century settlement and the Snæfellsjökull glacier, an active volcano that plays a key role in Jules Verne’s Journey to the Center of the Earth (it’s the passageway to, you guessed it, the center of the Earth). Next, head east to Kirkjufell, a 1,500-foot mountain — the most photographed in Iceland — towering dramatically by the sea and accented by beaches and waterfalls. It’s about a 2½-hour drive from here to the airport, depending on the weather.
Today you head to West Iceland. Make your home base in Borgarnes (consider Icelandair Hótel Hamar), a good launching point for day tours, or Stykkishólmur a bit farther west (Hótel Fransiskus is a good choice there). Note: Be sure to reserve a rental car; public transport is scarce in Iceland.