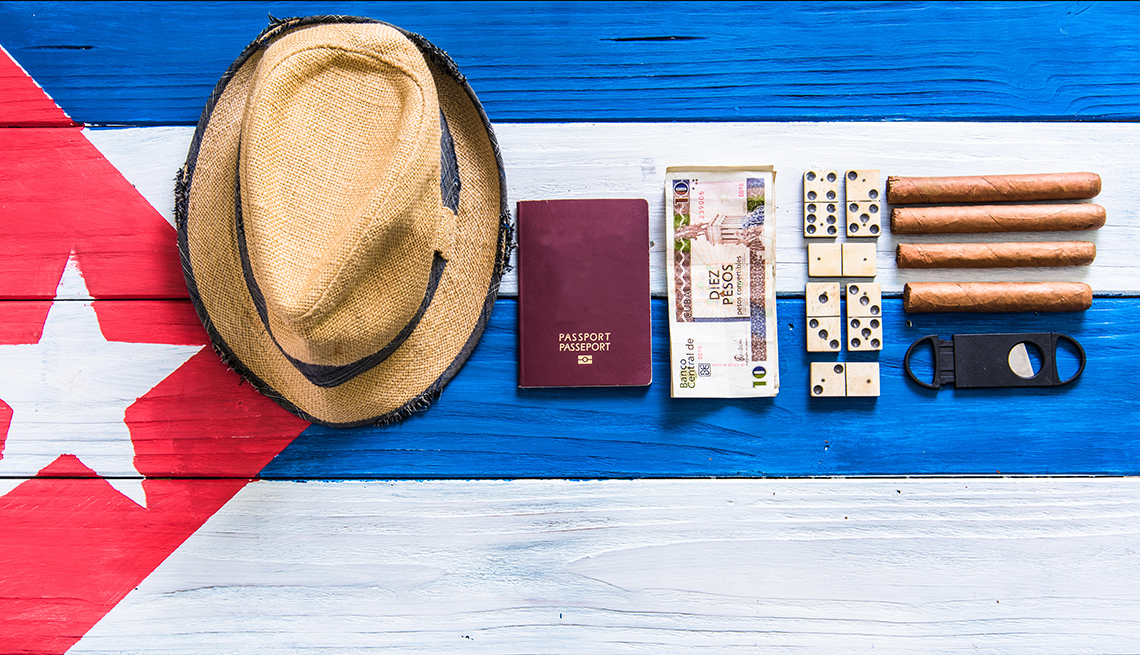 5 ways to visit the island everyone wants to see.

En español | For decades beginning in the 1960s, a trade embargo imposed by the U.S. government kept everyday Americans from visiting Cuba except under tightly controlled conditions. Though having tourism as your objective is still technically prohibited, the rules have been loosening up. U.S. airlines are flying in, and independent travel is now allowed when your trip is for one of 12 reasons (see below). Here are your best options for visiting the largest and most intriguing island in the Caribbean.

One legal justification for a visit is to gain a better understanding of the country by meeting Cubans from various walks of life. A pioneer in the field, insightCuba offers trips ranging from a five-day Jazz in Havana tour to a 12-day excursion to less discovered spots around the island, such as Holguín and Baracoa. Road Scholar (formerly Elderhostel) caters to 50+ clients and runs nearly two dozen outings; these range from three-generation learning adventures to an up-close look at farms, artists and cultural groups. Or you might travel with National Geographic Expeditions or any number of other reliable tour providers. Just don't expect to spend your days basking on the beach or drinking daiquiris. You'll have some free time, but tour operators must keep a daily log of activities, and the people-to-people requirement is taken seriously.

In May 2016 the Cuban government began allowing certain cruise ships from the U.S. to dock. In December it added more to the list, including Norwegian Cruise Line, Royal Caribbean International and Azamara Club Cruises. (Ships operated by those lines are planning Cuban ports of call for this year.) Pearl Seas Cruises announced a 10-night Cuba Cultural Voyage from Fort Lauderdale, Fla., starting in January; it will stop at a number of harbors around the island. To disembark from any ship in Cuba, U.S. cruisers must participate in people-to-people activities.

Veteran guidebook writer Arthur Frommer wrote that opening the country to large U.S.-based cruise liners could help make the island one of the most heavily visited in the entire Caribbean. Those who have waited a lifetime to visit Cuba are anxiously watching whether the new administration will continue this open-door policy or put the lid on visits.

Austin Adventures offers a walking tour of island highlights that includes stays in homes that have been converted into B&Bs, as well as interactions with locals that meet people-to-people guidelines. Participants stroll in Old Havana, with its crumbling pastel-colored homes and its gleaming, impeccably maintained sedans of 1950s vintage. Inland, guests visit the colonial city of Cienfuegos and hike the Las Terrazas preserve, home to dozens of bird species. Meanwhile, package-tour operator Backroads offers both a walking trip and a multisport option. On the latter outing, you ride with members of Cuba's national cycling club and bike and hike the Viñales Valley, a center for tobacco farming and the home of domelike limestone mogotes.

This method has been allowed since last March, so long as you buy a Cuban entry permit (sold by airlines) and fill out a form on which you cite one of the 12 approved reasons listed at the end of this article; people-to-people educational exchanges is the reason most often given. For Americans, going to a resort and lolling on the beach is not allowed; instead you're expected to keep a diary of your interactions and any travel receipts that prove they happened.

Because U.S.-issued credit and debit cards are generally not yet accepted in Cuba, bring extra cash to convert into pesos. Florida's Stonegate Bank, however, offers a MasterCard you can use in Cuba.

Visiting Cuba independently wasn't difficult for physician Jennifer Blechman, 48, and her husband, Tim Carney, of Bend, Ore. To prepare for their trip around the island, last October, the pair used a Lonely Planet guidebook and reserved an Airbnb in Havana, paying by credit card online. They also stayed at $30-a-night casas particulares, which are akin to stateside B&Bs. And to avoid a premium for changing U.S. dollars, they brought euros.

For Blechman and Carney, flexibility was key. "Hardly any casas had websites," says Blechman, "so we made some phone calls. They said, 'No problem — see you soon.'" Usually there was space; when there wasn't, another guesthouse was found for them. "I feel we met more people being on our own and had a more immersive experience," Blechman says. "Everyone loved Americans." And while Havana was "overrun" with U.S. visitors, she reports, smaller cities and villages were not.

Though Blechman photographed her encounters with Cubans to show U.S. Customs officers on her return, no one asked for any such documentation. And reentering the U.S. was easy, she says.

The couple flew JetBlue from Fort Lauderdale. Carriers including Delta, Southwest, United, Alaska and American now fly to Cuba from various cities. Ferry service from Florida may even start later this year; half a dozen companies have received preliminary approval.

5. Use a travel agent specializing in Cuba.

Not every Cuban hotel and restaurant is prepared to handle the increased demand, cautions David Lee, who arranges trips for individuals and small groups through his company, Cultural Cuba. Lodgings have raised their prices exponentially and tend to overbook, making an agent's inside track valuable.

And don't expect Cuba to be like any other destination you've visited, says Lee. Plan for uncertainty, shaky internet service, power blackouts and cranky plumbing. "The infrastructure is in a shambles," he says. "And if you're not already familiar with Airbnb-style accommodations, don't try those for the first time here until the infrastructure is developed."

So, what's in the cards for U.S.-Cuba travel? "My opinion is that [closing the door to Cuba] is not the highest priority of President Trump," Lee says. "But nobody knows."