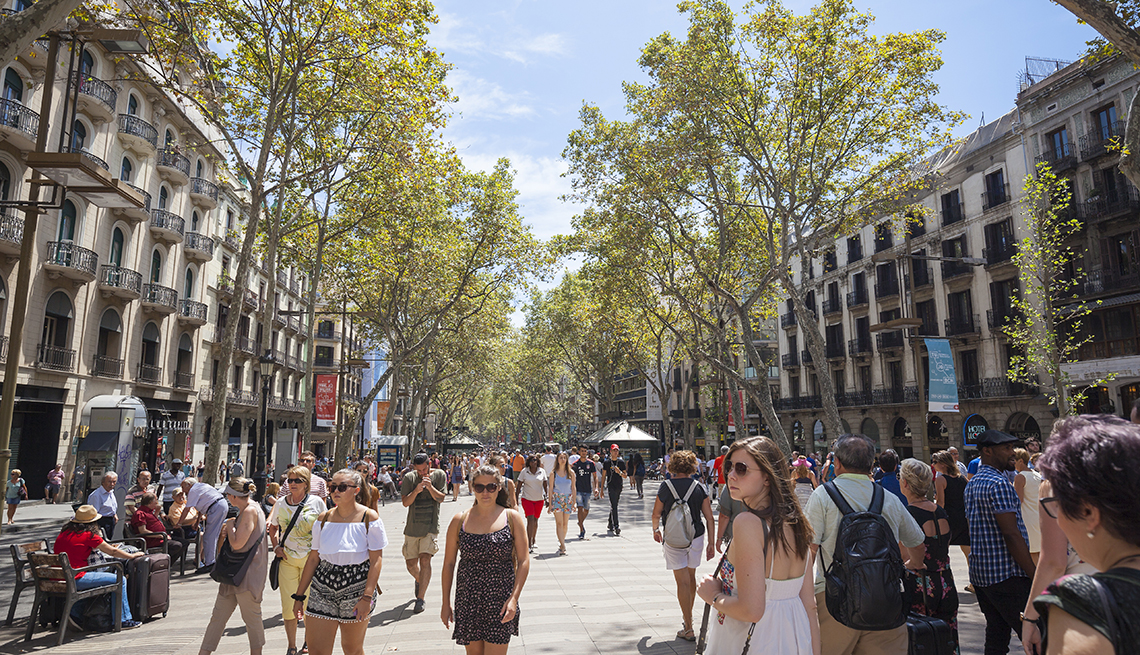 Questions about safety and travel disruptions following the Catalonia secession vote have led to tourists changing their plans.

Political unrest in the Spanish city of Barcelona, one of the most popular destinations in Europe, may be putting a damper on international tourism to the region.

The Spanish tourism association Exceltur reports that Catalonia, a region of 7.5 million whose capital is Barcelona, has seen its tourism activity decline by 15 percent since an Oct. 1 referendum on Catalonia's secession from Spain, and hotel reservations are already down by about 20 percent through the end of the year.

Barcelonans have been on edge since the controversial vote, as secession is an issue about which both separatists and opponents feel deeply passionate. Protests on the day of the vote resulted in hundreds of injuries, some caused by Spanish police dragging voters out of polling stations, and led to strikes and more demonstrations in following days. The response from officials in Madrid, who consider the referendum illegal, has been to call for the Spanish government's imposition of direct rule of Catalonia. The Spanish Senate will vote on the action, known as Article 155, on Friday, which may set off more unrest. Catalan leader Carles Puigdemont has compared the drastic measures to Catalonia's suppression under the dictator Gen. Francisco Franco, who ruled Spain from 1939 to 1975.

While the U.S. Department of State has issued no travel warnings, the British Foreign and Commonwealth Office advises that demonstrations in Barcelona and other areas in Catalonia “may occur with little or no warning, and even demonstrations intended to be peaceful can escalate and turn confrontational. You should exercise caution if you’re in the vicinity. Demonstrations may also cause some disruption and delays to transport services.”

But many in the travel business are less concerned. “We feel very comfortable going there,” says JoAnn Bell, senior vice president of programs for the tour company Road Scholar, which has 30 groups making stops in Barcelona through the end of the year. "We’ve received a number of calls about it," she adds, “but we literally have had no one cancel.” She points to the Barcelona Hotel Association's recent statement insisting that the city is safe: "As often happens in other large cities, problems such as those experienced in Barcelona these last days are being projected worldwide with an image that makes them appear more serious and worse than they are. But in reality, the life of the city has been very little or nothing altered."

Cruise ships are on alert, says Colleen McDaniel, senior executive editor of the CruiseCritic website, but so far she reports no cruise lines adjusting itineraries to avoid Barcelona, located on Spain’s northeastern coast. Nearly 4 million passengers dock at the city’s port every year.

"I have lots of clients traveling there now, including families with children," says Ally Lewing, an agent specializing in Spain and Portugal at Heritage Tours in New York. "They report that the city feels pretty normal. But we're staying on top of what's going on."