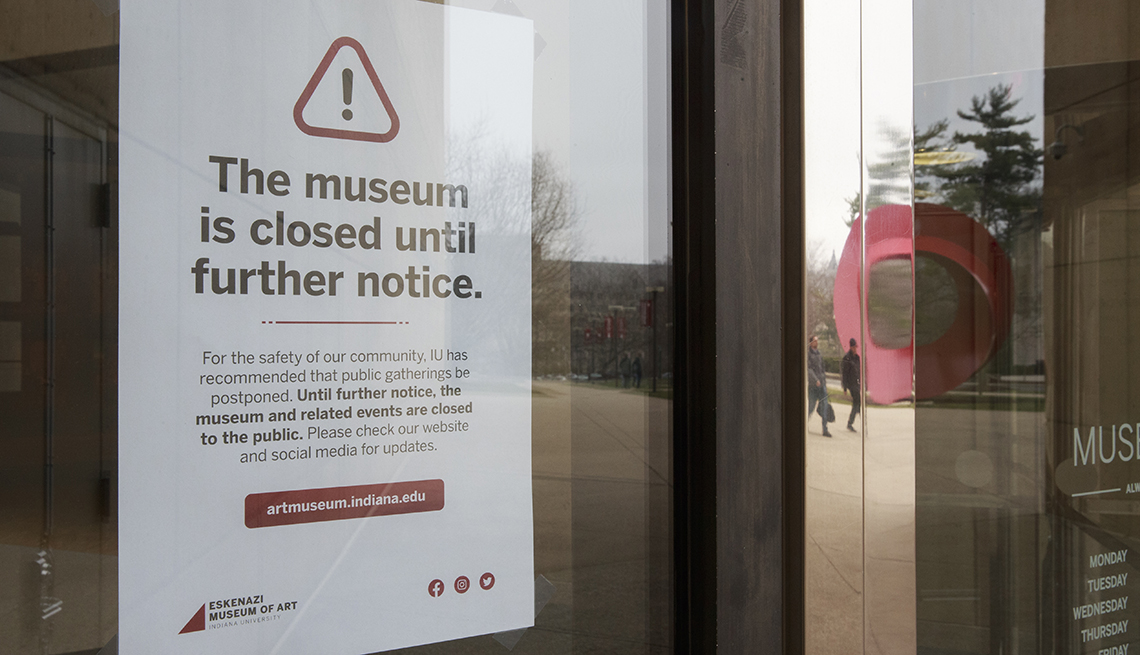 Eskenazi Museum of Art at Indiana University in Bloomington decided March 11, 2020, to temporarily shut its doors because of coronavirus concerns.

En español | Hold on to your tickets for Free Museum Day — an event that features more than 1,000 museums, historic sites and zoos nationwide offering complimentary admission — because coronavirus has canceled its original Saturday, April 4, date this year.

Smithsonian magazine, part of the Smithsonian Institution in Washington, D.C., is nixing the April date that involves both public and privately financed sites because all Smithsonian sites in the Washington area and New York City are being closed starting Saturday, March 14. Don't worry; animals at National Zoo will continue to be fed.

But public events, gatherings and programs are off the table until at least May 3. Smithsonian museums and zoo officials will be deciding each week whether it's safe to reopen in general, and they have not decided whether to reschedule Free Museum Day or totally cancel it for 2020.

The usual way Free Museum Day works: A limit of one free ticket for two visitors is sent to an applicant's email address. Museums weren't limiting the total number of tickets they issued, but they reserved the right to limit the flow of guests coming in when a venue reached capacity.

The promotion allows visitors to take advantage of some of the most popular — and expensive — galleries in the nation, such as the Museum of Pop Culture in Seattle, which normally charges a $30-per-person entrance fee, $28 if purchased online. For a family of four adults, that's a savings of at least $112.

"The spring museum day will drive approximately 650,000 museumgoers on that single day,” Amy P. Wilkins, chief revenue officer of Smithsonian Media, said in February when ticket availability was announced. “We shared those that garner high ticket downloads in the past as they are popular museum choices."

Free Museum Day is hoping to celebrate its 15th anniversary this year.

"The Grammy Museum saw great results from participating in last year's Smithsonian Free Museum Day,” said Michael Sticka, president of the Los Angeles music museum, where a regular adult admission costs $15. “Some who were visiting the museum for the very first time that day left as new members."

But galleries don't always have to be expensive excursions. Around the country, several cities such as Chicago and New York offer free admission or “pay what you wish” on certain days and hours.

To avoid the urban gridlock, visitors might consider some of the quainter sites in rural settings and make a weekend of it. Antique shops, rolling hills and romantic bed-and-breakfast inns surround the Bucks County Civil War Library and Museum in pastoral Doylestown, Pennsylvania, about 25 miles north of downtown Philadelphia.

Oenophiles can combine a day trip to the finest vineyards in the world with a tour of the Museum of Sonoma County in Santa Rosa, California.

"Museum Day often sparks curiosity about museums people have never been to before — in some cases, museums they may have never heard of before,” Wilkins says. “It's our intention with this event to drive attention to nonprofit museums coast-to-coast."

Here are 10 museums among the many that were participating in 2020's Free Museum Day. Because of the rapidly changing news around coronavirus, visit a museum's website or call before heading out for a visit:

In search of bargains?

Free Museum Day isn't the only way to score a discount on museum admission.

• Time your visit. Many institutions offer free or discounted admission during off-peak hours on certain days.

• Look for your niche. AARP members and other seniors, members of the military, students or veterans may be given a special discount all the time on the regular admission price.

• Check online. Purchasing tickets online saves an average of $2 per admission compared with paying upon entering. Discounts also sometimes can be found on Groupon and other internet ticket sites.

• Be aware: Entrance to planetariums and Imax theaters may require additional fees.