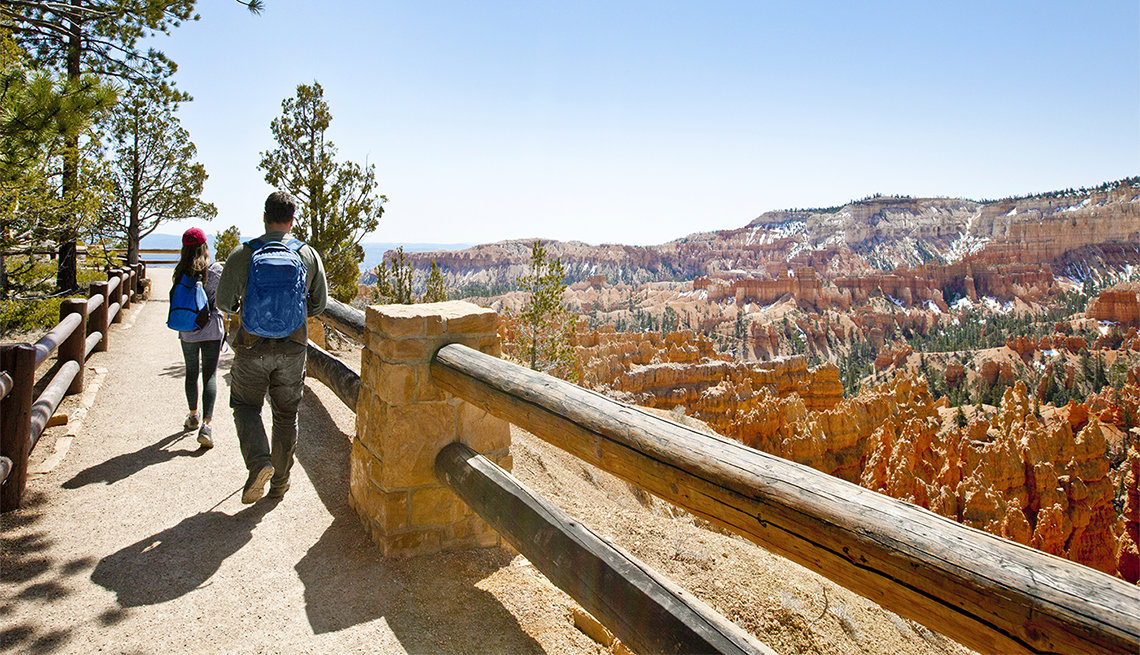 The National Park Service has long encouraged tourists to avoid peak crowds in summer months by planning their visits in the spring. And to give you even more motivation, here’s another good reason to plan a trip during this period: free admission.

This year, you can get into all U.S. national parks for free on April 21, the first day of National Park Week. If you miss the day, you can next get in free on Sept. 22 and also on Nov. 11, Veterans Day. Be aware that the waived entrance fees do not cover any user fees for activities such as camping, boat launches, transportation or special tours.

“National parks connect all of us with our country’s amazing nature, culture and history,” said National Park Service Deputy Director Michael T. Reynolds in a news release. “The days that we designate as fee-free for national parks mark opportunities for the public to participate in service projects, enjoy ranger-led programs, or just spend time with family and friends exploring these diverse and special places.”

It’s worth making note of these dates as the price of going to national parks could jump over the summer. Faced with an $11 billion deferred maintenance backlog at all National Park Service sites, the agency has proposed raising entrance fees for a seven-day vehicle pass from $30 to $70 in 17 of the most popular parks, including Grand Canyon, Yellowstone and Yosemite. The good news is that even if the fees go up, the increase only takes effect during the peak season — or those summer months when parks are jammed with families and tourists. During the rest of the year, fees would remain at their current levels.

"The infrastructure of our national parks is aging and in need of renovation and restoration," Interior Secretary Ryan Zinke said in October, when he announced the proposed fee hikes. "Targeted fee increases at some of our most-visited parks will help ensure that they are protected and preserved in perpetuity and that visitors enjoy a world-class experience that mirrors the amazing destinations they are visiting."

It's not clear when a decision will be made on whether prices will indeed go up.

When it comes to those 62 and older, the price of a lifetime Senior Pass increased in August 2017 from $10 to $80. It was the first increase since 1994. For those with kids or grandkids, the Every Kid in a Park program gives all fourth-graders in America a pass that allows them into all the national parks in the country for free, for an entire year. As an added bonus, parents, siblings, friends and educators can also take advantage of the free pass.

In 2017, some 331 million people visited the 385 parks that keep track. And the most popular park? The Great Smoky Mountains, which attracted more than 11 million visitors, or about 5 million more than the Grand Canyon, which came in second. The National Park Service reported that 2017 saw just a very slight drop in attendance last year — or about 100,000 fewer visitors — compared with 2016's record-setting numbers.