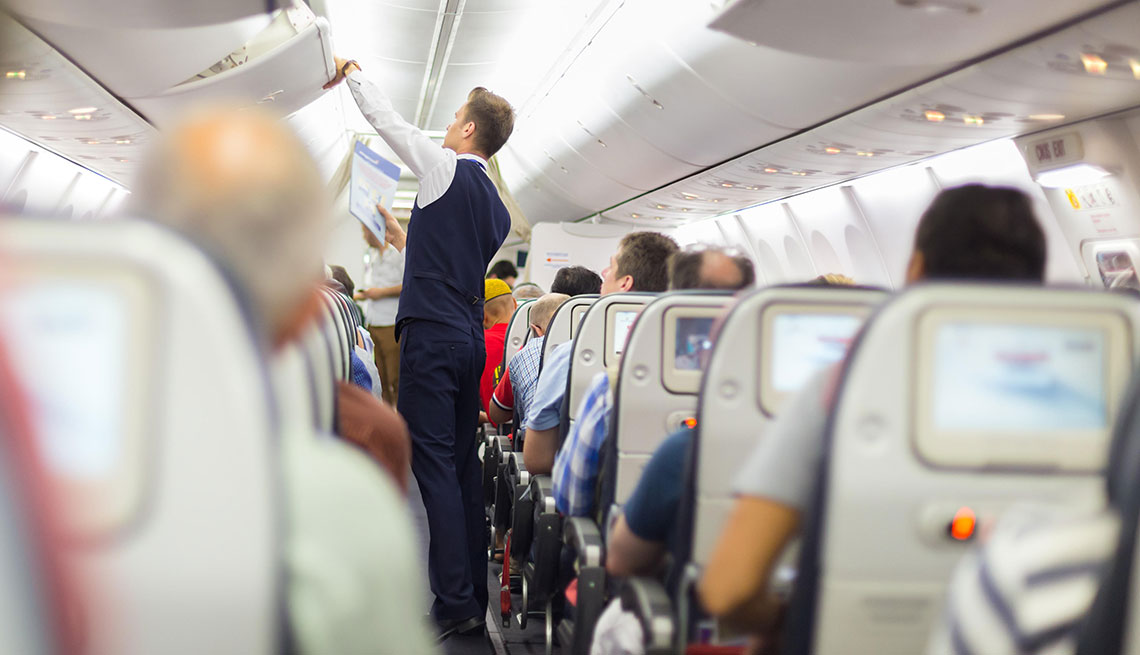 6 questions to ask yourself before buying that super-cheap airline ticket.

En español | Scoring a great deal on an airline seat can be almost rapturous. Watching the price of a similar ticket jump in the days and weeks after a purchase can give even spendthrifts a smug sense of satisfaction. You did it. You beat the system.

But there is the price of something — and then there’s its cost.

When it comes time to travel, smug satisfaction can turn to sticker shock. That $69 Spirit Airlines fare from Boston to Fort Lauderdale was quite a bargain. But you didn’t read the fine print and got dinged $10 because you didn’t print your boarding pass at home, not to mention $100 at the gate for your carry-on bag, $3 for a bottle of water on board and a $19 “passenger usage charge” for booking the seat online. Congratulations, you’ve ended up saving $35 compared to the JetBlue Airways fare on the same route. Was it worth it?

Everyone needs to ask themselves six questions before springing for that super-cheap airline ticket:

How much more will I actually have to pay to reach my destination?

Airlines now make billions from “ancillary revenues” such as bag feesand in-flight meals — nearly $26 billion in 2015 among the top 10 lines. Leading the way among nickel-and-dimers is Spirit, which managed in 2015 to squeeze an additional $52 from each ticketed passenger before all was said and done. One of the fees it tacks on to those super-cheap fares is something called an “Unintended Consequences of DOT Regulations” charge of $5 per passenger. Websites such as The Points Guy keep track of all those additional fees and are worth consulting to avoid surprises after you’ve bought a ticket.

How much is your comfort worth?

Getting from point A to point B should not be akin to a medieval torture session, but if often feels like it. The award for the most cramped cabin in the skies goes to the aforementioned Spirit Airlines, with only 28 inches between rows. Plus, the seats don’t recline — the airline calls them “pre-reclined.” Best in class among U.S. carriers is JetBlue, with 34 inches between seats. Faced with choosing among fares that are relatively similar, it’s worth checking in at the sites SeatGuru.com and Routehappy.com, where flights are rated based on comfort and amenities as well as on price.

How much is it going to cost to stay entertained?

Amenities and entertainment can go a long way toward easing the discomfort of flying. Some companies — Delta Air Lines among them — have stopped charging for in-flight entertainment. Others, such as American Airlines, have said they will get rid of the seat-back video screens entirely going forward, leaving Wi-Fi as the only option for electronic diversion. And guess what? Most airlines charge for it. JetBlue offers free service, but United Airlines charges as much as $40 for a couple hours of Wi-Fi on longer flights.

Will what you saved on the ticket price get eaten up by food and drink costs?

Domestically, the days of the free lunch are long gone. Many international flights still include a meal, but even that’s changing. British Airways recently announced an end to free meals on flights of less than 8 ½ and a half hours. There are still some foreign carriers, though, that believe a well-fed customer is a happy customer. Among them are Lufthansa, Turkish Airlines and Etihad Airways. Even booze is still free on these carriers. So if a foreign trip is in your future, it’s worth looking beyond the brand names most familiar to Americans.

What is your time worth?

Savvy travelers often look to nearby cities for lower-cost alternatives to busy airports and sometimes can shave a tidy sum from the fare by rerouting. But if the fares are even close, it’s worth doing a little sleuthing before acting. If you’re spending a weekend in Santa Monica, Calif., and can save $45 by flying into Long Beach Airport (LGB) instead of Los Angeles International Airport (LAX), consider whether it’s worth $45 to spend half the weekend stranded in traffic on Interstate 405. Ditto with layovers. Ask yourself: Is it worth spending four hours at the airport in Atlanta to save $40?

What is your sanity worth?

With long lines at security checkpoints, frequent delays and harried passengers and staff, modern flying can quickly take a toll on one’s psyche. Why make it worse? That 7 a.m. flight may be 20 percent less than the one at 10:15 a.m., but is it worth dragging your bleary-eyed family out of bed at 3:30 in the morning to save what you would likely spend on one family dinner?

Incidentally, Spirit has defended its fee structure. “Things that are often considered ‘free’ on other airlines — there is a cost associated with them, even if fliers don’t want them,” a Spirit spokesman told CNN in 2016. “We are giving customers a choice on what they have to pay for.”