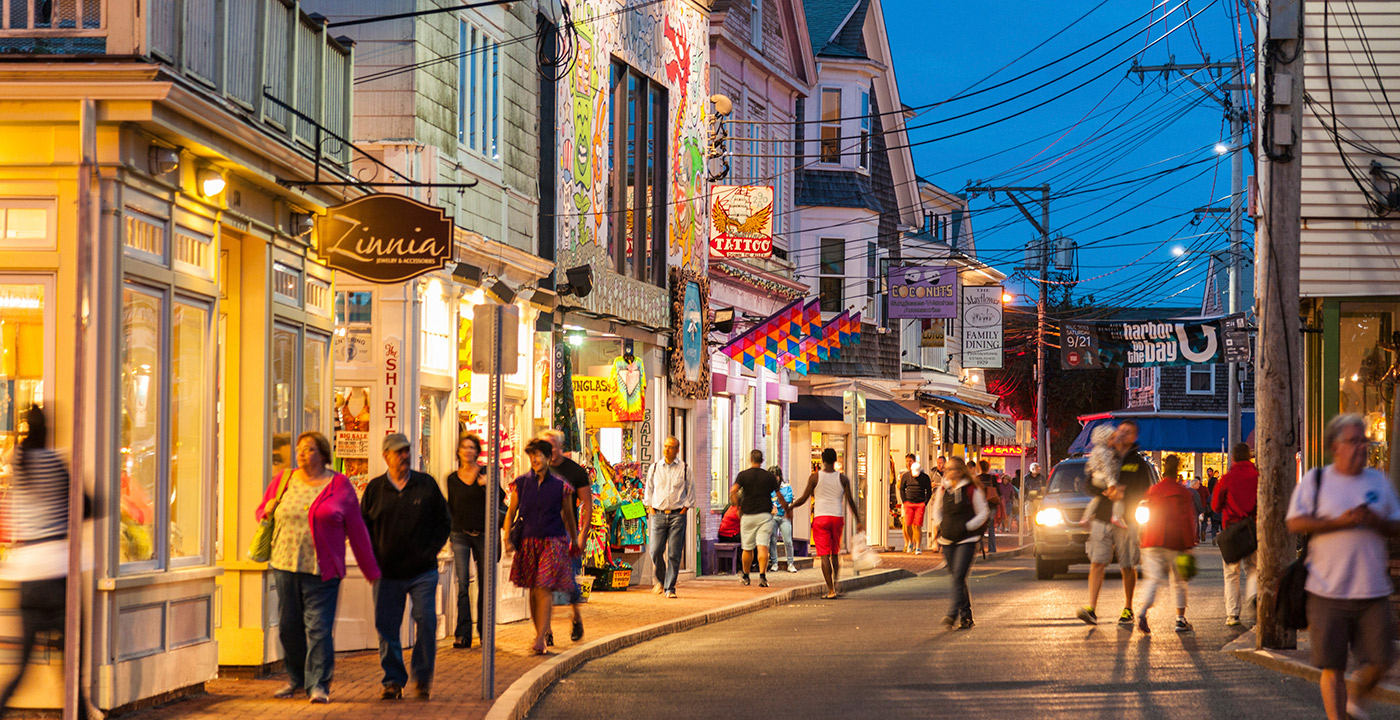 Cape Cod streets bustle with tourists during the summer but the crowds diminish after Labor Day.

There's a festive Labor Day tradition on Cape Cod: Locals stand on the overpasses that span the main highway and wave goodbye to the hordes of vacationers heading home. My parents, who moved from western Massachusetts to this arm-shaped peninsula some 27 years ago, have been among the farewell-wishers. They describe the ritual as a cheerful "Thanks for coming!" — mixed with the kind of gleeful relief you feel when particularly high-maintenance houseguests finally hit the road.

The irony of the exodus is that Labor Day also kicks off what's arguably the cape's most beautiful season, when the cranberry bogs turn magenta and the marshes grow golden — particularly glorious when paired with a crisp blue sky. The air is no longer humid, but the ocean waters remain warm after weeks of hot sun.

I visit every summer and try to return in September or October, too, when my kids' school schedules don't interfere. There's a reason, after all, why retirees and empty nesters are prominent among the fall tourists. They're rewarded with cheaper accommodations: In September, the average hotel rate sinks to $150, from $220 in July.

As the population dwindles — to its winter high of around 200,000, versus 800,000 in the summer — the tourist meccas of Hyannis and Provincetown quiet down. It's a snap to get a table at popular restaurants such as the Brewster Fish House, for oysters, scallops and other sea treats. Lines shorten at Four Seas Ice Cream, housed since 1934 in a cottage in Centerville, by Hyannis — and long beloved by the Kennedy clan.

The town beaches (usually $15 per car; $20 on weekends) are almost all free. The more serene ones are on the bay side, including Corporation Beach in Dennis. I've spent early-October mornings there accompanied only by seagulls, a few strolling couples and my family. In those moments, there's truly nowhere I'd rather be.

What to Do on the Cape

Cape Cinema in Dennis opened in 1930. It's a gem, with one screen, an art deco interior and films more arty than action.

Lisbeth Chapman offers a lively tour of the iconic houses and scenery depicted by the artist in the 1930s.