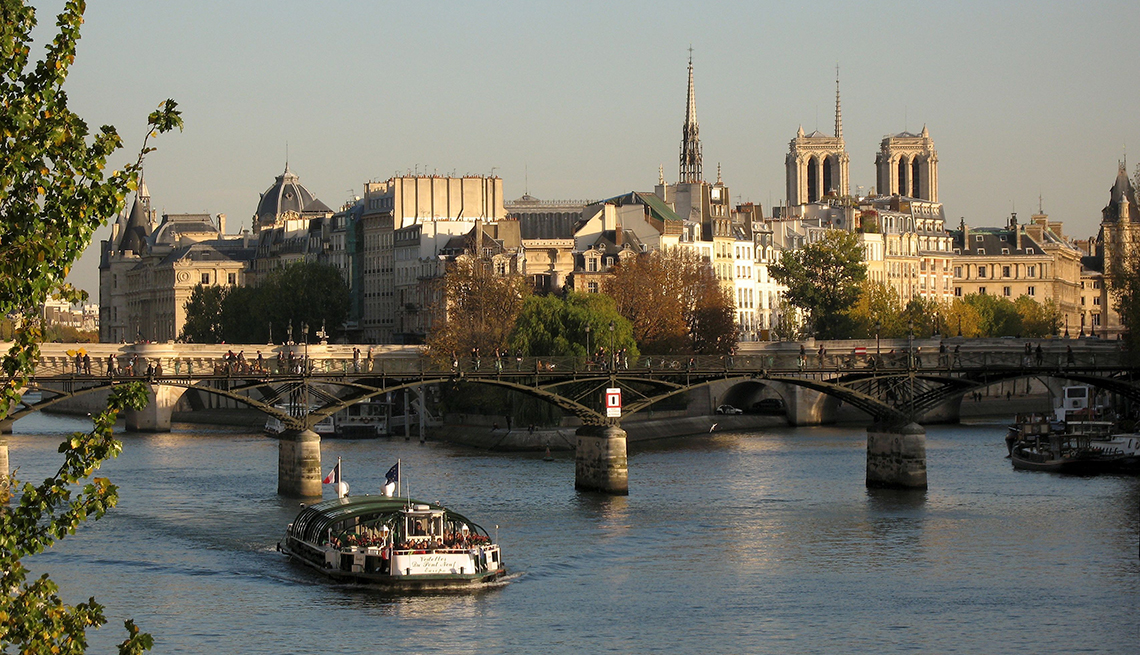 The Seine is one of Europe's most historic rivers.

En español | The French have a colorful phrase for window-shopping: lèche-vitrines — literally, "licking the windows." And that's about all I've been able to do in my favorite shopping city in the past decade. The strong euro meant no bargains for me as I strolled by boutiques where $1,500 handbags and $70 scented candles beckoned. I felt euro-trashed.

But the City of Light is lighter on Americans' wallets now. "The little pleasures are affordable. It just changes your whole mood," said my friend Elaine, an L.A.-raised publicist and personal shopper living in Paris.

Of course, France's capital offers more than the just-for-fun costume jewelry and Chanel lipsticks that Elaine is now picking up with a lot less guilt. The city's world-famous 19th-century cityscape is crisscrossed by wide boulevards and the river Seine, and home to such landmarks as the Eiffel Tower and the 12th-century, Gothic Notre-Dame Cathedral. But having more to spend on life's little indulgences makes Paris undeniably more fun.

There is a downside to the dollar's surge: Hordes of tourists clog the streets. But by seeking out lesser-known museums, attractions and restaurants, you can experience the city more cheaply, like a local. Like my friend Frédéric.

Frédéric told me about the Air France buses that run reliably and cheaply from airports to the city. He pointed me toward menus aimed at attracting business folk during hard economic times. As for sipping espresso or milky café crème, he said to take a seat at the cafe of my choice — but if I sat inside, I'd probably pay half of what I'd pay for an outdoor table. Even the standard tourist roosts are getting to be enticing. Indulging in a glass of Champagne, at about $13, atop the Eiffel Tower no longer seems out of line.

When you get into the countryside, the dollar's muscle really kicks in. For around $40, I spent the most delightful day on a round-trip train ride, 25 minutes each way, to a stunning château. I toured the Domaine de Chantilly (much less crowded than Versailles), where public rooms are awash in gilt and fine art. The grand stables have been converted to an equine-themed museum with interactive displays and equestrian demonstrations. How magnifique to experience such bounty without dreading your next credit card bill.

What to Know About Paris

Seasons: Though Paris is popular all year long, crowds are thinner in winter.

Freebies: Many attractions offer free entry on the first Sunday of the month.

Bargains: Browse the colorful flea markets. You may discover a fantastic deal.