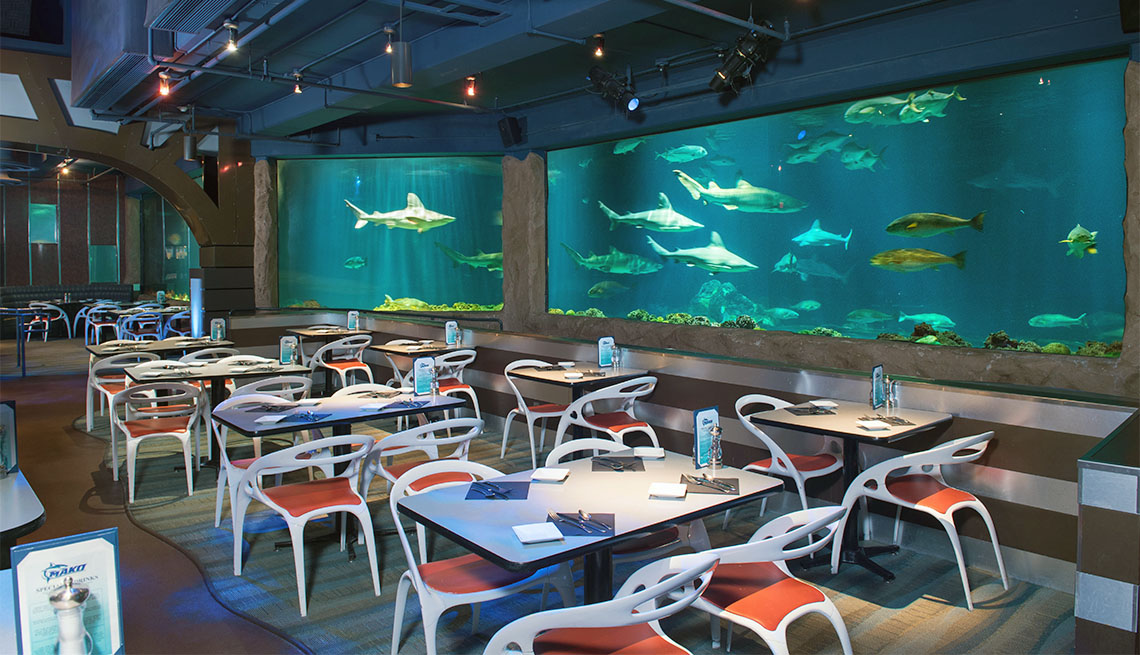 The foodie scene in Orlando has gone from fine to fab over the past decade: It’s now a haven for the farm-to-table movement, and there are spunky independent restaurants, too. Not to mention an impressive lineup of celebrity chefs, such as Masaharu Morimoto’s Morimoto Asia at Disney Springs, Emeril Lagasse’s Emeril’s Orlando at Universal’s CityWalk, and Norman Van Aken’s Norman’s at the Ritz-Carlton Orlando, Grande Lakes. Orlando is home to 17 James Beard Foundation Award-winning or nominated chefs.

Reservations are always best. Count on long waits at chain restaurants in the tourist district if you don’t call ahead or book with OpenTable. The celebrity-chef restaurants are mega-sized, so calling the same day works well.

Ways to save: Magical Dining Month is held every September. During that time, more than 100 restaurants offer three-course prix-fixe dinners for $35 per person.

Theme park eats go way beyond turkey legs and burgers. Don’t miss the Italian truffles and Japanese beef at Disney’s Victoria & Albert’s. California Grill has 250 wines on hand, and Trattoria al Forno has more than 30 wines by the glass and more than 60 by the bottle. Believe it or not, Walt Disney World Resort has more than 400 sommeliers. Cheers!

For fancy Italian, Bice Restaurant at Universal’s Portofino Bay Hotel can’t be beat. Think Chilean sea bass with Sicilian caponata and homemade tiramisu. A more affordable (and quite magical) option: Three Broomsticks, inside the Wizarding World of Harry Potter—Hogsmeade, where shepherd’s pie and fish and chips top the menu. At SeaWorld you can nosh on filet mignon while sharks swim by at Sharks Underwater Grill.

Eat your way around the world at Epcot, where the World Showcase dishes food from 11 countries, such as Neapolitan-style pizza (made with water from Naples), falafel wraps, and sushi or sashimi.

Ways to save: Find a foodie fix in a flash at Disney Springs. Food trucks and kiosks serve crowd pleasers like classic Canadian poutine, pork belly sandwiches and smoked salmon crepes. If you’re near downtown Orlando on a Tuesday, gobble up chicken and waffles and Philly cheesesteak sandwiches at the weekly food-truck block party on Robinson Street.