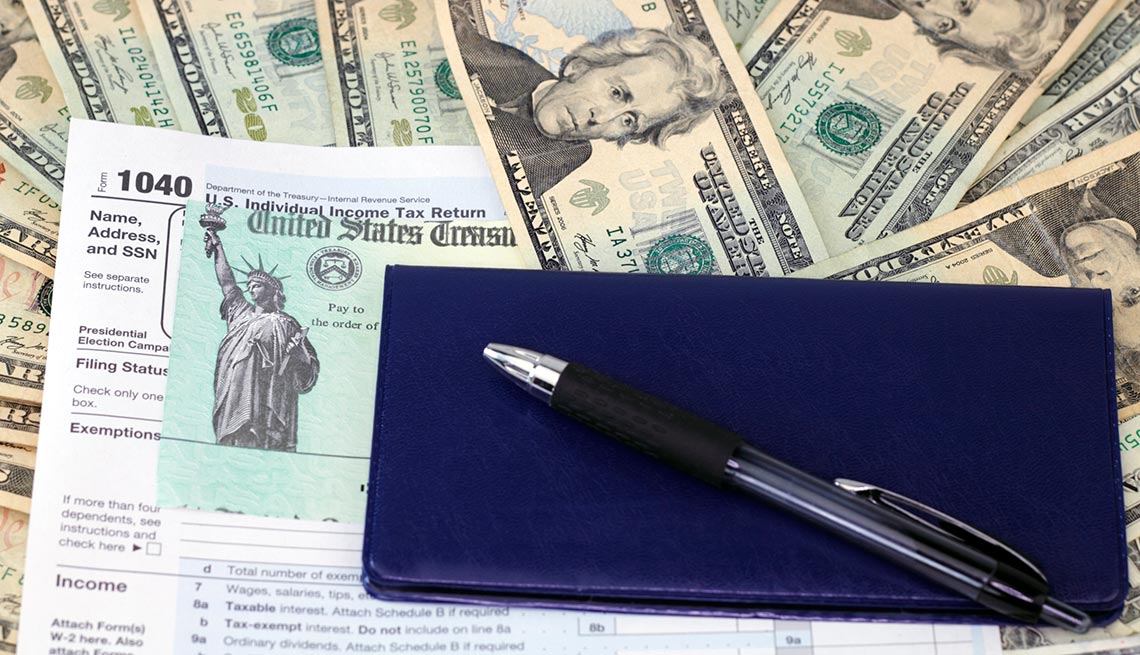 Many beneficiaries don't realize that social security income may be taxable

Q. When I signed up for Social Security recently, I was told that I might have to pay federal income taxes on my benefits. Is that true?

A. For better or worse, it's true. And if you do have to pay, you won't be alone. According to the Social Security Administration, about 40 percent who receive benefits have to fork out federal income taxes on a portion of those benefits.

The good news, sort of, is that you'll never have to pay taxes on all your benefits. The taxable amount tops out at 85 percent.

Q. So how is the taxable amount determined?

A. The basic thing to know is that taxes are tied to what Social Security calls your "combined" income.

To determine that figure, take your adjusted gross income (that's Line 37 on a Form 1040 tax return, or Line 4 on a 1040EZ) and add any tax-free interest that you have, such as interest from a municipal bond. Then add 50 percent of your annual Social Security benefit. You've now got your combined income.

If you file your federal tax return as an individual and your combined income is below $25,000, all your benefits will be tax-free. But if the number is between $25,000 and $34,000, you may have to pay tax on up to 50 percent of your benefits. There's a sliding scale that determines the exact portion.

And if your combined income is more than $34,000, up to 85 percent of your benefits may be taxable.

As for the tax rate, the taxable portion of your benefit is simply added to your total taxable income and taxed at the same rate as such things as wages and pensions.

Q. That's kind of complicated. Can you give an example?

A. Here's an example for how combined income worked out for a married couple named Tom and Carole.

But one way to think of it is like this: If you're basically living on your Social Security and have little other income, your benefits will be tax free. If you have other significant sources of income, you're going to pay at least something.

Q. In addition to federal taxes, do I have to pay state or local taxes on Social Security?

Rates and terms of taxation of the benefits vary by state.

Q. Are there any groups of people who are exempt from taxes on their Social Security benefits?

A. Yes. U.S. citizens who live in certain countries do not have to pay federal taxes on their Social Security benefits, regardless of how much other income they have. These countries include Canada, Egypt, Germany, Ireland, Israel, Romania and the United Kingdom.

And under a treaty with India, benefits paid to Indian citizens who are now residents of India are exempt from U.S. taxes if the benefits flow from work they did for the federal government or local governments in the United States.

Q. Is it possible to have tax withheld from my Social Security payments?

A. Yes. To start withholding, or change or end it, fill out IRS form W-4V (Voluntary Withholding Request). You can also get a copy mailed to you by calling the IRS at 800-829-3676.

When you fill out this form, you'll have to choose between four rates of withholding: 7 percent, 10 percent, 15 percent or 25 percent of your monthly benefit. Only these percentages can be withheld. Flat dollar amounts are not accepted.

If you want to know how much a particular percentage is equal to in dollars, call Social Security at 800-772-1213.

If you're new to benefits and think you're going to owe taxes, you'll do well to withhold or make quarterly tax payments. You can ask your accountant and other money professional to help you choose the best way for you.

Q. Have benefits always been taxable?

A. No. Taxation dates to 1983, when Congress passed a major overhaul of the Social Security system. Under that legislation, a maximum of 50 percent of benefits could be taxed. In 1993 Congress added provisions to the tax law that upped the amount to 85 percent. The additional taxes were aimed primarily at people with higher incomes — a trend that continues today as, for example, higher-income people pay higher premiums for Medicare Part B than do people with lower incomes.

Stan Hinden, a former columnist for the Washington Post, wrote How to Retire Happy: The 12 Most Important Decisions You Must Make Before You Retire.