En español | Social Security narrows the gap in retirement savings between white and African American households, but an early start to saving and equality in wages are keys to closing it, according to recent research.

The gap shrinks, however, if you factor in Social Security: Then, in the same group of boomers, whites have $2.20 for every $1 that African Americans have, and $2 for every $1 that Hispanics have. “Social Security is the most equal and most important form of retirement wealth for minority households,” the Boston College paper concludes. 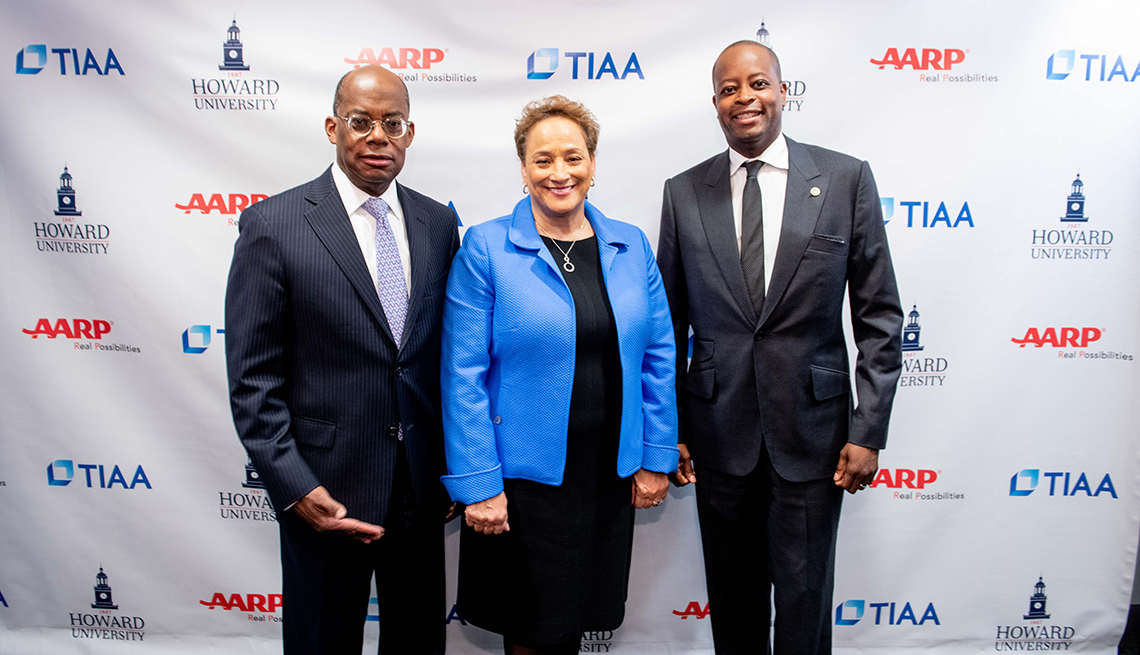 To further close the gap in retirement savings, communities will need to fix the financial challenges that prevent many black Americans from saving money for life after work, experts say. For example, unexpected emergencies can especially hurt households that have not been able to build savings. “AARP recently conducted a national survey of adults in the U.S. aged 30 and older and found that 3 in 5 African Americans experienced an unexpected financial challenge in the past year,” said AARP CEO Jo Ann Jenkins at a Howard University roundtable on financial wellness in the African American community Jan. 31. “And, of those, 2 in 3 reported facing more than one."

Those challenges are exacerbated by higher unemployment rates and lower average wages than for whites, despite the record economic expansion overall. African American unemployment for those 16 and over stood at 5.5 percent in the fourth quarter of 2019 — a record low — compared with 3 percent for whites and 4.3 percent for Hispanics, according to the Bureau of Labor Statistics.

The wages for African American women are lower. In the fourth quarter of 2019, African American women earned a median $738 a week, compared with $778 for black men, $859 for white women and $1,058 for white men. “Significant wage gaps due to racial biases and gender disparities have lowered their income-earning potential, and a lack of financial- and investment-related education has left black women unsure about moves they can or should make to boost retirement savings and financial security overall,” the AARP's Jenkins said.

Some signs at the Howard University event suggested that college students also are focusing on learning more about their financial education and plans. Ryan Hall, for example, a freshman at Howard's Business School, has not only a savings account but also a brokerage account.

Hall said schools are starting to do a good job at part of financial education but not all of it. “What's missing is telling people how to protect their wealth once they get it,” he said.

AARP Money Map can help you take control of unplanned expenses and get you on back on track to financial stability.

More on Securing Your Retirement