Refresh your driving skills and you might save on auto insurance! Take the AARP Smart Driver course. 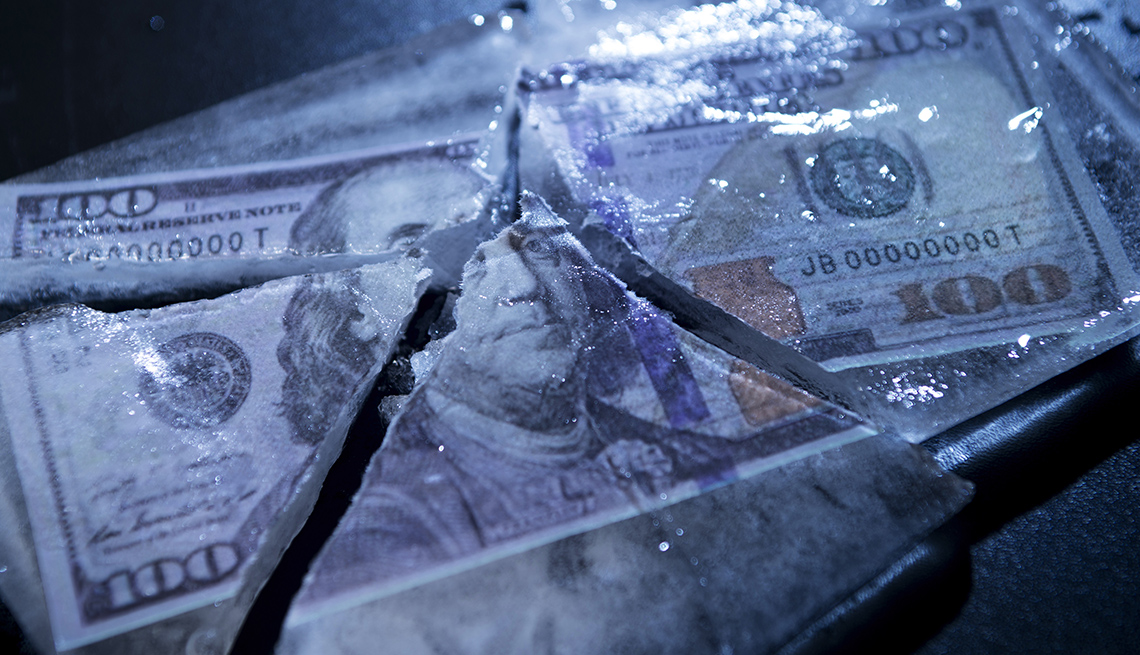 En español | The traditional three-legged stool of retirement — pensions, Social Security and savings — is rapidly losing one leg, and that change could leave your retirement plans wobbly.

If you've been counting on a corporate pension, make sure you know what to do if that pension gets frozen. The latest example is General Electric (GE), which announced on Oct. 7 that it would freeze its pension for about 20,700 salaried employees. It's offering buyouts to 100,000 former workers who haven't started getting pension benefits yet.

When a company freezes its pension plan, that typically means the employees won't be able to accumulate any additional future benefits after the freeze takes effect, which is what GE has done. Retired workers who are already receiving benefits are not affected by pension freezes.

GE shut its pension to new employees in 2012. Those workers who are in the plan now will no longer accrue new benefits after Dec. 31, but they won't lose any pension benefits they have earned up to that point.

To offset some loss of additional pension accruals, GE employees will get an extra 2 percent of their salaries in their 401(k) savings plans for two years.

Two-thirds of plans eliminated since 1983

Like many other companies, GE used its pension to attract and keep workers, but corporate pensions, in general, are rapidly disappearing. 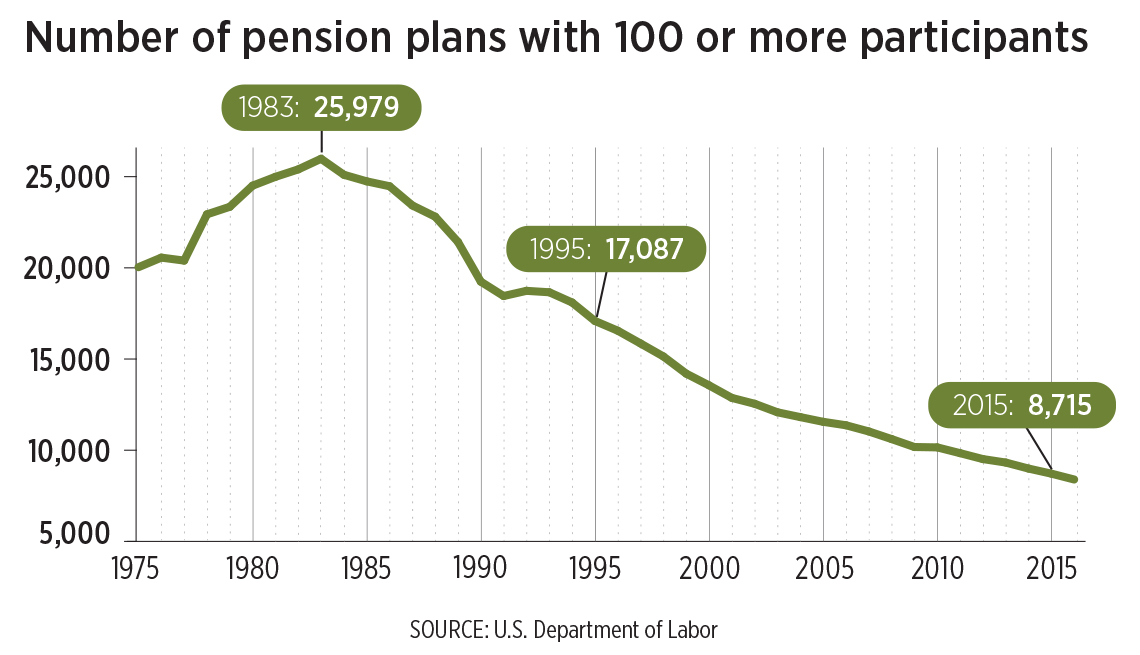 Other major companies that recently have frozen their pension plans include DuPont, IBM and L.L.Bean.

For workers who have stayed with a firm because of promised pension benefits, a frozen pension can be a big financial hit. Businesses determine pension payouts using a formula that looks at years of service and an individual's peak salary over a number of years.

Someone who is 50, for example, could reasonably expect higher earnings over the 15 years before retirement, so a pension freeze at 50 could mean a big benefit cut.

"It really damages a person in the mid to late portion of their career,” says Jean-Pierre Aubry, associate director of state and local research at the Center for Retirement Research at Boston College.

What should you do if your plan is frozen?

Make sure you understand what kind of freeze your company is doing. The GE freeze is typical, but some pension freezes simply keep new employees from participating while continuing the plan for older workers.

Other freezes stop giving pension credit for future years of work, but calculate the benefit on the time employees leave work, rather than the date of the freeze.

Ask your human resources department for an estimate of your pension benefits when you retire. This can sometimes take weeks.

Be sure to ask for both an estimated monthly payout as well as an estimated lump-sum payment, if that is available. You should also ask what the payout would be to a spouse if the employee died.

You'll need these figures when you're trying to decide when to retire.

If the firm offers a lump-sum payout, you'll need to decide if you want that amount instead of monthly payments. Although you could place that money into an individual retirement account, many advocates for older adults warn that lump-sum payments do not offer the long-term security of a monthly benefit but, rather, shift all of the investment risks directly to you.

A 2017 survey from MetLife determined that 21 percent of those who took a lump-sum pension payout had spent all of the money in just five years, on expenses that weren't even connected to retirement. And if you do spend money from the lump sum, you'll owe taxes on what you withdraw, as well as a 10 percent penalty if you're younger than 591/2.

Taking a lump sum requires some self-awareness. Are you comfortable managing a large amount of money by yourself? How much would you have to pay someone else to manage it for you?

Financial advisers typically charge 1 to 2 percent of your assets annually, although you often can get computerized advice for 0.5 percent or less.

You may also have to increase your contributions to your 401(k) or other defined contribution plan.

"As designed, defined contribution plans give employees less,” Aubry says. And because contributions aren't mandatory — and reduce your salary — many employees put away less for retirement than they would if they had a pension.

John Waggoner has been a personal finance writer since 1983. He was USA Today's mutual funds columnist from 1989 through 2015 and has worked for InvestmentNews, Kiplinger's Personal Finance, the Wall Street Journal and Morningstar.