Sign up for our monthly Lifestyle newsletter for entertainment news, healthy living tips and more. 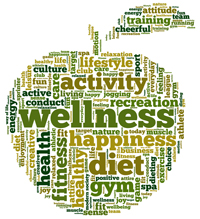