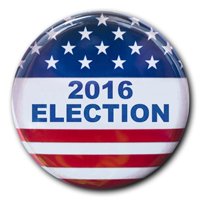 En español | This national survey of likely voters ages 50+ examines voters’ views on the future of Social Security, presidential leadership and the 2016 election and their personal finances.

This survey of 1,659 registered voters ages 50+ who are likely to vote in the November 2016 election was conducted by telephone, via landline and cell phones, for AARP by Hart Research Associates and GS Strategy Group from February 27, 2016 through March 6, 2016.  The total sample of 1,659 included oversamples of Hispanics/Latinos and African Americans/Blacks for a total of 427 interviews with Hispanics/Latinos and 420 interviews with African Americans/Blacks.   All media inquiries about this report should be directed to (202) 434-2560.  For all other questions, contact S. Kathi Brown, AARP Research, at SKBrown@aarp.org.