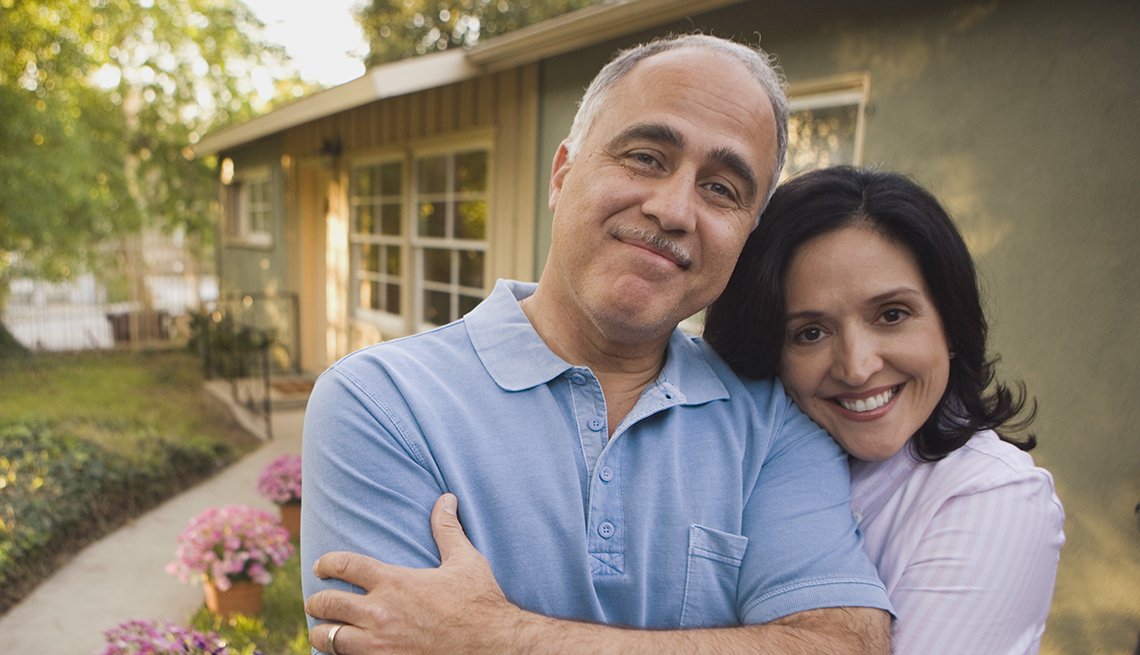 The AARP Public Policy Institute focuses on issues of critical importance as we age. Below we highlight research, analysis, background and commentary on Middle Class Security.

The latest monthly digest of employment data from the Bureau of Labor Statistics (BLS) examines the findings from the Employment Situation Report. It takes a closer look at employment data for people ages 55 and over, including labor force participation, employment rates, and duration of unemployment. Read

It's time to bring the Earned Income Tax Credit (EITC) into the 21st century by removing its age ceiling. Today’s policy makers looking for ways to improve retirement security and incentivize older workers to remain in the workforce, can start by updating this outdated policy that excludes most low-income workers ages 65 and older from one of the nation’s backbone income-support programs simply by virtue of their age. Read

Despite the United States being in the midst of a prolonged period of economic growth and record-low unemployment, a large share of Americans remain just one surprise event away from financial distress. This report focuses on emergency savings accounts as one potential solution to short-term financial fragility. Read

States have considered creating individual retirement savings programs that would serve only their own citizens. However, states should explore other models — ones based on a multi-state or regional approach that would enable participating states to provide even better services to their citizens. Read

A Look at College Costs across Generations

College costs have risen dramatically over the past several decades. This report compares college costs from 1964-1965 up through the present day, and examines how higher costs—and increased borrowing—may affect young workers’ future retirement security. Read

Student loan debt is an intergenerational problem, burdening borrowers of all ages and threatening the long-term financial security of millions of families. This paper examines the landscape of student loan debt with a focus on older borrowers, including increasing loan balances, defaults, taking on debt to help family members, and the implication for long-term financial security. Read

Saving at Work for a Rainy Day: Perspectives from Employees

Today, a significant share of American households lack the financial resources to weather a modest financial setback. According to the Federal Reserve, four in ten American households could not come up with $400 in a financial emergency. This lack of liquid savings puts their short-term and long-term financial wellness at risk. Read

An Aging Labor Force and the Challenges of 65+ Jobseekers

Although the labor force participation rate of older workers is growing, jobseekers ages 65 and older face many challenges in their search for work. Compared with younger jobseekers, they experience longer durations of unemployment, and many encounter age discrimination. They are also more likely to be reentering the labor market after time spent away, or to be rebuilding their career after a layoff. Read

Seniors with High Unreimbursed Health Care Costs: Who Are They?

In 2013, roughly 25.8 million traditional Medicare beneficiaries spent at least 10 percent of their income on out-of-pocket health care expenses. The medical expense tax deduction makes health care more affordable for people with significant out-of-pocket expenses. This factsheet presents some of the key socio-economic and health characteristics of Medicare beneficiaries who bear such a high health care cost burden and for whom the medical expense tax deduction is critical. Read

Today taxpayers with high out-of-pocket medical expenses may be able to deduct a portion of their costs from their taxable income. In 2015, 8.8 million taxpayers relied on this tax provision, deducting $86.9 billion.1 Between 2016 and 2020, the deduction is estimated to reduce the tax bill of these taxpayers by a total of $56.6 billion. Read

Many older adults continue to rely on the traditional copper wire landline phone networks. However, many telephone companies are now switching to fiber networks using Internet Protocol services, or to fixed wireless service. This transition raises important consumer concerns about issues such as reliability, service quality, and cost. Read

The Fight to Eliminate Unwanted Robocalls

The Importance of an Open Internet to Older Americans

Maintaining an open Internet is central to keeping making sure older adults benefit from all the Internet has to offer. Without the open Internet consumers could face reduced Internet access, higher costs, and miss out on innovative products and services that could benefit older Americans. Read

Improving the Saver’s Credit for Low- and Moderate-Income Workers

This report reviews the existing structure of the Saver’s Credit and proposes several ways to make it more effective. It also discusses retirement plan coverage for low- to moderate-income workers and considers a number of ways to improve both the effectiveness and the utilization of the credit. Read

Millions of households have little to no liquid savings to cushion them from the unexpected. While liquid savings levels increase with age and income, a third of pre-retirees have less than $2,000 in liquid savings, which is the cost of a typical worst-case financial shock. Read

When individuals save for retirement they are less likely to rely on public assistance programs later in life. These fact sheets show the fiscal savings to state governments that could result from lower-income retirees having saved through Work and Save programs during their working years. Read

Access to Workplace Retirement Plans by Race and Ethnicity

Workers are 15 times more likely to save for retirement if they have access to a payroll deduction savings plan at work. Yet nearly half of American private-sector employees—roughly 55 million—work for an employer that does not offer a retirement plan. Black, Asian, and Hispanic employees are less likely than White employees to be covered by a plan. They also strongly support efforts by states to create retirement savings programs for small-business employees whose employer does not already offer a plan. Read

Disrupting Aging in the Workplace: Profiles in Intergenerational Diversity Leadership

The AARP Public Policy Institute conducted a series of case studies of leading employers to examine programs and practices that address age diversity and the intergenerational workforce. Five companies from a variety of industries and of different sizes were selected for inclusion in the study: Huntington Ingalls Industries, UnitedHealth Group, Centrica, PNC, and AT&T. Interviews were conducted in February and March 2016 with human resources staff, diversity officers, and program managers. Read

Guaranteed Returns in Retirement Savings Plans: Are They Worth the Cost?

This report discusses investment guarantees that promise to deliver at least a certain level of return.  It also covers both the costs of such guarantees and their potential value to savers. Read

In an effort to protect consumers and fight exploitation, AARP is spotlighting promising practices of financial institutions around the world. Read

What Types of Costs Would a State-Sponsored Retirement Savings Plan Impose on Employers: A Case Study Using the Illinois Secure Choice Savings Program

This Insight on the Issues explores the experiences of a group of unpaid family financial caregivers to examine the challenges they face. Read

How to structure an effort to improve retirement savings opportunities for private sector employees.  Read

The unemployment rate for older workers falls to 4.4%. Other indicators are improving as well. Read

The AARP Public Policy Institute (PPI) conducted a year-long, multidisciplinary exploration of the well-being of America’s middle class with a focus on prospects for financially secure retirement. The Middle ClassSecurity Project offers insight, analysis and an agenda for policymakers to consider. The following reports provide findings from this project.

Women live longer than men, have lower earnings, and are more likely to outlive some sources of retirement income.  Read

Sources of Income for Older Americans, 2012

Social Security remains the mainstay of retirement income for most older Americans. Read

Many younger Americans will find it harder than their parents to maintain the living standards of their working years when they retire. Read

Income and Poverty Among Older Americans

Many older Americans continue to suffer financial setbacks from the Great Recession. Read

Gains in net worth have been offset by rising debt, threatening long-term financial security. Read

Tracking the Decline: Middle-Class Security in the 2000s

What Has Happened to Middle-Class Income?

A troubling picture of credit card debt near or in retirement. Read

The Impact of Rising Healthcare Costs