Real-life body snatching came to the University of Texas Medical Branch (UTMB) at Galveston — and it wasn't pretty. 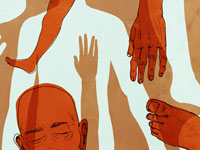 Part of the Texas State University System, UTMB, which has both a hospital and medical school, started the Willed Body Program to provide cadavers for medical students. The program encouraged people to donate their bodies for medical research. The program's employees assured donors that they would be advancing the cause of medicine. Any individual could will his or her body to the program, or family members could donate the body of a deceased relative. Once the university was finished with the bodies, the cremated remains would be returned to families that requested them.

In the spring of 2002, UTMB learned that bodies had been mishandled. Allen Tyler Jr., the supervisor of the program, was accused of transferring or selling bodies or parts of bodies to other states.

Companies needed cadavers to demonstrate new products to doctors. If only the torso were needed to demonstrate a product, such as a new bladder suspension tape for incontinence, the arms, legs and head of the cadaver would be cut off before shipping. A body broker in New Jersey paid Tyler for bodies — and Tyler pocketed the money.

After Tyler's ploy was discovered, UTMB admitted that it could not properly account for body parts. Limbs had been commingled. Ashes from multiple cremated bodies had been mixed together. It was impossible to ensure that families received the ashes of their loved ones. UTMB officials admitted that a "failure of oversight … caused pain to the relatives of those to whom [it] owe[s] such a special debt of gratitude."

Family members of the deceased whose corpses had been misused were shocked, heartbroken and incensed. They filed a number of lawsuits, some with multiple plaintiffs, against UTMB. The families sued for negligence, breach of contract, fraud and intentional infliction of emotional distress. They argued that UTMB did not do effective inspections of the Willed Body Program's facilities and records. They also said that UTMB did not ensure that accurate records were maintained, or that the bodies were handled according to the law and regulations. UTMB, the families charged, should have revoked Tyler's authorization to receive willed bodies, and overseen and approved any transfer of bodies out of state.

While UTMB officials offered apologies to the families, they did not accept responsibility for the abhorrent situation caused by Tyler. Instead, UTMB argued that the state was immune from a lawsuit over a contract. This "sovereign immunity" could only be overcome if the legislature allowed the suit to go forward. All of the donors, UTMB pointed out, had signed a form that stated UTMB would not be held liable in any way with regard to the corpses. UTMB regretted the situation, but argued that the court could not interfere.

Should the university be held accountable for the mishandled bodies? How would you decide? (Read the verdict.) 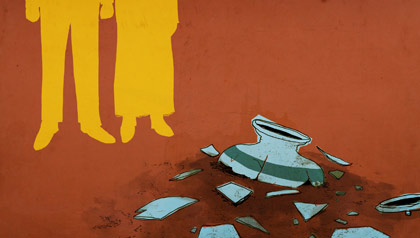 Decisions from the families' lawsuits, which were heard by various courts of appeal in Texas, came to the same conclusion: Because the donors had entered into a contract with the university, the only way the families could sue would be to overcome sovereign immunity. The Texas legislature had to pass a statute or resolution giving the families authority to sue the university.

Although the families tried to argue that they did not have a contract case, but rather a case for negligence, the courts disagreed. If there had been no contract, the courts explained, a negligence claim could have been allowed, because negligence claims against the state have a statutory exception.

But since there was a contract, sovereign immunity applied, despite the fact that negligence may have existed. The courts held that UTMB had no liability to the families.

During the 2005 legislative session, the Texas Senate passed a resolution that would have allowed all of the family plaintiffs to sue the university. The resolution was sent to the Texas House of Representatives, where it died in the State Affairs Committee.

None of the families received monetary compensation from UTMB.