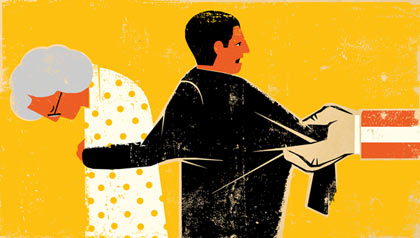 Should an illegal immigrant be allowed to stay in the United States to take care of his ailing mother?

En español | Editor's note: Hear Ye! Hear Ye! explores a real court case. Read about it below and decide how you would rule. Then read the actual verdict and let us know whether you agree.

In 2007, Alberto Salvador, a 47-year-old divorcé, was working construction jobs and doing electrical work to make ends meet. He was living with his mother, Flora Ochante, in Orange, N.J., when a notice came to his door. The Immigration and Naturalization Service had discovered that he was a citizen of Peru who had entered the United States in 1996 without a visa. They were charging Salvador with being in the country illegally.

See also: Cost of taking care of Mom and Dad.

At his hearing before an immigration judge, Salvador admitted that he could be legally ordered to leave the country, but he argued for cancellation of his removal because his mother needed him. Salvador's mother was a legal permanent U.S. resident, and Salvador was her sole support. He argued that he did "almost" everything for his 71-year-old mother, especially since cataract surgery had severely impaired her vision. She could not see at all out of her left eye, and her right eye was blurred as if "it's raining." He said she also had kidney stones in both kidneys and took cholesterol medication. She was not on Medicare or Medicaid, and had traveled to Peru for all of her operations. Salvador paid all of his mother's medical bills.

Salvador argued that his removal should be canceled, since his mother relied on him financially and emotionally, and would suffer terribly if he were forced to leave the United States.

The immigration judge who heard Salvador's case found that Ochante would not suffer any greater hardship than what is normally expected when a family member is deported. He found that she was in good health for someone her age in the United States. He also found that Ochante's daughter Hilda Chavez, a U.S. citizen, could take up the slack after Salvador's deportation. The judge ordered that Salvador be deported back to Peru.

Salvador appealed the ruling to the Board of Immigration Appeals (BIA). He argued that his sister has two children, and that she would not have the time or money to take care of their mother as he does. He also took issue with the judge's assessment of his mother's health. Although Ochante could walk, she had multiple physical problems. Salvador said the judge had a duty to look at the total effect of her health issues on her circumstances.

The judge didn't do this, Salvador contended, but simply said she "looked her age," and failed to show that he had understood the totality of Ochante's health problems. Her condition was more serious, and her dependence more extreme than the judge recognized, Salvador said. For this reason, Salvador argued that he should be allowed to remain in the United States and continue caring for his mother.

Should Salvador be allowed to stay in the United States? How would you decide? 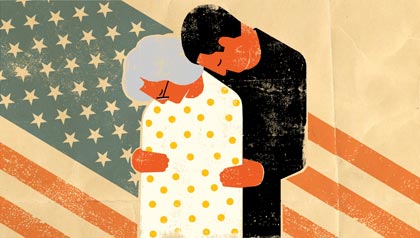 The judge allowed Salvador to remain in the United States because he received notice that his visa petition was approved.

The Board of Immigration Appeals (BIA) looks at four criteria for cancellation of removal. Alberto Salvador would have to prove that:

This hardship must be substantially beyond what would ordinarily be expected to result from the person's departure. The law requires the board to consider the age, health and circumstances of the qualifying family members, including how a lower standard of living or adverse conditions in the country of return might affect those relatives.

A person seeking to cancel his or her removal can succeed based on the needs of an ailing older relative, but the BIA found that Salvador's mother was not ill enough to create an extreme hardship. The BIA also agreed with the immigration judge that Salvador's sister lived nearby and could provide care.

Salvador appealed to the 3rd Circuit Court of Appeals, but before the court issued its decision, Salvador's status changed. His sister had filed a petition more than 10 years earlier for him to get a green card to work in the United States. Salvador received notice that this visa petition was approved. After years of uncertainty, he can now stay in the United States and take care of his mother.

Do you agree with the BIA's decision?

Also of interest: Are you overwhelmed caring for someone else?