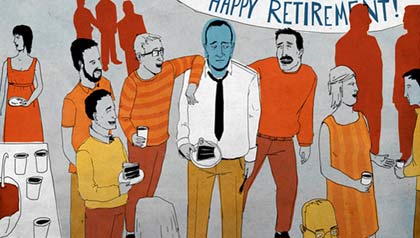 Can an employee who chooses voluntary retirement over being fired successfully sue for age discrimination?

Robert Hale was 60 years old when Anton Paar USA, a laboratory and industrial equipment company, hired him as a laboratory product manager on Oct. 2, 2000. His job included training as well as providing technical information to the APUSA sales force. He also served as the primary customer contact for laboratory questions and technical support.

Although APUSA was located in Ashland, Va., its parent company, Anton Paar, was in Graz, Austria. In 2003, Anton Paar took control of APUSA and began reorganizing. On March 3, 2004, the board of directors decided that Hale needed to be replaced as product manager and began planning to find someone new, a task that took seven months.

On Nov. 12, 2004, the board told Hale that he would have to leave the company. When Hale heard the news, he asked whether he could stay employed until the end of the year and retire with his benefits fully vested. APUSA agreed to let Hale formally retire, letting him stay an extra six weeks.

But Hale wasn't happy about what he considered a forced retirement. Even though he had voluntarily retired, APUSA had not given him a choice. He filed a charge of age discrimination, claiming that he had evidence that APUSA pushed him out because of his age.

In the discovery phase of the case, Hale found out from the president of APUSA that the head of Anton Paar, Friedrich Santner, had stated in a board meeting that Hale was too old. The minutes from the meeting showed that the board instructed the president of APUSA to look into the legality of forced retirement. At the same meeting, Santner also said that older employees could not work as hard as younger ones. Hale also had an affidavit from the office manager of APUSA stating that Hale's firing came about because of his age.

The American attorneys for APUSA said that if Hale felt his termination was unlawful, he shouldn't have retired and taken full benefits. They said Santner was not familiar with U.S. law, and made lone, isolated comments about age that were not part of the decision-making process. Santner's comments, they said, only expressed a vague sentiment about generational change, and did not intend to discriminate. The decision to remove Hale, APUSA argued, came seven months after Santner's remarks, which makes it clear that the decision was not related to the comments. Rather than firing Hale for a discriminatory reason, APUSA said, the board was terminating Hale for poor performance. Besides, even if age figured into their decision, APUSA argued that they would have fired Hale anyway. He just wasn't up to the job.

Does Hale have a case of age discrimination? How would you decide? 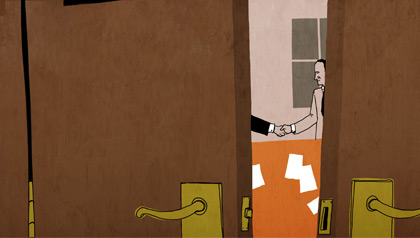 APUSA settled the case with Hale.

Hale brought his case before the U.S. District Court for the Eastern District of Virginia. APUSA asked the court to dismiss the case before trial, through an action called summary judgment, arguing that Hale had not shown the basic evidence needed for an age discrimination case.

In examining the evidence, the court had to decide whether there were disputes over issues of fact that would require a jury. Looking at Santner's statements about Hale's age, the court found that whether or not Santner's remarks were general and innocuous, or evidence of discrimination, was a question for the jury. As to whether Hale would have been fired regardless of his age, the court explained that there is no age discrimination if an employer can show legitimate reasons for termination. But the court decided that APUSA's claim that Hale would have been terminated regardless of his age required a jury's deliberation.

APUSA's request for summary judgment was denied. Once the court ruled that Hale could go ahead with his lawsuit against the company, APUSA settled the case. As part of the settlement, both parties agreed to keep the details confidential.