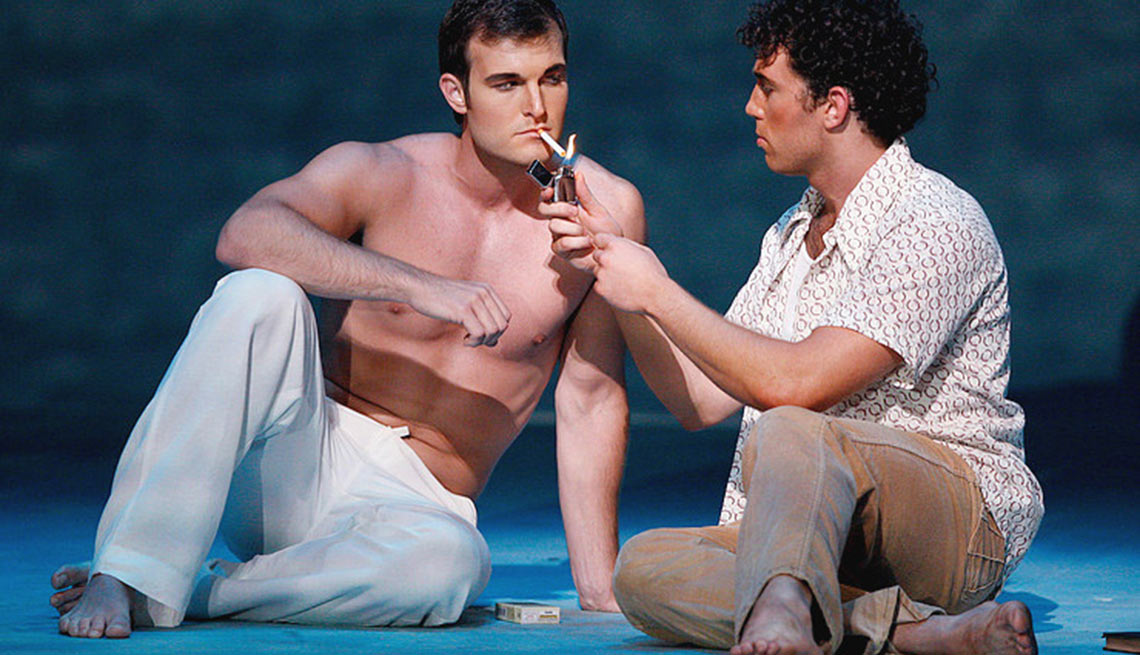 For years, composer Jorge Martín fought the idea of setting the late Cuban writer Reinaldo Arenas’s 1993 memoir, Before Night Falls, to music. It wasn’t until he tapped into Arenas’s muses that his opera of the same name, set to premiere next season at the Fort Worth Opera Festival, began to crystallize.

Arenas, born in 1943, lived an openly gay life in a Cuba that was intolerant of both his lifestyle and defiance of the Castro regime’s repression of dissidence and freedom of expression. Thrown in jail and censored repeatedly, Arenas slipped his manuscripts out of Cuba, garnering acclaim abroad for his irreverent wit and free-flowing, imaginative narrative. His memoir—published posthumously in 1993 and on The New York Times list of the top ten books that year—chronicles his ordeals in Cuba, his escape to the United States through the 1980 Mariel boatlift, and his subsequent battle with AIDS before committing suicide in New York in 1990.

"Reinaldo was an engaging storyteller. Reading his memoir, you felt like you had a relationship with him, it was like he was talking to you," Martín says, echoing a common characterization of Arenas’s writing. "It made you cry out loud and laugh out loud. Among gay male circles, it was a cult piece."

After much soul-searching, Martín obtained the musical adaptation rights from Arenas’s heirs in 1995, and over the years wrestled with how to bring Before Night Falls to life on a stage. He decided to select just a few of the memoir’s driving themes, such as breaking free. "He escaped from the little village he was born in to Havana; he got out of prison; he escaped Cuba," Martín says. Then, in a more quiet voice, "What he couldn’t escape was AIDS."

Martín scaled down the cast of characters, picking only the most relevant and making composites of others. And he opted not to take a purist approach to retelling the memoir, instead infusing some fantasy, in the protagonist’s style and spirit. "Arenas’s work had a lot of flights of fancy," the composer says. "He loved imagination. In his novels, animals sometimes talk; lots of crazy things happen in his stories. To be true to his work, I decided to take that and run."

He also decided that a perfect flight of fancy for the opera would be to have two muses, both of them female, representing the moon and the sea—two important symbols in Arenas’s work. And he took other departures from both the book and a movie adaptation released in 2000. The book and film, for example, end depressingly, with Arenas’s final days. But Martín, notes Wes Mason, who is cast as Arenas in the opera, opted for a celebratory finale.

"The opera still has Reinaldo’s death," says Mason, "but Jorge morphs the sorrowful tone into these gorgeous duets between the sea and the moon—the muses—about how Reinaldo’s work will go on."

"Reinaldo achieved many of his goals," Mason says. "He didn’t get to see a free Cuba, but he got his work out, he got published, and he had huge successes. Jorge captures that with a tone of hope, of life and liberty."

Originally intending to write only the music, Martín decided to co-write the libretto with Dolores Koch, a Cuban American living in New York who had translated the memoir into English and who had known Arenas well. "Dolores was very important to me because yo no quiería meter la pata," Martín says, laughing after adding the popular Cuban phrase. "I didn’t want to make a terrible mistake in terms of historical things or tone."

Koch, like others who have worked on the opera, praises Martín for his willingness to listen to others’ ideas and giving them creative freedom. "He’s extremely talented," Koch says. "Reinaldo would have been overjoyed with this opera. I think he would have most liked the muses."

The artist who had been reluctant to touch the memoir found that it had become a labor of love. "Operas are usually commissioned by opera companies, but we did the libretto and I was writing the music, and it wasn’t commissioned," Martín says.

He contacted several opera companies, but the response was a deafening silence—until Darren K. Woods, general director of the Fort Worth Opera, heard about Before Night Falls and organized a workshop staging of it at the Seagle Music Colony in upstate New York.

"The opera is about freedom of expression and of speech, and what we will do or must do to preserve it," says Woods, who is featuring Before Night Falls next season alongside such well-loved operas as Mozart’s Don Giovanni and Donizetti’s The Elixir of Love. "Adding music and singing elevated the material even further."

Mason, who played the role of Arenas at the workshop, says there was some trepidation about how opera aficionados—who are known for preferring classics such as La Bohème and La Traviata—would react to Before Night Falls.

"There are plenty of conservatives who attend operas who completely disagree with the homosexual lifestyle," says Mason. "But at the end of the workshop everyone leapt to their feet, applauded, and cheered. I stood there and wept."