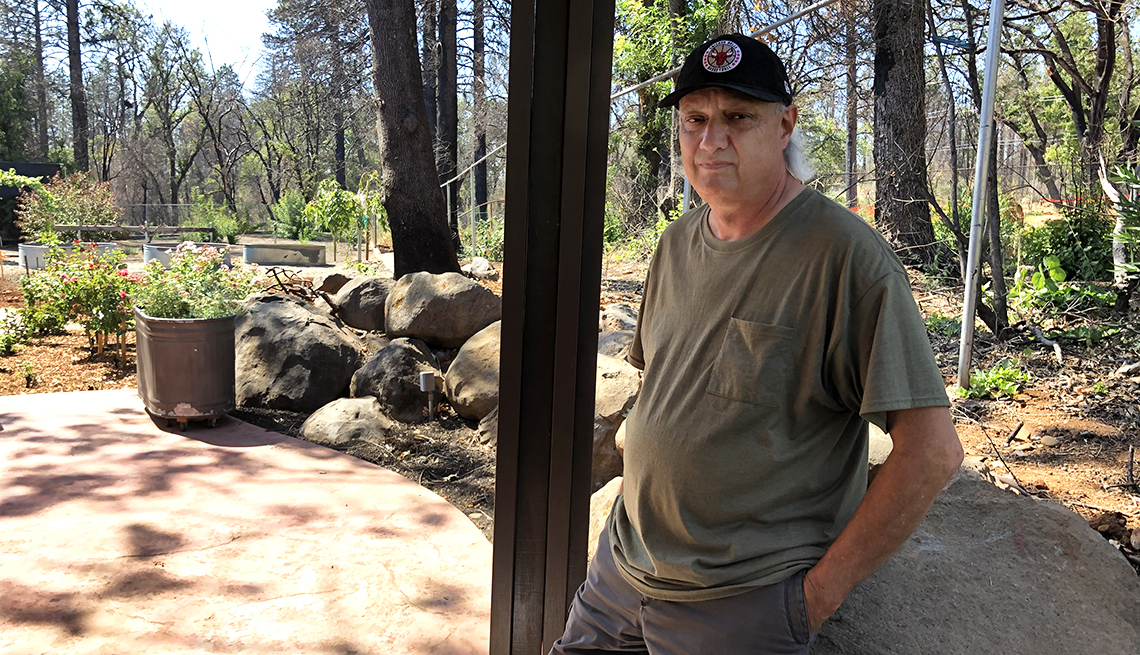 PARADISE, California — The Camp Fire robbed Jim Knaver of what was dearest to him: the woman he loved for 43 years, their home, two cats and two dogs.

He sums up the tragedy in four haunting words: “I lost my family.”

Even in a place where so many people lost so much, Knaver suffered losses greater than most in the November 2018 fire that ravaged the town of Paradise.

But after prayer and soul searching, the 65-year-old Knaver, a newly retired elementary school teacher, in August bought a handsome, three-bedroom split-level in a part of town relatively unscathed.

“I feel like there’s a reason why I’m here right now,” he says, speaking from his living room one day after closing. “And a part of that is helping this community rebound and recover.”

Knaver taught fifth and sixth graders in neighboring Chico for 31 years. People suggested the widower escape from it all and move someplace else. But he knows his town took a gut punch — and he wants to give back.

“It’s not going to be easy for anybody, but I have a lot of really deep, deep connections with friends in this area and colleagues and kids who I’ve taught and families who I’ve known and musicians I have played in bands with and/or just sat down and played Neil Young songs around a campfire with, that kind of thing,” he says.

“I just don’t see myself living anywhere else,” he adds. “Toni would never forgive me if I walked away.”

Anna “Toni” Hastings was his common-law wife. She was from Ireland. He’s from Indiana. She was tiny. He’s tall and sturdy. They met in San Francisco as 20-somethings. He sang tenor and played guitar back then, notably with a band called Trixx. She was moonlighting as a waitress with a day job in a vintage clothing store. The pair moved in together about a month later, and never bothered with a marriage license. “We’re ’60s people — we never needed the paper,” he says.

In Paradise, their green, ranch-style home with tall silver maple trees and canyon views was to be their “forever” home.

Hastings, he says, “was a genuinely unselfish, caring human being that cared about everyone and every little creature on the Earth.”

“And I was pretty lucky to know her all that time,” he says, “and everyone else that knew her feels the same way.”

Amid searing pain and grief, Knaver takes the long view, observing: “I’ve had a pretty blessed life, so I feel like it’s time for me to also extend myself to people who maybe aren’t as fortunate as I am, especially under these circumstances.

“It would be really easy for me to just say, ‘Well, all my ties are cut and I don’t have to work a day job anymore, I have a good retirement and I got a little bit of insurance money.’

“I could just easily go vacation for the rest of the time I’m here on the planet. But that’s not really the kind of values I was raised with, and I wouldn’t feel comfortable doing that.”

The morning that the fast-moving fire threatened, Knaver was teaching in nearby Chico and couldn’t persuade Hastings, who had scoliosis, to evacuate with a neighbor. At 67, she had never learned to drive and her neighbor didn’t have room in his car for the pets. She wasn’t leaving without her beloved pets. Knaver tried desperately to get back into Paradise, picking up rides with cops and trekking on foot when he had to, until ahead he saw a 100-foot wall of fire. “It was 70-, 80-foot Ponderosas on fire, and giant cedars,” he says.

“You’ll never make it through,” a firefighter warned. “I promise you, you will die.” 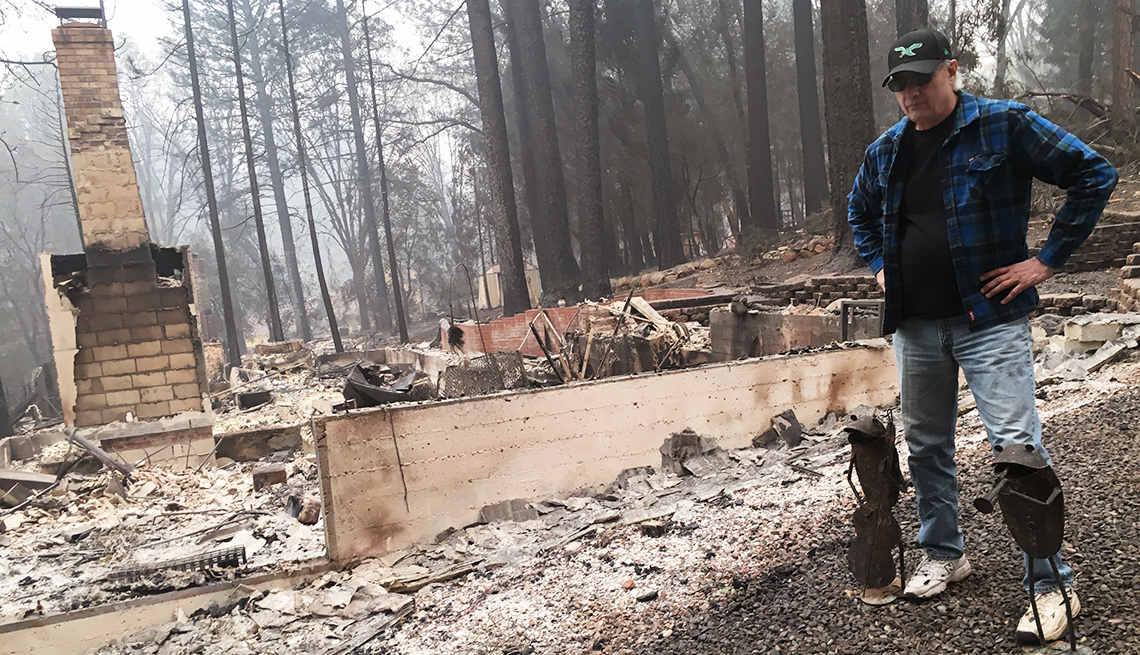 Jim Knaver stands in the ruins of his home after the Paradise Camp Fire.

A week after the fire, Knaver’s broken voice was heard on National Public Radio as a reporter chronicled his search for Hastings, among more than 1,000 people reported missing. The reporter was with him when he was allowed back into the fire zone for the first time. They found nothing but his home’s brick fireplace and chimney still standing, the rest of the house in ruins, blanketed in ash.

A search dog later detected her remains in the ashes. Knaver believes Bella, their Great Golden Dane; Maggie, a dalmatian; and cats Penny and Sir Winston Cathill died with her.

He plans to build a music studio in his new place, lend a bedroom to friends still displaced by the fire and change the doorbell, which plays “The Star-Spangled Banner.” Rock ’n’ roll is more his style.

But all that can wait. On this 100-degree day, he gazes out the front window at a pileated woodpecker lunching at a feeder. And Knaver professes a calm that’s eluded him.

A four-legged friend joined him in September: a dalmatian puppy, named Molly. 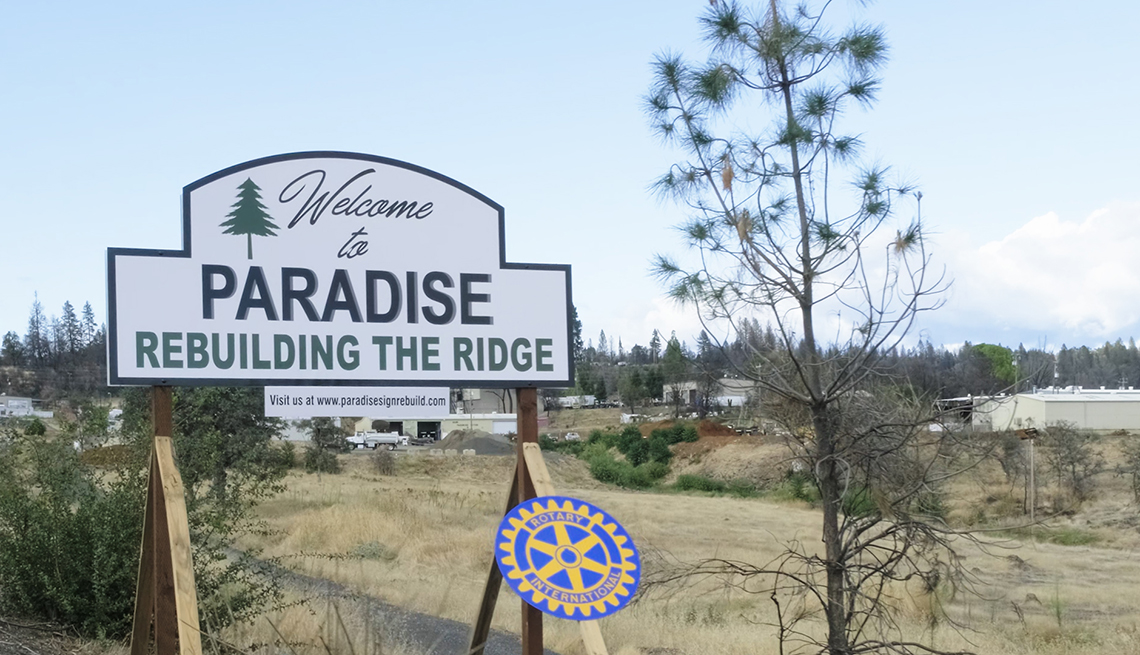 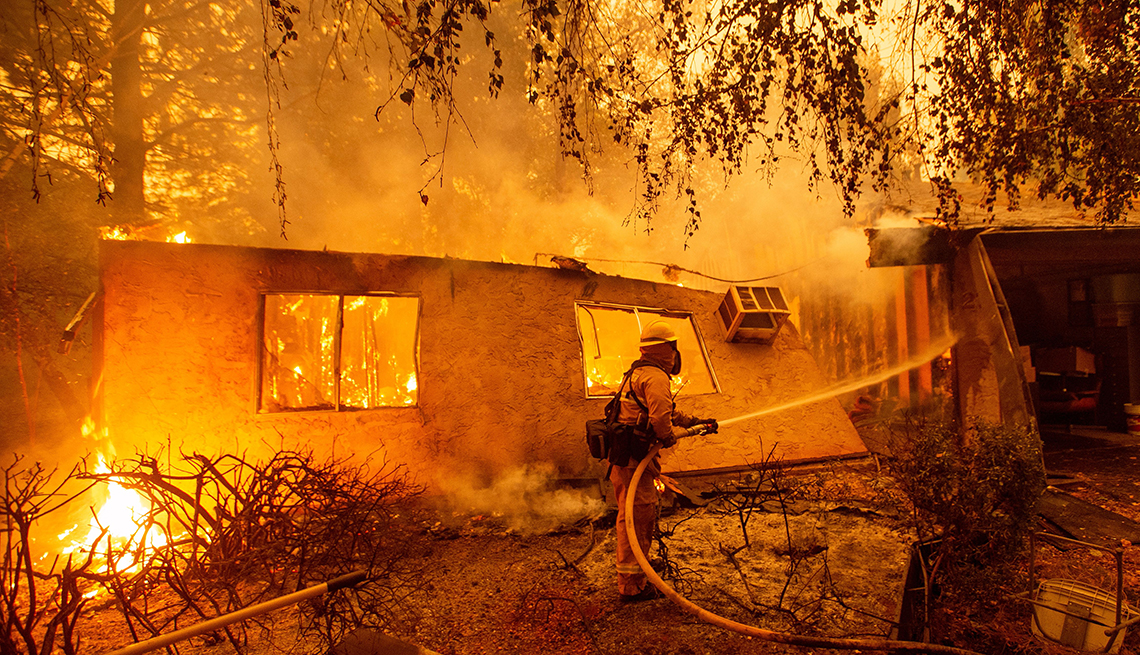