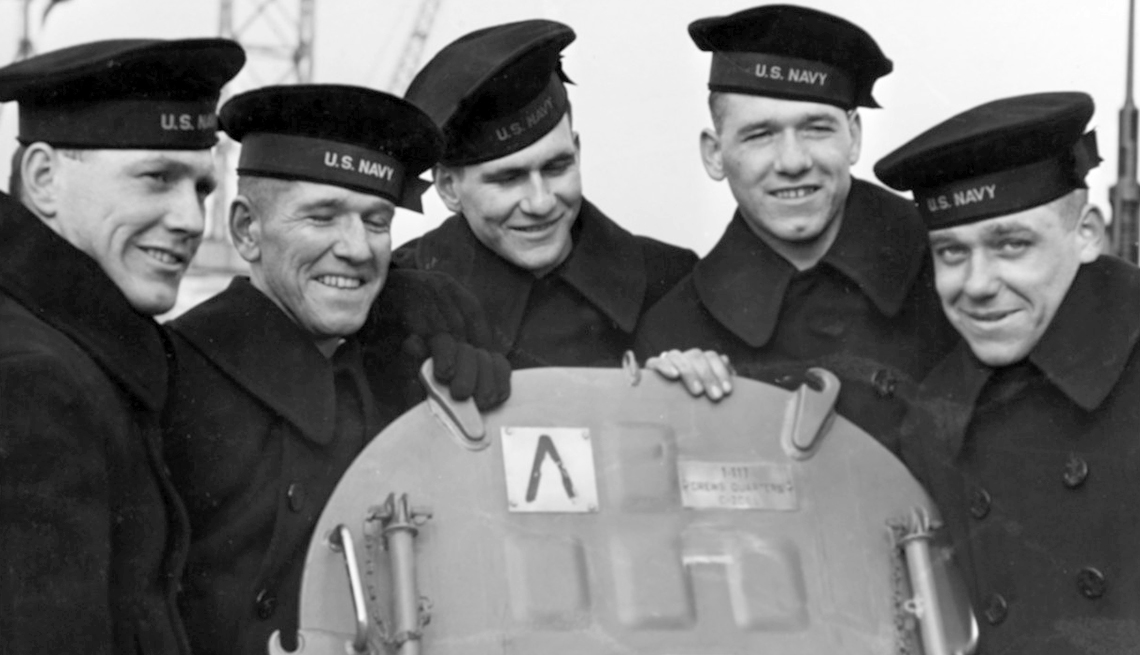 The five Sullivan brothers, pictured here, were among the nearly 690 killed when a torpedo struck the USS Juneau on Nov. 13, 1942.

St. Patrick’s Day brought a bit of luck to a team of explorers in the South Pacific and a pot of gold in the form of the discovery of a long-lost World War II light cruiser that sunk after being torpedoed by Japanese forces 75 years ago.

Funded by Microsoft cofounder Paul Allen, the expedition unearthed the wreckage of the USS Juneau about 2.6 miles below the surface of the Pacific Ocean just off the coast of the Solomon Islands. More than 600 American soldiers were killed in the November 1942 attack, including, most infamously, the five Sullivan brothers. The siblings, from Waterloo, Iowa, had requested to serve together, and their simultaneous deaths made international news after the attack.

Allen took to Twitter yesterday to announce his team’s historic discovery, and posted footage of the wreckage:

The story of the Sullivans is referenced in the 1998 film Saving Private Ryan, about the WWII mission to extract the last surviving Ryan brother after his siblings are killed. Though fictional, the Steven Spielberg–directed film is said to be inspired by the Sullivan brothers, as well as by the four real-life Niland brothers, of Tonawanda, N.Y., three of whom were assumed to have been killed in combat (though one of those was later found to have survived).

Allen has funded several similar, and similarly successful, expeditions. Over the past few years, the ship, named the R/V Petrel, has discovered the wreckage of other lost WWII ships, including the USS Lexington and the USS Indianapolis. Coincidentally, the latter ship factors into another Spielberg-directed film, 1975’s Jaws, in which shark hunter Quint (played by Robert Shaw) delivers a memorable monologue about surviving the aftermath of the Indianapolis bombing in shark-infested waters.

The expedition team on the (Research Vessel) R/V Petrel located the Juneau on March 17 via sonar and confirmed the finding the next day using remote-controlled underwater vehicles and cameras.