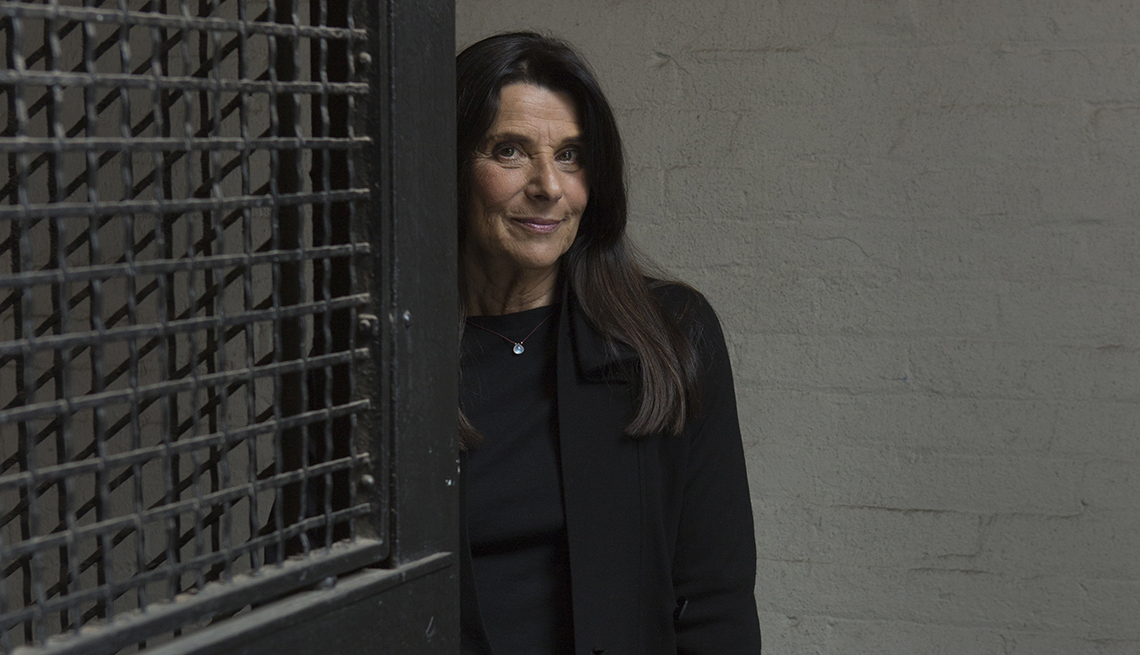 Journalist Robin Westen made the shocking revelation of her long-ago rape in our June/July issue. She brings us up to date on readers’ responses and the blurring effect of the Kavanaugh hearing.

SIX MONTHS AGO “My #MeToo Moment” appeared in AARP The Magazine. In that article, I described a terrible incident — being raped during the summer I worked as a receptionist at a New York City law firm. For 50 years I kept my violent assault a secret. That is, until the #MeToo movement, with its chorus of outrage, gave me the courage to speak out. After the article’s publication, other silences were broken, too. Dozens of readers shared their stories with me — some for the first time revealing accounts of rape and sexual assaults committed on the job, in doctors’ and professors’ offices, on massage tables, at houses of worship and while they were on dates. More than once, I was brought to tears by the pain and trauma described in their writing. I hoped that by unlocking their own dark secrets, they could in some way find healing, though I know from experience, it isn’t easy — and it isn’t always possible.

Readers’ reactions were overwhelmingly uplifting, expressing sympathy and appreciation that I had come forward, and I’m grateful for that support.

That said, there were also a few angry and mean-spirited reader reactions. Some blamed me for not knowing my rapist’s intention before I got into his car. Others accused me of lying, bolstering their claim by pointing out that I hadn’t told anyone what had happened. One reader wrote, “You were stupid for going back to your job the next day.” The writer either missed how powerless and frightened I felt as a naive 19-year-old, or maybe she simply didn’t care. Another woman’s comment was so heartless that I’m still working on finding forgiveness. “Most stories like this are unbelievable,” she wrote. As if that weren’t enough, she added, “One should always dress (and behave) as you wish to be addressed.” By nature, I’m a pretty mellow person, but to finally muster the courage to speak out about my rape and then to be mocked — or worse, not be believed — well, that’s when my fury took hold. Let me be crystal clear: It did happen to me, and sexual assault is never deserved. 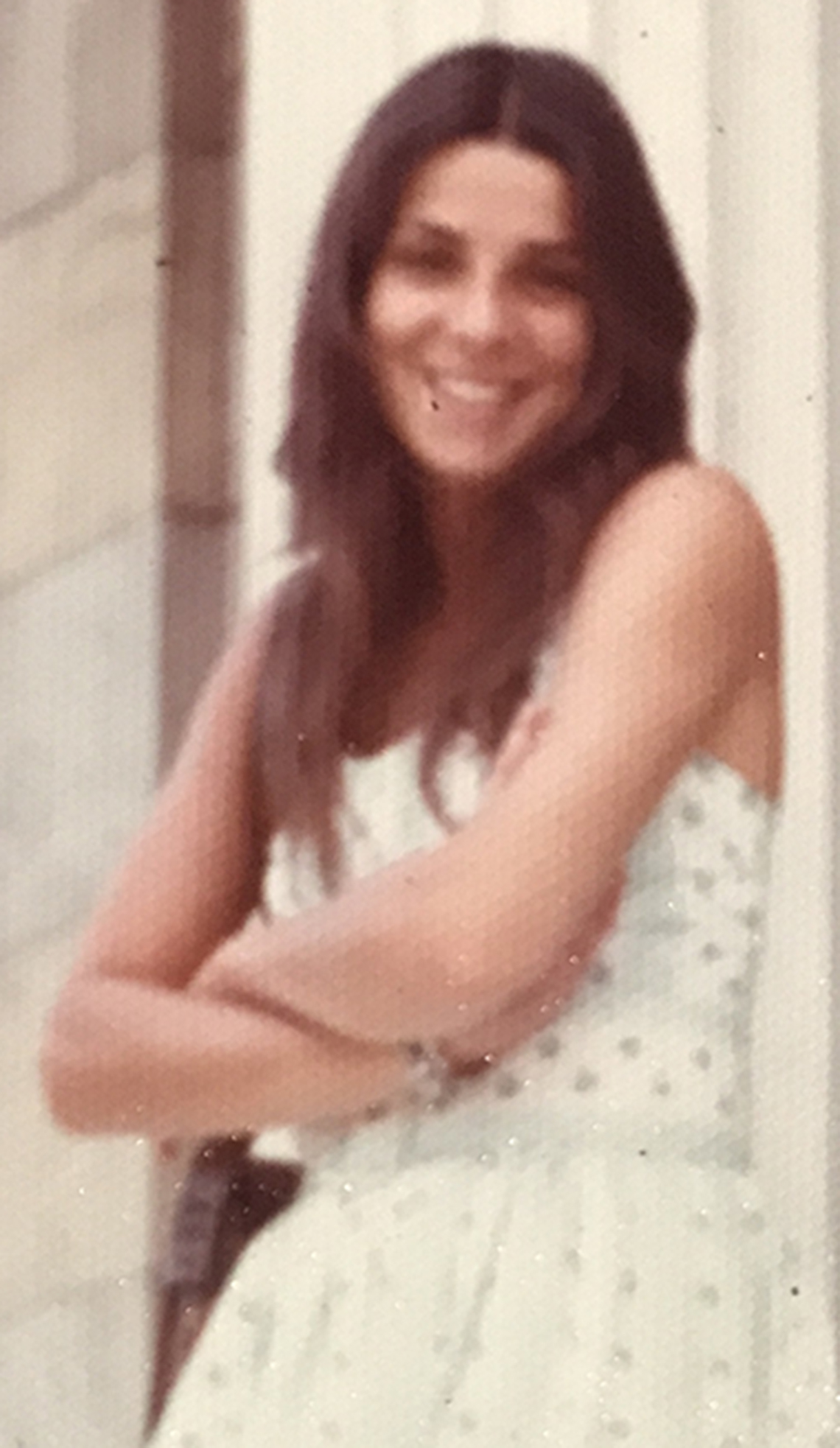 Some wondered if it was even worth revealing the attack so many years later. “She is now speaking out, much too late, so why bother?” wrote Maureen D., of Owings, Md., in a letter to the editor. Bruce M. posted on Facebook: “Took ya 50 years, forget about it.” (Yes, wow.)

Similarly, a couple of readers questioned why I hadn’t named names. Identifying him, they reasoned, would help other victims speak out and would give the rapist the justice he deserved. I get it. Before turning in the original article, I did contemplate outing my attacker. Considering how smoothly he orchestrated his attack, which included the cooperation of his chauffeur, I also suspected I wasn’t his only victim. After the piece came out, I felt inspired by 70-year-old Joni Caldwell, from Monterey, Calif. “I had been plagued for the last 30 years because I hadn’t reported my abuser,” she wrote me. “I recently filed a report with the police, who responded kindly and with compassion. Still, I had a rough day afterward. But now, weeks later, I feel more complete for having done it.” In a follow-up phone call she told me, “I’m much closer to closing the book on my sexual assault.”

A quick online search has confirmed that my rapist is long gone; he died more than a dozen years ago. Even if I had decided to identify him, when a rapist is dead there’s no legal recourse. It’s over. More important, I don’t want to cause suffering to any of his innocent living relatives, especially grown children or grandchildren. There’s enough pain in the world. And I believe that how much to disclose is up to the victim. While generations raised on social media may feel free to tell all, those of us over age 50 tend to draw a sharper line between what we keep private and what we share. So I chose, and choose, not to identify him.

These varied reactions from readers are largely proof of how far we have come toward recognizing the depth of the issue of sexual harassment and assault. Even the harshest commentators, it seems, did not quibble with an unassailable truth: that any kind of sexual assault is wrong. And we have made great progress. I have welcomed the unearthing of assaults and harassment, and the consequences — from criminal charges (Harvey Weinstein) to social and corporate banishment (Mario Batali). Our laws and even prosecutors have evolved to protect victims more, thanks to revelations like Joni’s and mine. “Every woman of my vintage knows what sexual harassment is, although we didn’t have a name for it,” said Supreme Court Justice Ruth Bader Ginsburg in January 2018. In the case of 85-year-old Justice Ginsburg, it was a college professor who behaved inappropriately more than six decades ago. “For so long, women were silent, thinking there was nothing you could do about it,” she said. “But now the law is on the side of women or men who encounter harassment, and that’s a good thing.”

"I would go so far as to say we are poised to radically transform the workplace and relations generally between men and women, that we are at a societal inflection point."

But lately we have hit roadblocks to that broader enlightenment, like the scandal that enveloped the actress Asia Argento, an early leader in the movement who was recently accused of sexual assault of a minor.

And then came the confirmation hearing of Supreme Court Justice Brett Kavanaugh. What had been an issue on which nearly all Americans could agree became so infused with politics that it has now, I worry, set back our movement. Don’t get me wrong — I watched, rapt, as Christine Blasey Ford testified, and I knew exactly what she struggled with over these many years: the fear, the embarrassment and the shame that continue to traumatize her. I, too, experienced the way sexual assault infects its victim’s life with anxiety and puts a limit on maneuvering freely in the world. I watched her fight back tears — and I shed many of my own.

The context of her testimony at that point, however, was no longer personal or even societal; it was political — a great no-holds-barred debate and bloodletting: Democrats versus Republicans, conservatives versus liberals. All that vitriol only serves to obscure the point of #MeToo and the very real pain of women who have been assaulted, slowing their progress on every front.

So let’s keep our eye on the ball and focus on what unites, not divides, us. Join me in continuing to tell our stories and speak out against pervasive sexism and violence against women, whether we do this publicly or confidentially, with a therapist, friend, partner or stranger. As long as we find the strength to release our truth in the way that feels right for each of us, we can all move forward. There’s no turning back.