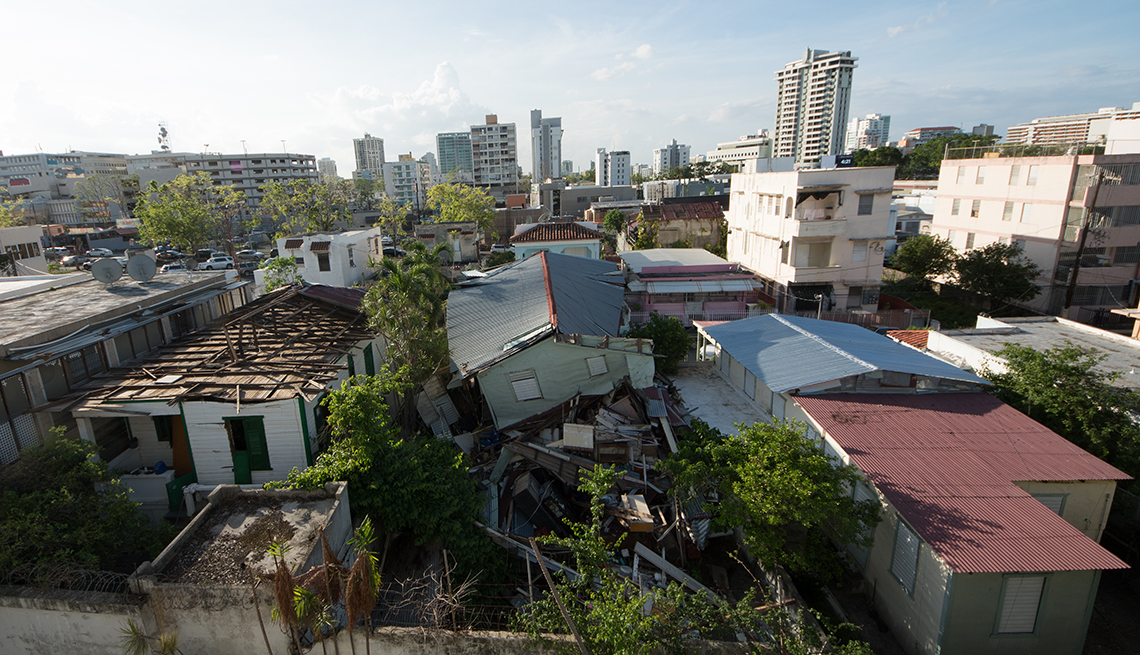 Damage from Hurricane Maria in Puerto Rico goes beyond buildings, seen here. Estimates put the death toll for the hurricane and its aftermath at 4,645 — 70 times the official reports.

A new Harvard University study estimates that the death toll in Puerto Rico from Hurricane Maria and its aftermath is at least 4,645 — 70 times the official death count of 64.

The report published in the New England Journal of Medicine highlights the undercounting of deaths related to the devastating tropical cyclone that hit the U.S. territory on Sept. 20, 2017. It looked into how the disruption to medical services, the inability to access medications and the lack of electricity created deadly conditions that resulted in an increased morbidity rate.

For the study, researchers from the Harvard T.H. Chan School of Public Health conducted a community-based survey of 3,299 randomly chosen households; data collectors went door to door throughout Puerto Rico in early 2018. Families were questioned about storm-related displacement, infrastructure loss and causes of deaths in their family. The survey concluded that 4,645 “excess deaths” occurred during the hurricane aftermath as compared to death rates during the same time period in 2016.

As the 2018 hurricane season begins, the Harvard researchers said the study results emphasize the need for accurate and timely data in the aftermath of natural disasters for “immediate response, as well as for future risk reduction and preparedness planning.”

Puerto Rico’s Gov. Ricardo Rosselló, whose government wasn't involved in the Harvard study, said in a news conference May 29 that all study information is welcome. "We want the real number to come out. We had a protocol that really was subpar, and we recognize it."