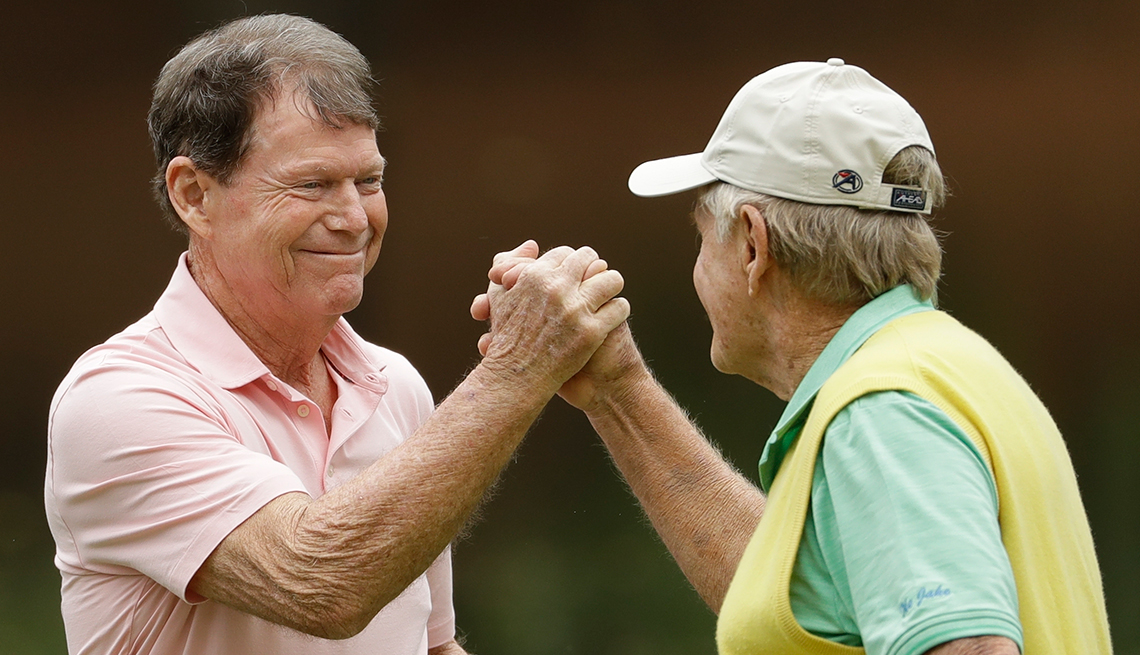 Wednesday's leaderboard at the 57th annual Masters Par 3 Contest was reminiscent of 1977.

At 68, Tom Watson came out on top, becoming the oldest winner of the contest, surpassing the previous record holder, Sam Snead, who nabbed the crown at 62 in 1974. The event also featured fellow legends Jack Nicklaus, 78, and Gary Player, 82. Watson finished one stroke ahead of England's Tommy Fleetwood and Belgian Thomas Pieters and two strokes ahead of Nicklaus, Chez Reavie and Adam Hadwin. Player shot 2 under par.

In what's often referred to as the Duel in the Sun, Watson won the 1977 Open Championship by one stroke over runner-up Nicklaus.

"After I birdied the first four holes, I thought it would be really neat to win the Par 3," Watson said Wednesday, according to ESPN. "I won it a long time ago, and, of course, I didn't win the tournament. I'm not playing the tournament this year, so I said, 'Let's go for it.' "

Watson, the Masters champion in both 1977 and 1981, won the casual competition at Augusta National on the eve of the 82nd Masters at 6 under par. Since he wasn't playing in this year's tournament, Watson didn't have to worry about what's become known as the Wednesday curse. Famously, no one has ever gone on to win the green jacket after winning the Masters Par-3 Contest.

"To see Tom putting the way he did at 68, it was a joy to watch," Player said. "It was a marvelous day, a day I'll never forget. To see the way they played was remarkable."

Even so, it was actually Jack Nicklaus' grandson who stole the limelight.

Gary Nicklaus was caddying for his grandfather when he was given a chance to have a go at the ninth. With Jack Nicklaus, a six-time Masters champion, looking on, the 15-year-old made the first hole-in-one of his life.

A visibly emotional Nicklaus called the hole in one by his grandson his top golf memory.

According to ESPN, Jack Nicklaus added: "To have a hole-in-one on the biggest venue in the world on a day where he's here to caddie for his grandfather ... Wow. What a day. I'm sure his father is up there in the trees and hasn't come down."

The Masters, which starts today, has been highly anticipated, as it marks the return of Tiger Woods.

More on the Masters