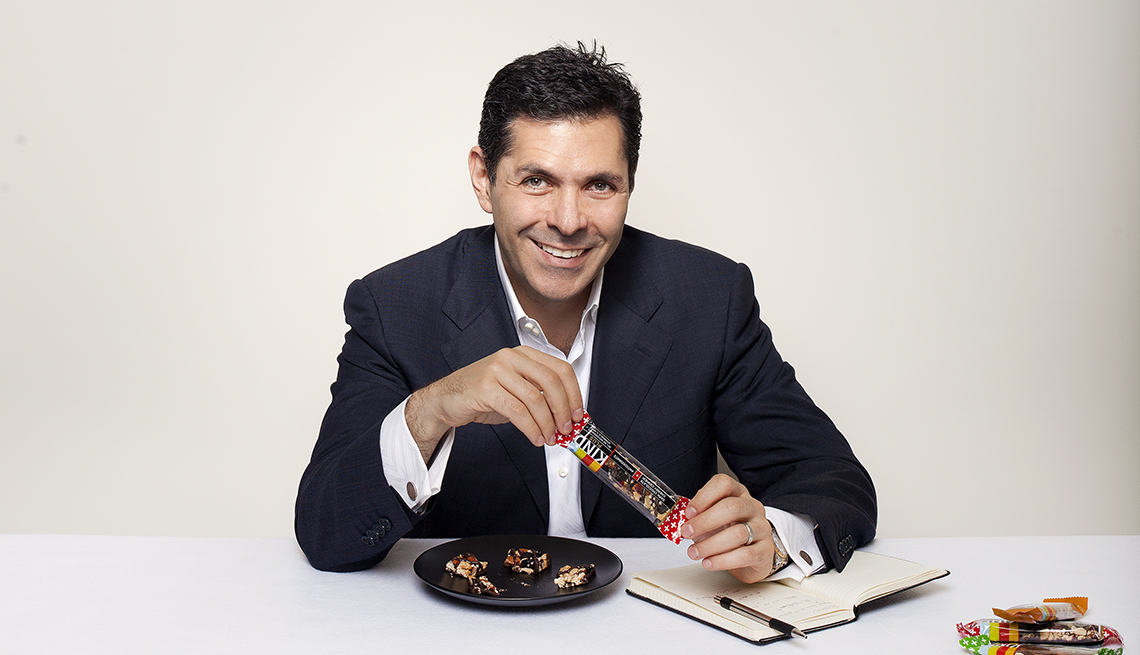 En español | I arrived in this country from Mexico in 1984. I was only 16. I contrast my experience with being an immigrant to my dad’s because he was the same age when he left his country, but that’s where the parallels end.

He shared many stories about how acts of kindness are what allowed him to survive. In the Dachau concentration camp, there was a German soldier who took the risk of throwing a rotten potato at my dad’s feet. But it wasn’t just the food that sustained him, it was how that soldier looked into his eyes and recognized his humanity at a moment when he was losing it — becoming almost a skeleton. He was rescued by American soldiers and, at 16, arrived in Mexico with only the clothes on his back and a third-grade education. The war had started when he was 9, so he had stopped going to school. In Mexico, he had to work triple shifts and would eventually become very self-educated. He spoke nine languages and read encyclopedias and thousands of books cover-to-cover.

I became the first in my family to get a college degree, then a law degree. I went on to start a lot of businesses and I suppose I was inspired by seeing how my dad had done it. My parents taught me that you don’t wait until you are old to help others. You do it all along. I’m a social entrepreneur, and that means finding creative ways to improve the state of the world by using market forces. All the ventures that I've started — whether it's KIND, PeaceWorks or other lesser-known ones — are about using business as a force for social good. With so many challenges that we're facing and with business permeating our lives, it behooves us to find more ways to have an impact.

Since becoming a U.S. citizen in 2001, I've found a lot of open arms, but many people have a much tougher time. I’ve been more privileged than most.

My appreciation for my Mexican heritage has deepened over the last couple years after seeing how Mexican immigrants feel under siege. This upsets me very much because I've been surrounded by hardworking Mexican immigrants all my life. I've met people from all walks of life and I’m just so proud of the hard work ethic and beautiful values of the vast majority of Mexican immigrants. Like me, people immigrating to this country have an appreciation of all of the opportunities and the greatness that America brings and so they fight hard for it. Immigrants don’t really have a can-do attitude; it's a must-do attitude. You don’t have another option. You have to survive.

— As told to Carlos J. Queirós

Many credit Daniel Lubetzky, founder and CEO of KIND, with creating a new, healthy snacking category with the introduction of KIND’s first fruit and nut bars in 2004. Established as “not-only-for-profit,” KIND is committed to driving social change through the KIND Foundation, whose most recent project is Empatico, a $20 million, multi-year initiative that will broaden children’s world views through interactions with peers throughout the world. In 2017, Lubetzky founded Feed the Truth, a nonprofit that seeks to improve public health by bringing truth, transparency and integrity to today’s food system. Lubetzky also founded PeaceWorks Inc., a business that facilitates cooperative ventures in the Middle East; co-founded Maiyet, a fashion brand that partners with artisans to promote entrepreneurship in developing economies; and the OneVoice Movement, an international grassroots effort that amplifies the voices of moderate Israelis and Palestinians seeking to end the conflict. In 2015, President Barack Obama and Commerce Secretary Penny Pritzker named him a Presidential Ambassador for Global Entrepreneurship. Author of the New York Times bestseller Do the KIND Thing, Lubetzky is married, has four children and enjoys practicing magic.