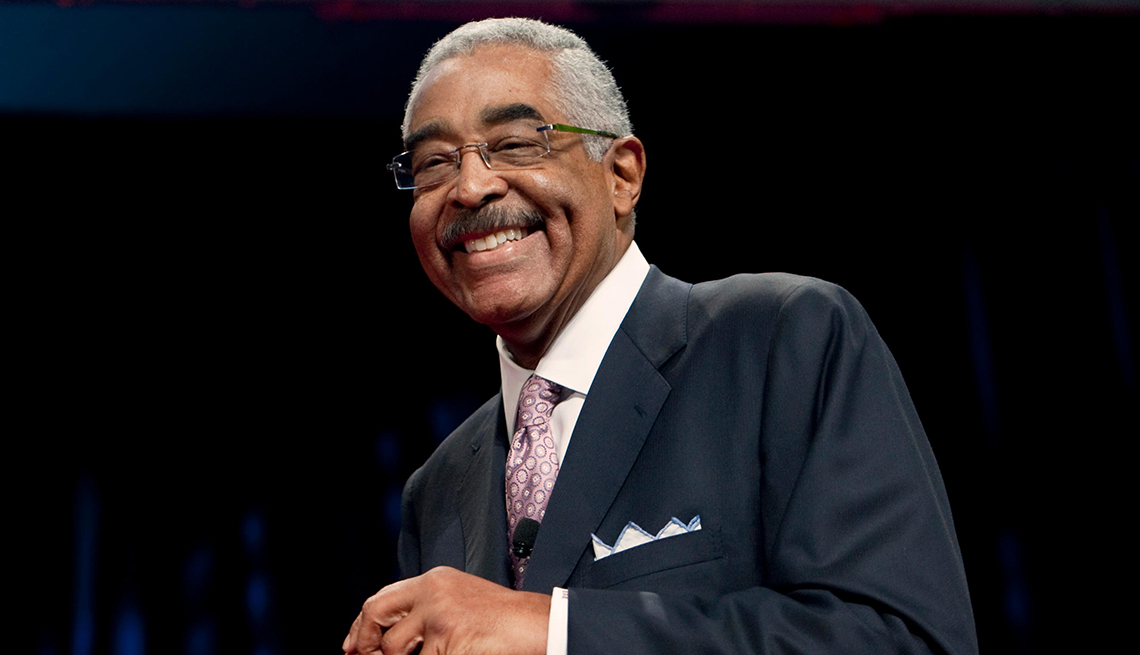 “Barry saw his role at AARP not just as CEO, but also as AARP’s chief servant,” Jenkins said in her eulogy during a memorial service at National Presbyterian Church in Washington, D.C. “And just as he had been a strong advocate for the inclusion of more minorities and women in corporate America, he was a strong advocate for AARP’s mission to enhance the quality of life for all people as they age.”

In a service inspired by the seasons of Rand’s life, Jenkins spoke about “Winter: The Season of Giving,” the late period of Rand’s career. In 2009, he came out of retirement to use his decades of experience in corporate America to lead AARP in its mission to empower people to choose how they live as they grow older.

“He saw this as a time for him to focus on giving back, to make a difference in the lives of millions of people every day."

“To do what his grandfather told him he had to do to get into heaven. His focus was on the middle class, on low-income vulnerable people, people of color,” she said.

His lifelong friend Kent Amos, who also later became a colleague at Xerox Corp., led off the tributes to “celebrate, honor and respect” Rand by reading expressions of sympathy sent to the family. They included a proclamation from District of Columbia Mayor Muriel Bowser — who declared a day of remembrance for Rand — and a resolution in his honor from the Howard University Board of Trustees, a beneficiary of Rand’s volunteer work and philanthropy during much of his life.

To remember “Spring: The Season of Youth,” Theodore V. Wells, another childhood friend, shared stories of being treated as a sidekick by the inseparable duo of Amos and Rand, who were five years older, serving as “the little brother neither of them had but desperately wanted.” Wells, who went on to become a successful white-collar criminal lawyer, noted Rand’s kindness to younger children, presaging his years acting as a career mentor to newcomers to the corporate world.

In “Celebrating Summer: The Season of Toil,” Jay Nussbaum spoke about hiring Rand as part of the Xerox sales team in 1968 and spending years in friendly rivalry as they both climbed the corporate ladder. “He was the best thing that ever happened to Xerox,” said Nussbaum, “and the greatest winner I ever met.” In 30 years at Xerox, Rand rose from sales representative to executive vice president for worldwide operations. Always committed to social justice, Rand worked to ensure that his time at Xerox was marked by his commitment to make certain that women and minorities had every chance for advancement at the company.

Donate to the A. Barry Rand Fund for Brain Health Research

Kenneth Chenault, who met Rand in 1983 and successfully recommended him for CEO of Avis Holdings Inc., identified Rand as “one of the few people I could talk to about the challenges of being a black man who is successful in corporate America.” Chenault, the former CEO of American Express, recently became chairman and managing director of General Catalyst Partners, a venture capital firm. No one, Chenault said in his eulogy honoring “Fall: The Season at the Top of the House,” was better qualified than Rand to serve as CEO of a Fortune 500 company.

Rand’s daughter and son, Allison and Christopher, gave touching testimonials to their father’s parenting expertise, and civil rights lion Vernon Jordan offered a final tribute to him as “A Man for All Seasons.” The crowd also offered a standing ovation following a moving recognition of Rand’s wife, Donna, and the unflagging caregiving she had provided to her husband through his illness.

In honor of Rand’s commitment to the organization, AARP has started the A. Barry Rand Fund for Brain Health Research. Donations may be made online or by mail c/o AARP Foundation, 601 E St. NW, Washington, D.C. 20049.