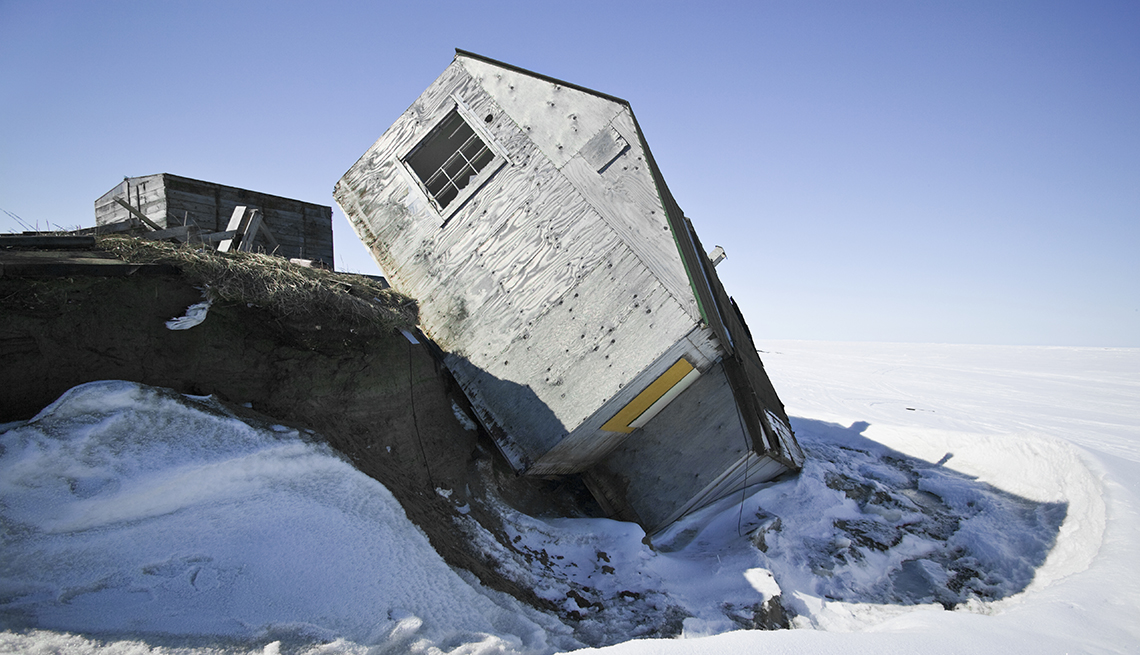 Some villages and homes, such as this one in Shishmaref, Alaska, are falling into the sea due to coastal erosion, environmental experts say.

En español | Many Americans might have become aware of climate change when they saw former vice president Al Gore’s 2006 documentary, An Inconvenient Truth. Or perhaps media coverage of forlorn polar bears, stuck on floating ice or swimming in vain to find land, increased their awareness.

Alaska Natives, however, have been raising alarms about the effect of earth’s changing climate for decades.

“First of all, for us in the Arctic and especially in Alaska, this is not a new thing for us. We've been talking about climate change for at least the last 30 or more years,” says Patricia Cochran, 69, an Inupiat Eskimo born and raised in Nome, Alaska. She serves as executive director of the Alaska Native Science Commission (ANSC), a nonprofit organization founded in 1994 to study the changing environment of Native Alaskans. She travels the world giving lectures, testifying in front of lawmakers, writing about and shining the spotlight of concern on the fate of America’s 49th state — the only one in the Arctic, and the first to suffer the consequences of climate change not only on the environment and animals but on humans.

There are 229 federally recognized Native Alaskan villages. “We’re close to the land, and felt the effects long before scientists,” she says. One of those effects is that coastal villages are becoming submerged as the glaciers and permafrost that have been part of the Alaskan ecosystem for centuries begin to melt, causing the sea level to rise.

“We have a number of communities in the process of moving. One village is moving now because most of it has fallen into the sea. Eighty-five percent of our coastal communities are facing relocation. Some of them have been there literally for centuries.”

Even if a coastal village is secure for now, she points out, “with that shore ice gone, there's no block to protect our communities from flooding from severe storms.”

And the indigenous lifestyle is threatened with these changes. “Some communities have lost the only roads to their airports,” she says. “We don't call them rural communities, we call them remote because that’s what they are." Without access to the outside world, such remote communities can't exist.

Permafrost, which had allowed the traditional use of ice cellars to store and preserve food, is endangered. “Now our ‘refrigerators’ are on the blink," she explains. "Food security, food sovereignty. In our world, we say everything is connected. One thing leads to another.”

Yet, there are always those who disagree. “There's always a climate denier in the audience. All I can do is cite the science and show the human beings: This is not just an environmental issue, this is a human issue.”

She tells audiences that the unprecedented number of people on the planet, plus industry and cars, are wreaking havoc on the earth. “Those are all simple examples of why we're in the predicament we're in. We have to be more energy efficient and reduce our carbon footprint, look at alternative energy sources.”

She’s looking at long-range goals, though. “The only solutions that work are community-based solutions. There is no one size fits all. Every community is going to be different. If people are looking for a silver bullet — or a green bullet — it's not there.”

“We're hoping the change comes before other communities go underwater. It’s not only what happens to my daughters but also my beautiful grandchildren,” she says.

“That’s why I do what I do. It's not just a climate issue, it's a climate crisis.” 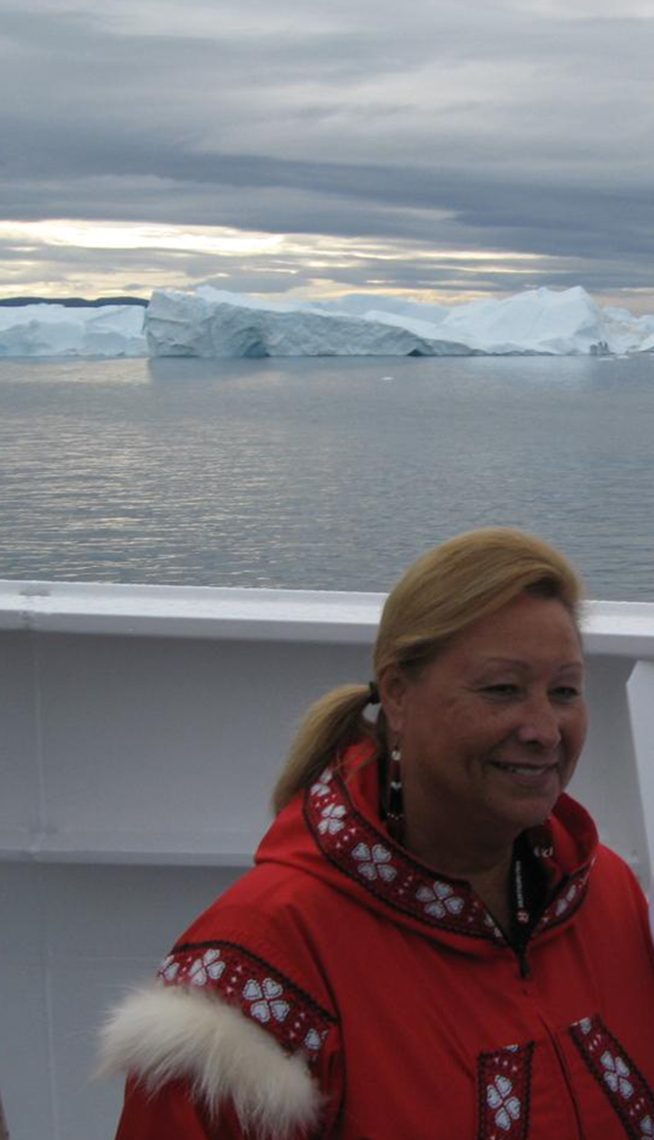 Pat Cochran travels the world educating others on the consequences of climate change not only on the environment and animals, but on humans. Here she is on a tour of the Greenland ice sheet.