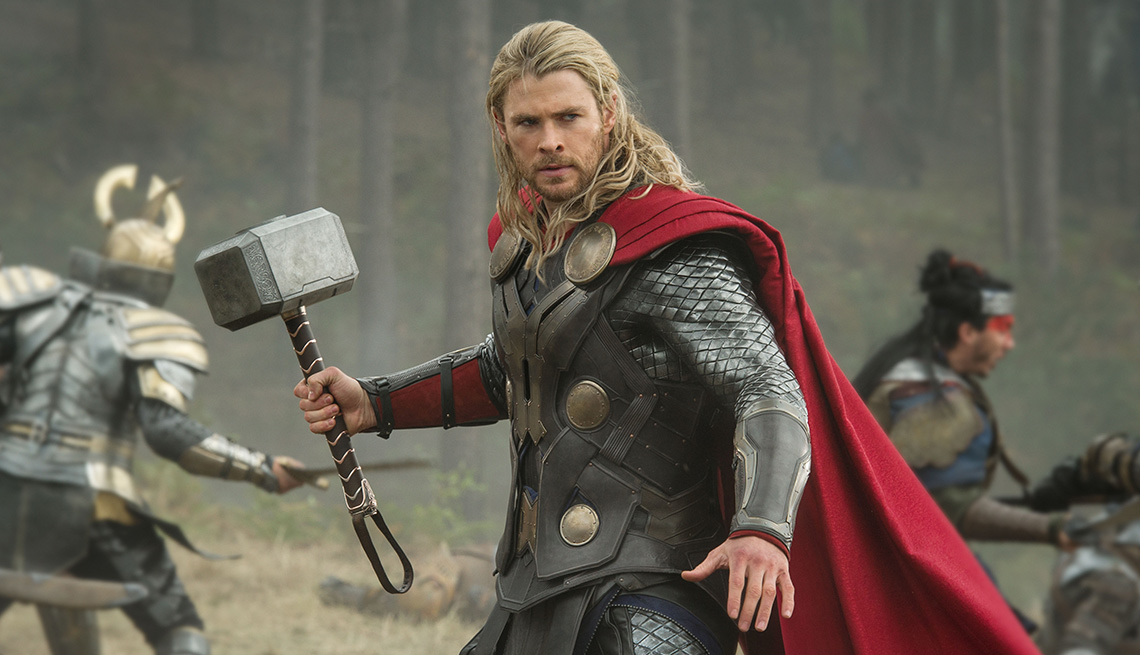 He's got the whole world in his hands? Mjölnir, the name of Thor's Hammer in Norse mythology, is a contender as the name of an upcoming NASA destination at the outer frontier of the solar system.

You may not be a rocket scientist, but NASA thinks you can come up with a better name for their latest project than they did. The space agency is holding an online naming contest, soliciting nominations from the public and asking for votes on what they should call their upcoming far-flung destination, “a small, distant and cold world at the outer frontier of our solar system” that will be visited by the New Horizons spacecraft on Jan. 1, 2019, according to the contest website.

Before you get too flattered, though, consider that the destination’s current name is the very uninspiring and difficult-to-remember (486958) 2014 MU69. So the bar isn’t exactly set very high. NASA has preselected more than a dozen names for consideration and is also accepting original naming nominations. Be ready to defend your choice: The submission form requires an explanation for each submitted name, and asks for links to background information and research about possible monikers, likely designed to avoid another Boaty McBoatface internet-contest naming debacle.

Among the prechosen candidates, the current leader is “Peanut, Almond, Cashew,” so designated because the system toward which the New Horizons is headed is presumed to resemble a peanut in shape, and any other bodies found around it could be named for other types of nuts. That makes a lot of sense, but it’s not all that more memorable than (486958) 2014 MU69. For marketing purposes, NASA might be secretly rooting for the name that’s currently in second place: Mjölnir, the name of Thor’s hammer in Norse mythology. The latest Thor movie, Thor: Ragnorok, took in more than $130 million in its first weekend of release last week and could grant NASA’s New Horizons mission blockbuster status.

Other names currently among the top five vote-getters are Z'ha'dum (fictional planet at the edge of the galaxy), Pangu (from Chinese mythology, emerged from yin and yang), Uluru (Ayers Rock, largest rock on Earth, an "island mountain"). Worthy, exotic-sounding choices all, but not nearly as cool as Thor’s hammer.

The contest runs through Dec. 1. But take note that the winning name given to the destination won’t be permanent. Once New Horizons does its flyby of the new world, NASA will work with the International Astronomical Union to assign it a permanent name.