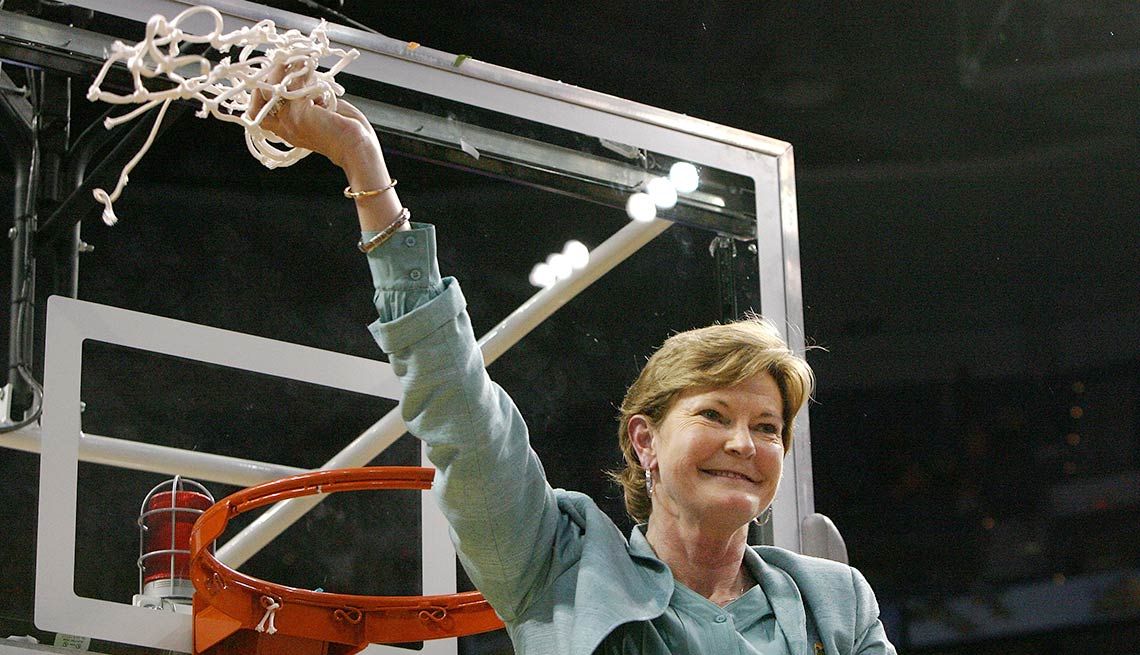 Head coach Pat Summitt of the Tennessee Lady Volunteers celebrates cutting down the net after beating the Stanford Cardinal during the 2008 Women’s NCAA National Championship Game in Tampa, Fla.

As coach of the University of Tennessee women’s basketball team for nearly four decades, Pat Summitt was a pioneer who paved the way for equality in women’s sports. She won eight national championships and was the first coach of either gender to reach 1,000 victories in a career. Her program produced 20 All-American players and 12 members of the U.S. Olympic squad.

But Summitt, who died June 28 at age 64 in Knoxville, Tenn., became more than a sports hero during the 2010-11 season, when episodes of forgetfulness led her to get an examination at the Mayo Clinic. Doctors found that she had early-onset Alzheimer’s disease.

Instead of quitting, Summitt continued to coach through the following season and, with the help of assistant coaches, managed to lead her team, the Lady Vols, to within one victory of the NCAA Final Four.  Summitt not only went public with her diagnosis, but after her retirement became a powerful advocate for others afflicted with the fatal brain disorder. She and her son, Tyler, started the Pat Summitt Foundation and raised $800,000 in donations to help establish a clinic for Alzheimer’s patients at the University of Tennessee Medical Center, which is scheduled to open this year.

Summitt’s courage and her efforts to help fellow Alzheimer’s patients and their families earned her the 2012 Andrus Award for community service, the highest honor awarded by AARP. That same year, AARP The Magazine also selected her as a winner of its 2012 Inspire Award.

In a 2012 interview, Summitt told the magazine that she had persevered in coaching because she wanted her players "to understand that this is what I'm going through, but you don't quit living. You keep going."