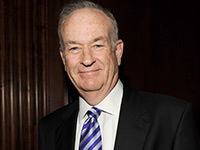 Bill O'Reilly's new book, "Killing Kennedy," is a historical narrative about the murder of JFK.

It was the most notorious crime of the 20th century. A young, beloved president grappling with a Cold War and personal trials as leader of the free world, gunned down in front of thousands on a 1963 campaign trip to Texas. But in Bill O'Reilly's new book, Killing Kennedy: The End of Camelot, the anchor of The O'Reilly Factor explores events leading up to the crime that are almost as shocking as the assassination itself.

See also: AARP's Q&A with Bill O'Reilly, on his new book and his passion for history.

In this installment of Prime Time Radio, Bill O'Reilly describes how JFK governed and what happened right before his death in Dallas.