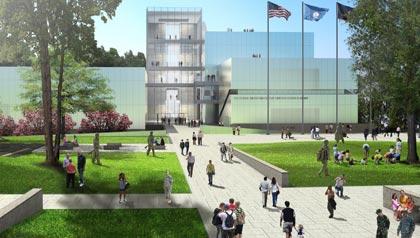 The history of the United States Army is integral to our nation's history and values, yet until recently, there has been no one place that its historical documents and artifacts are preserved.

The Army Historical Foundation, led by Brig. Gen. Creighton Abrams and military historian Jody Davis, has collaborated with the U.S. Army to create the National Museum of the United States Army. The state-of-the-art facility, located in Fort Belvoir, Va., will celebrate the Army's contributions to America and honor the sacrifices of men and women who have faithfully served.

You may also like: 5 myths about the American flag.