Our current economic woes result from four decades of bad decisions, Jeff Madrick argues in Age of Greed: The Triumph of Finance and the Decline of America, 1970 to the Present. Profiling such figures as the conservative economist Milton Friedman, Presidents Nixon, Carter and Reagan, junk-bond king Michael Milken, former Federal Reserve Board chairman Alan Greenspan, and former Citigroup CEO Sandy Weill, Madrick pinpoints the players who he says "took the economy along an unfortunate, tragic path … from which it may not be possible to turn back." 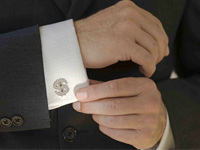 Financial greed played a role in the recent U.S. recession.

Madrick says that the recent recession was caused by anti-government ideology and greed that led to financial deregulation, wasteful investments, overblown Wall Street compensation and outright corruption. A regular contributor to the New York Review of Books, Madrick is editor of Challenge magazine, visiting professor of humanities at the Cooper Union and senior fellow at the Roosevelt Institute and the Schwartz Center for Economic Policy Analysis at the New School.

AARP Bulletin talked to him about his book.

Q. You argue that we have been living, since 1970, in an age of greed. Is this period unique in American history and, if so, why?

A. Greed rises and recedes. This was a particularly acute period of greed, comparable to the late 1800s and the 1920s. This age of greed gathered steam over 40 years. My notion of greed is that it will always accelerate unless it is checked by either a strong government or a strong cultural sense of community and cooperation. And both of those have dissolved since the 1970s. The book shows that there wasn't merely an assault on government, but also that the financial community has been seriously misallocating capital.

Q. Why did you structure the book as a series of profiles?

A. This history was not inevitable. It was made by people.

Next: Who's to blame for U.S. economic problems? >>

Q. Your central argument is that our economic problems are traceable to "a handful of individuals making bad, self-serving decisions." But you also say that ideology and a lack of oversight and regulation made all this possible. How do you reconcile these positions?

A. The individuals were the ones who pushed the ideology. Indeed, the systemic deregulation is a function of individuals. Rarely in the history of any major calamity can blame be laid as justifiably at the feet of only one man as this credit crisis can be laid at the feet of Alan Greenspan. He was so persuasive and influential over the deregulation of finance, and the Fed, his agency, was the main regulator of big banks, and had all kinds of power in other areas, like mortgages.

Q. Sandy Weill, the former CEO of Citigroup, seems to epitomize your distaste for the financial community. You note, for example, that the year he saved American Can $8.7 million by forcing retirees to pay for their own health insurance, he paid himself $13 million. What was his justification?

A. Always, even to the very end, he would say that people like him deserved all this money because they saved American capitalism by making it lean and mean, by cutting workers. It's the argument they almost all make. It's almost laughably incorrect. [From] 2001 to 2007, total income grew far more slowly than in any other expansion, and job growth grew far, far more slowly.

Q. Were there voices suggesting that executive compensation and other practices had gotten out of hand?

A. There were certain journalists and financial analysts who kept raising the point that executives and financial people were paid too much. There were executives within the financial firms who warned their superiors and their peers that they were taking too much risk. While everybody kind of knew that housing was overinflated, almost nobody knew that if the housing market collapsed, it could also bring down Wall Street. Mostly the level of debt and the level of risk were not understood.

Q. I was surprised your book didn't mention Bernie Madoff. Wasn't he, too, emblematic of greed and corruption?

A. He was emblematic of a certain kind of culture, but he wasn't emblematic of the crisis itself. He was an outright old-fashioned crook. His fraud reflected the neglect that was common to regulators — I could have used Madoff for that.

Next: How will waste and corruption affect Americans 50-plus? >>

Q. Aren't the problems you document also political problems, arising from the failure of American voters to elect representatives with their best economic interests in mind?

A. I think that's true. That reflects that change in ideology that began in the 1970s. When people don't do well, they don't necessarily vote for those who favor social programs. They often blame government. Except for the New Deal, we tend to develop progressive social programs in America only in times of prosperity, like the 1960s, like the late 1800s, the early 1900s. The New Deal would not have occurred without the skills and relative fearlessness of Franklin Roosevelt.

Q. But doesn't the historical pendulum tend to swing back and forth between liberalism and conservatism?

A. I seriously disagree with that. That's a very dangerous notion because [it suggests], "Let's just sit around and wait for the pendulum to swing back." That's really not how American history works. There's a much more active, conscious effort on the part of people to seek social justice. We've had 40 years of financial deregulation and about 11 minutes of re-regulation — that's not a pendulum swing.

Q. What impact will the waste and corruption you document have on Americans 50 and older?

A. There is going to be enormous pressure to cut back retirement programs and health care programs. This will directly affect the elderly, and extremely unfairly so.

Q. You are pessimistic.

A. Yes. The country has badly neglected its transportation infrastructure, its educational system, its energy technology, broadband technology and the availability of jobs to the middle class. These are the foundations for the future.

Q. What specific fixes do you recommend?

Q. What about the current preoccupation with the federal budget deficit?

A. It's been disastrous. Now is when we need government. I always argued that the highest priority for [President] Obama was to show Americans the importance of government — and that it can work for them.