Robert M. Ball served as the commissioner of the Social Security Administration under three presidents: John Kennedy, Lyndon Johnson and Richard Nixon. Over the years Ball not only protected the system from political opponents who wanted to dismantle it or privatize it, but also managed to extend its reach and add cost-of-living increases to benefits. 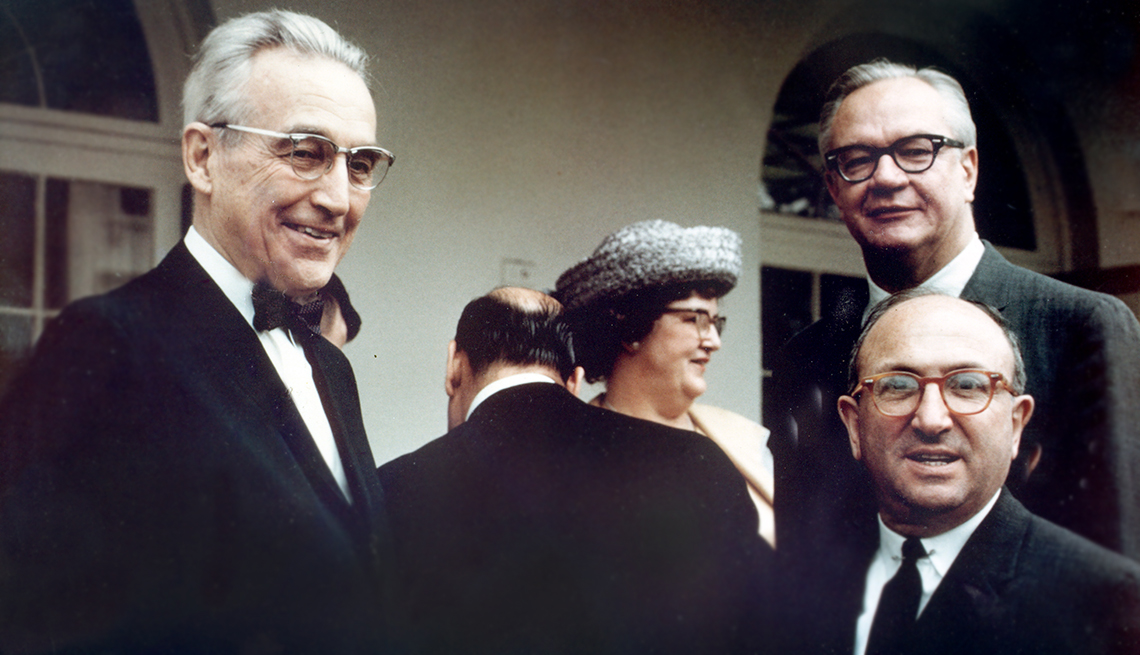 Courtesy of the Social Security Administration

But of all the achievements in a career in public life that stretched over seven decades, Ball’s most impressive feat was overseeing the creation of the Medicare system in 1965 and 1966. This was a management feat of such massive complexity that President Johnson called it the largest government undertaking since D-Day.

Ball proved to be more than up to the challenge. He not only turned a sprawling piece of legislation into a workable program in a short time, but also tried to make sure that as many eligible Americans as possible took advantage of it. Ball went so far as to enlist U.S. Forest Service rangers to venture out into remote areas, in search of elderly hermits who could be enrolled in Medicare.

The son of a Methodist minister, Ball grew up in northern New Jersey and went to college at Wesleyan University, where he received a master’s degree in economics in 1936. When Ball had trouble finding work, his faculty adviser suggested that he might do well to get in on the ground floor of a new government agency, the Social Security Administration. While honeymooning in New York with his bride, Doris, Ball took the civil service exam and in 1939 landed a job as a $30-a-week field representative in the Social Security office in Newark, N.J.

Ball’s astuteness and diligence at getting things done helped him move up through the bureaucracy. He worked for the Social Security Administration for more than three decades, leaving only from 1947 to 1949 to serve as the staff director of the Senate Finance Committee’s advisory council on Social Security. During that interlude, he helped craft the crucial 1950 amendments to the Social Security Act that boosted benefits for existing recipients from $26 to $46 a month, and extended coverage to an additional 10 million Americans who had no employer-provided pensions. The changes, Ball later said, “really saved the concept of contributory social insurance in this country.”

Ball would do even more to protect and expand Social Security during the Eisenhower administration. As deputy director of SSA’s Bureau of Old Age and Survivors Insurance, he wielded considerably more behind-the-scenes influence than his title suggested. According to DeWitt, Ball craftily wangled an appointment to the White House’s study group on Social Security, which was loaded with opponents of the program, and then methodically worked to convert them to his point of view. In the end, his efforts were so successful that President Dwight D. Eisenhower not only rejected a U.S. Chamber of Commerce-backed proposal to dismantle Social Security but also called for more workers to be covered by the program.

In 1962, President John F. Kennedy promoted Ball to commissioner, putting him in charge of the entire Social Security system. He kept that post under Johnson, who also assigned him the onerous task of making the newly enacted Medicare legislation into a working system as well. Johnson was so thrilled with the result that he paid the first-ever presidential call on the Social Security headquarters near Baltimore so he could express his appreciation to Ball and his staffers in person.

Before leaving the commissioner’s post in 1973, Ball also played a key role in getting Congress to pass legislation creating annual cost-of-living adjustments (COLA) to Social Security benefits — a measure that has helped retirees cope with inflation, the traditional nemesis of those on fixed incomes.

No longer a government employee, Ball remained a key player in protecting Social Security. In 1983, as a member of the National Commission on Social Security Reform, chaired by future Federal Reserve chairman Alan Greenspan, he helped to forge a political compromise between President Ronald Reagan and House Speaker Thomas “Tip” O’Neill Jr. that averted drastic cutbacks and ensured the Social Security Trust Fund’s solvency for decades. When George W. Bush moved to at least partially privatize the system, congressional opponents turned to the 87-year-old Ball to write a letter of response for them.

Oddly, though Ball made it possible for millions of Americans to have financial security in retirement, he himself never retired, working as a writer, lecturer and consultant. Just a few months before his death in 2008, in an op-ed piece for the Washington Post, he called on the presidential candidates to pledge not to cut Social Security benefits.

“Social Security is the nation’s most effective antipoverty program,” he wrote. “But it’s much more than that. For every worker it provides a solid base on which to try to build an adequate level of retirement income. To weaken that foundation would be grossly irresponsible.”