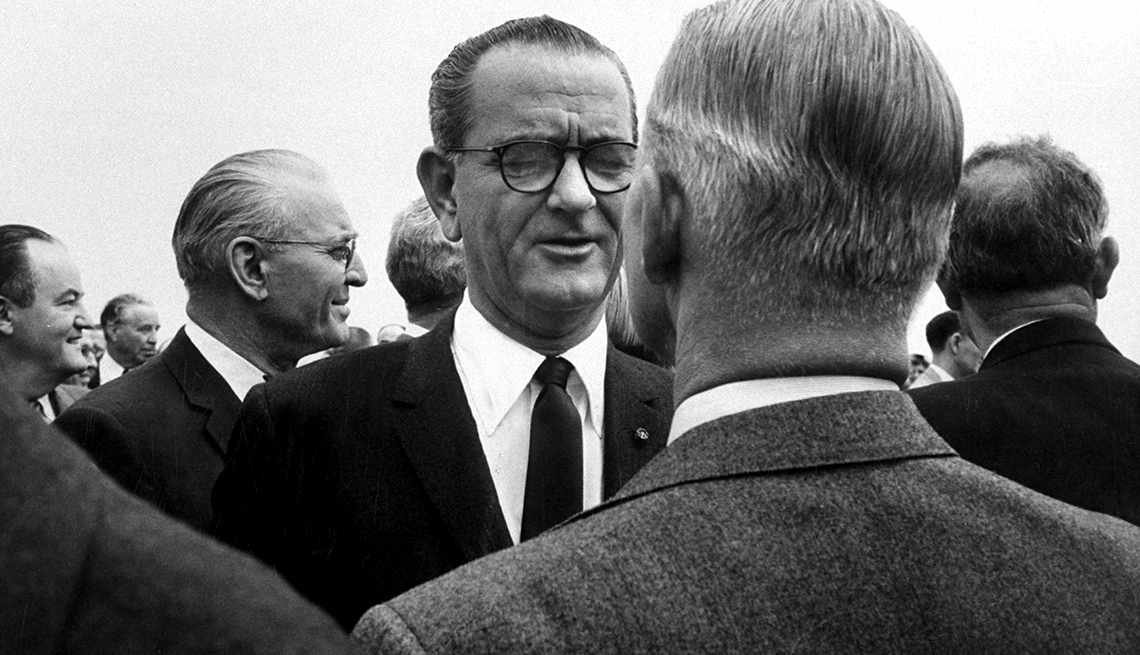 Johnson, a consummate legislative wheeler-dealer and former Senate majority leader, had the political savvy, connections and leadership ability to be one of the most effective presidents at getting his proposals through Congress.

He used those considerable talents to enact a sweeping agenda of programs aimed at eradicating poverty, ending racial discrimination, improving education and rebuilding crumbling urban areas. And there was much more.

Johnson engineered the passage of the Older Americans Act of 1965, for example, which for the first time established a federal agency, the Administration on Aging, to focus on the problems of the nation's older people and to fund services ranging from nutrition programs and transportation assistance to adult day care and legal assistance. And it was Johnson who finally won passage of the Medicare program to provide health care for older Americans, a goal that two of his predecessors — Harry S. Truman and John F. Kennedy — had tried and failed to accomplish.

Johnson's compassion for older people and the less fortunate may have grown out of his personal struggles in rural Texas. There, he watched his father's cotton farm fail and had to work his way through teacher's college, at one point taking a job picking up trash on campus. Wilbur Cohen, a Johnson administration official who helped to guide Medicare through Congress, once observed that his boss worried about "people who became old and indigent and sick and disabled, and he wanted to do something for them."

Johnson also had a pragmatic political motivation. He was one of the first politicians to see older Americans as a potentially powerful voting bloc at the polls. "Johnson also knew a popular position when he saw it," biographers Irwin and Debbi Unger observed in their 1999 book, LBJ. "Countrywide support had been building over the past decade, and requests had been streaming into the White House from older Americans asking for the president to push Medicare."

For that reason, Johnson made enacting Medicare a major promise of his 1964 election campaign. According to the Ungers, Johnson's landslide electoral victory helped convince conservative Democrats in Congress, such as Rep. Wilbur Mills, the powerful chairman of the House Ways and Means Committee, that it was time to put aside their qualms about public health insurance and make it a reality.

Johnson's original proposal focused on hospital coverage, but he also had the wisdom to realize that a competing Republican proposal included some features, including coverage of physicians' fees, that Americans wanted. He and Mills added those ideas to their Medicare bill, and then coupled it with another idea conceived by Mills: Medicaid, a joint federal–state program to provide health care for the poor and the disabled, including nursing home care for the elderly. The House passed the combined measure by a vote of 313-115.

As a politician, Johnson was like a boxer who had finesse but also wasn't above sneaking in a low blow during a clinch. When it looked as if Sen. Harry Byrd, the conservative Democrat from Virginia and chairman of the Finance Committee, might stall Medicare, Johnson invited him to appear on national television and then publicly extracted from him a promise to allow the legislation to get a speedy hearing. After Mills managed to delete some changes in Medicare added by the Senate, in late June 1965, both chambers then voted to pass the law that created Medicare.

Johnson and Medicare still had one more obstacle: the American Medical Association, which had opposed the program and whose physician members were threatening to boycott it. Johnson summoned representatives of the AMA to the White House for a measure of his distinctive combination of over-the-top flattery and thinly veiled intimidation.

"He talked of how wonderful doctors were, how when his daddy was sick, the doctor would come and sit with him all night," according to the Ungers' account. "He talked about how great America was, and how the country owed so much to those who had made it great but now were old and sick." Several times during the president's talk, he deliberately rose to his feet, forcing the doctors to rise as well — a tacit admission that he, the chief executive of the nation, was the boss.

Ultimately, Johnson got his way. When he officially signed Medicare into law, he held the ceremony at the Harry S. Truman Library in Missouri, and presented former President Truman and his wife, Bess, with the first two applications for Medicare coverage. As historian Doris Kearns Goodwin recounted, Johnson explained to Mills that "I want [Truman] to know that his country had not forgotten him." Then he added, "I wonder if anyone will do the same for me."