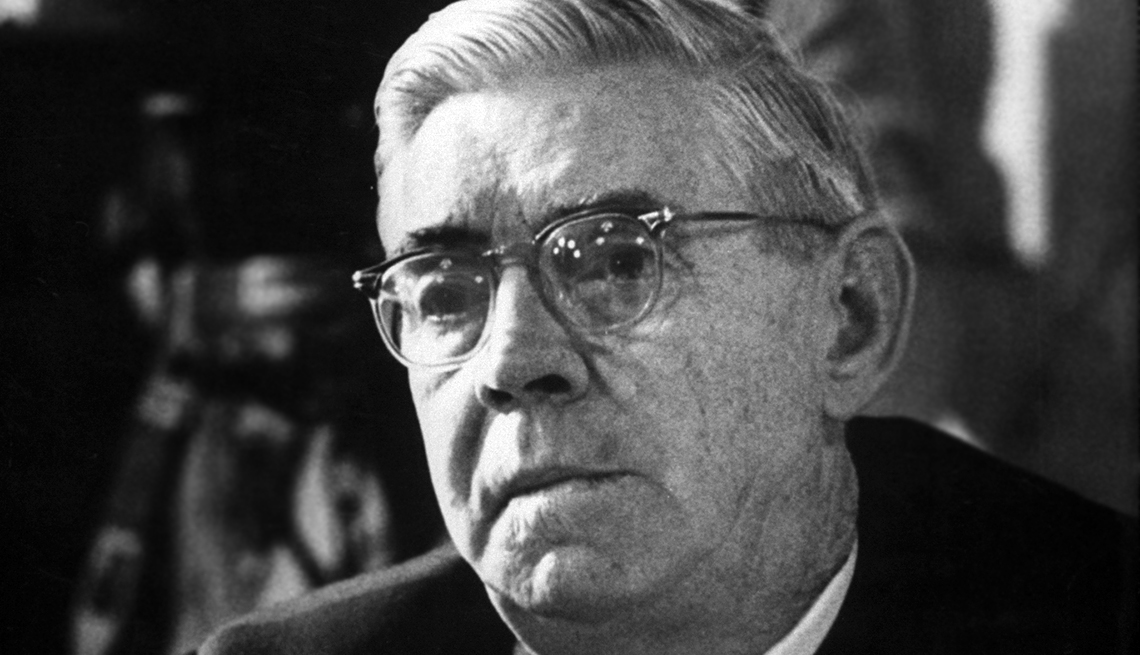 As much as anyone, U.S. Sen. Patrick V. McNamara exemplified the American ideal of government of the people, by the people and for the people. The blunt, raspy voiced legislator customarily called “Senator Pat” by many of his Michigan constituents rose from a pipe fitter earning just 9 cents an hour to become the chairman of the powerful Senate Public Works Committee.

McNamara, who represented his state from 1955 right up until his death, was born to Irish American immigrants and never abandoned humble working-class values that included a reverence for elders and a deep concern for their welfare.

To that end, McNamara wielded his considerable clout to investigate the problems older Americans face and push for legislative solutions. He was the founding chairman of the Senate Special Committee on Aging, and he helped lead the fight to provide health insurance to older Americans, which led to the establishment of Medicare in 1965.

McNamara was born in North Weymouth, Mass., in 1894, to parents who had just arrived in this country from Ireland. He was the first of eight children, and in a blue-collar family with that many mouths to feed, a fancy college education was never in his future. Instead, McNamara matriculated at the Fore River Apprentice School in Quincy, Mass., and became a pipe fitter. After moving to the Detroit area, he worked in the construction industry for more than 30 years.

McNamara’s native intelligence and leadership abilities earned him the respect of his peers, who elected him in 1937 to be the president of Local 636 of the Pipefitters Union. A few years later, McNamara was elected vice president of the Detroit Federation of Labor, and he served a stint as the Detroit-area rent director for the wartime Office of Price Administration. In 1946 he won a seat on the Detroit City Council and two years later was elected to the Detroit Board of Education.

Though a popular local figure, McNamara was almost unknown outside of Detroit, so it came as shock to the Michigan Democratic Party’s elite when he had the temerity to challenge their favorite, former Sen. Blair Moody, for a U.S. Senate nomination in 1954. But when Moody unexpectedly died before the election, it was too late for the kingmakers to get anyone else on the ballot, and they reluctantly endorsed McNamara. After running an energetic campaign in which he proposed increasing the federal minimum wage to $1.25 an hour, McNamara narrowly unseated incumbent Sen. Homer Ferguson by 39,000 votes.

In the Senate, McNamara drew on his real-world experience to become an influential authority in such areas as highway programs, education and labor-management relations. But the rights and welfare of older Americans turned out to be the area in which “Senator Pat” had the biggest impact.

As the field of gerontology began to develop in the 1950s, researchers urged Congress to do more to investigate the problems faced by older Americans and to create programs to benefit them. McNamara and his colleague, Sen. John F. Kennedy of Massachusetts, proposed the creation of a special body devoted to aging. Thus, in January 1959, the Subcommittee on Problems of the Aging and Aged, with McNamara as chairman, began its work.

The subcommittee sought information from medical and social welfare experts and early activists for the elderly, but it also took testimony from ordinary older people around the nation. McNamara believed that the various problems confronting older Americans, from health woes and difficulty finding work to financial swindles, were interrelated, and he hoped to show that sweeping action was necessary.

The subcommittee published its first volume of findings, “A Survey of Major Problems and Solutions in the Field of the Aged and the Aging,” and then followed it up with another publication, “Aging Americans,” that gave ordinary older Americans a forum to describe their lives and their worries and struggles. The final installment of the subcommittee’s report, “Action for the Aged and Aging,” recommended a series of important measures, including the creation of what became the National Institute on Aging and the earmarking of 1 percent of all federal research dollars for projects about aging.

In 1961, with Kennedy in the White House pressing for the creation of health insurance and other programs for older Americans, the U.S. Senate created a permanent body, the Select Committee on Aging, to study and recommend action to benefit older Americans. Once again, “Senator Pat” was chosen to lead, and he did so with vigor, conducting 29 field hearings in the first year. He and the committee probed subjects such as nursing home reform and exposed snake-oil arthritis cures that defrauded older Americans of $250 million annually and high-pressure sales tactics that coerced them into buying overpriced real estate or dance studio lessons.

McNamara also championed Kennedy’s proposal to create the Medicare system, leading public rallies to support his friend’s plan and publicly taking on the American Medical Association, which opposed it. After Kennedy was assassinated in 1963, McNamara was among those who continued to push for the slain president’s dream of universal medical coverage for older Americans. McNamara helped to craft the legislative strategy that led in July 1965 to the passage of the Older Americans Act, which he’d cosponsored with Rep. John Fogarty of Rhode Island.

Less than a year after his greatest victory, “Senator Pat” succumbed to a fatal stroke.