Edwin E. Witte's face didn't end up on a coin, as was the case with his boss, President Franklin D. Roosevelt, but he had a lot to do with why FDR is so fondly remembered today. 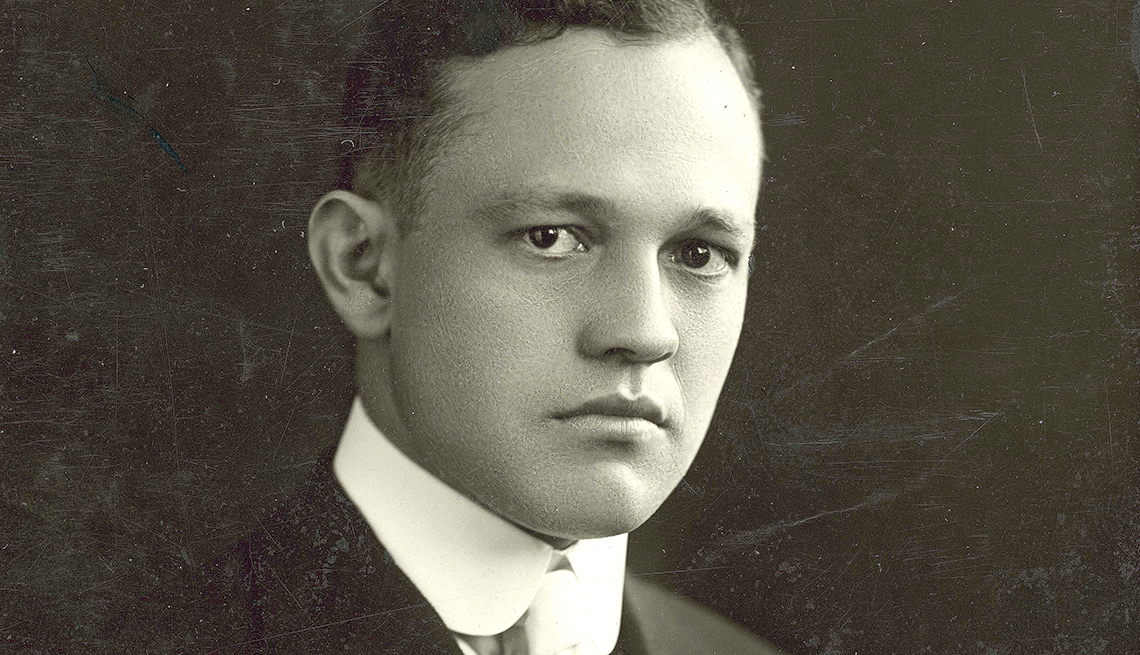 It was Witte, a University of Wisconsin economist steeped in that state's progressive politics, who headed up the committee that wrote the 1935 Social Security Act and gave critical congressional testimony that helped ensure its speedy passage by Congress.

The millions of Americans who've received benefits over the years all owe Witte a debt of gratitude. Some even have called Witte "the father of Social Security," a title that he disliked and tried to avoid.

"Social Security, like most other major social advances, has been the product of the endeavors and work of many people and over a long period of time," he said in a speech that he gave in Washington on the 20th anniversary of the act.

Indeed, Witte's contribution was not just his expertise in economics, but his knowledge of how to craft legislation — acquired through his service as head of Wisconsin's legislative reference library — that enough politicians could live with to give it a chance of passage. Moreover, the balding, square-jawed professor, who cut a dashing figure in his crisply tailored double-breasted suits, spoke eloquently and possessed a phenomenal memory for details, seemed like the Central Casting version of the Brain Trust experts that FDR had marshaled to rescue Americans from poverty and despair.

Witte's genius as an economist was, in some ways, his distrust of other economists. He believed that they tried to shoehorn society into their abstract hypotheses. In contrast, Witte wanted to see the data first. He wanted to know how things actually worked, and how they didn't work, before trying to figure out the why, so that he could devise a better solution.

That pragmatic, ground-level view of the world, and his desire to help people, stemmed in part from his own humble beginnings. He was born in 1887 in Ebenezer, a village in rural Wisconsin, to a German American farming family who still spoke their ancestral language among themselves. Few children in his hardscrabble community ever made it past the eighth grade, but Witte was so conspicuously bright that his parents arranged for him to board with relatives in nearby Watertown, where he could attend high school. He graduated as the school's valedictorian and star debater and went on to Phi Beta Kappa honors and an undergraduate history degree at the University of Wisconsin (where, as the story goes, he also earned a reputation for his encyclopedic recall of obscure Major League Baseball statistics).

In graduate school in Wisconsin, Witte switched his field to economics and rushed off to try out his newly absorbed ideas in government, working as a state labor regulator, a legislative researcher and, for a time, as acting director of Wisconsin's unemployment compensation program. In his spare time, he also taught courses — sometimes for free — at the University of Wisconsin, and in 1933 he was appointed a full professor in economics. Faculty and students alike were sometimes startled by his casual memory feats — he was known for going around the room at meetings and greeting 150 or more people by name — and his ability to rewrite economics papers while simultaneously discoursing on unrelated topics.

It may have been that reputation for brainpower, coupled with Witte's extensive study of government insurance programs in Europe, that caught the attention of Frances Perkins, the secretary of labor in the Roosevelt administration. In 1934, Witte was appointed executive director of the newly created President's Committee on Economic Security (which Perkins chaired), a post in which he would supervise the writing of Social Security legislation.

Witte's job was a tricky one. The Cabinet members on the committee had conflicting ideas on how to make FDR's vision of cradle-to-grave economic protection work, and little time to devote to working out all the details. The job fell to the ad hoc cadre of outside academics and experts that Witte had assembled. As Labor Secretary Frances Perkins observed, Witte's task "was like driving a team of high-strung, unbroken horses."

Witte somehow managed to harness their talents and to deliver a blueprint to Congress in just six months. He also helped pitch the notion of Social Security to Capitol Hill lawmakers. In January 1935, he was the first witness to appear before the House Ways and Means Committee, where he explained the proposed system and how it was "adapted to our American conditions and traditions."

In the end, Witte's efforts were successful, and FDR signed the law creating Social Security in August 1935.

After his greatest achievement, Witte resumed his teaching career, and during World War II he also worked as the director of the Detroit office of the War Labor Board. In 1956, he was elected president of the American Economic Association.