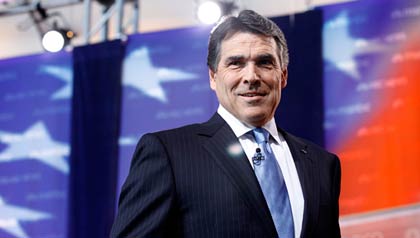 Social Security was one of the issues during Wednesday night's Republican debate.

In a book published last year, Perry argued that the retirement safety net violated states' rights, and he suggested that the program had problems from its inception in the 1930s. Perry says he doesn't want to change the program for older Americans, but he calls Social Security a "Ponzi scheme" because funding problems will mean younger Americans won't receive benefits they are paying for now.

Romney says he will focus on saving Social Security and says it is working for millions of Americans.