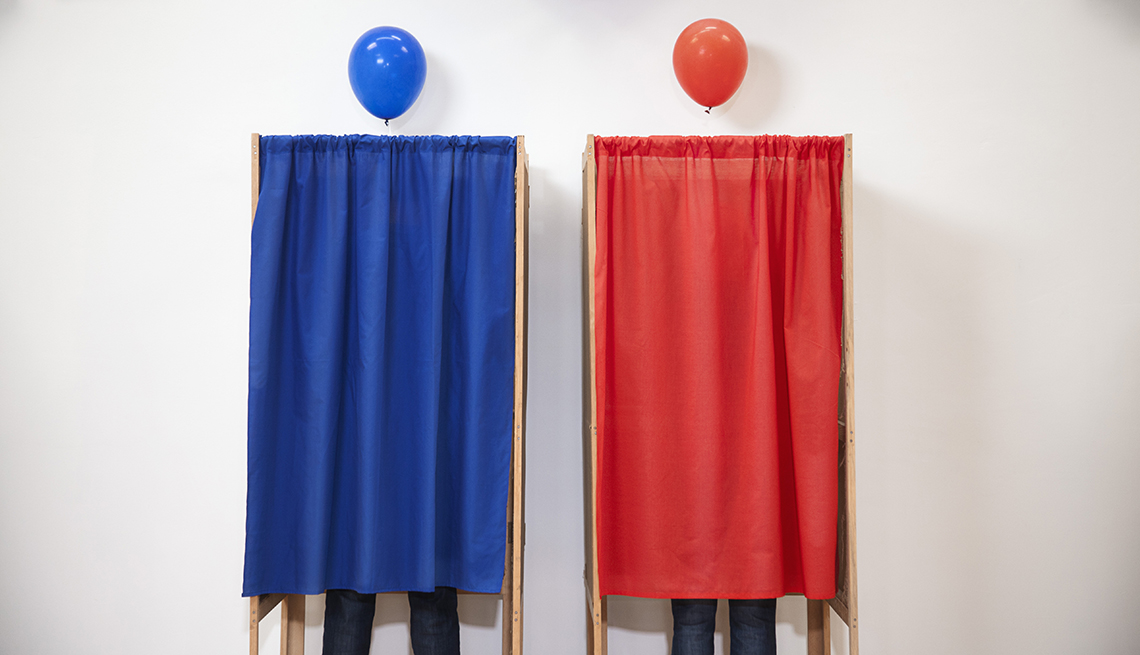 It’s no surprise that in a national poll earlier this year, likely voters age 50 and over ranked the economy as their number 1 election concern. But coming in at number 2 was politics itself: the high level of divisiveness challenging America today.

Do these voters want change? They say they do. In that same poll, 69 percent of respondents noted they were more likely to vote for someone willing to set aside some priorities to get needed laws passed. Only 29 percent said they wanted their lawmakers to hold firm no matter what. But here’s the irony: In recent years, the number of Americans willing to cross party lines has fallen to the lowest in more than a century.

It is against this backdrop of conflicting beliefs, worry about the future and government distrust that Americans are about to decide the 2022 midterm elections. Strategists, experts and voters are not optimistic that any of these challenges will resolve anytime soon.

“Somewhere in the past 20 years, compromise has become a dirty word,” says Stu Rothenberg, senior editor at Inside Elections, a nonpartisan newsletter. While it’s true that there are still more people in the country than on Capitol Hill whose political views fall in the middle, “it’s also true that the loudest and angriest voices get the most attention,” Rothenberg notes.

And those loud voices are influencing us all. “I think you’re going to see a lot more people voting along party lines, because the two parties have made themselves so polarized because their views on both sides are so extreme,” says Leslie Dilley, a 68-year-old Republican who lives in Hayden, Idaho, a heavily GOP area. “We’ve lost our stability as a nation,” she adds. “It’s the worst I’ve seen.” Dilley says she doesn’t like what she calls fringe elements on both sides. For her part, she says she can still have a civil conversation with her two sisters — who have very different views than she does. But mostly the family avoids talking politics when they get together.

The late House Speaker Tip O’Neill always said that all politics is local, meaning that voters will base their decisions on issues directly affecting them and their communities. Political scientists say that’s no longer the case. Politics has become national.

“We’ve gotten to the point where you’re either voting for the red team or the blue team,” says Glen Bolger, a GOP election strategist. “Yes, there are still some voters who swing back and forth, and they help make a big difference. But in a lot of cases, it doesn’t matter who the candidate is.”

Research from the Brookings Institution, a self-described nonpartisan Washington, D.C.–based think tank, shows that just 8 percent of voters in 2016 voted for a president and a member of Congress of a different party; in 2012, only 6 percent “split” their ticket. That compares with nearly 20 percent of districts that had split tickets in 2000 and 44 percent in 1972. The last time this ticket-splitting measure was below 10 percent was 1920.

Through the 20th century, Americans became more open to voting for a president of a different political party than their representative to the House (called a “split result”). That has since sharply declined. 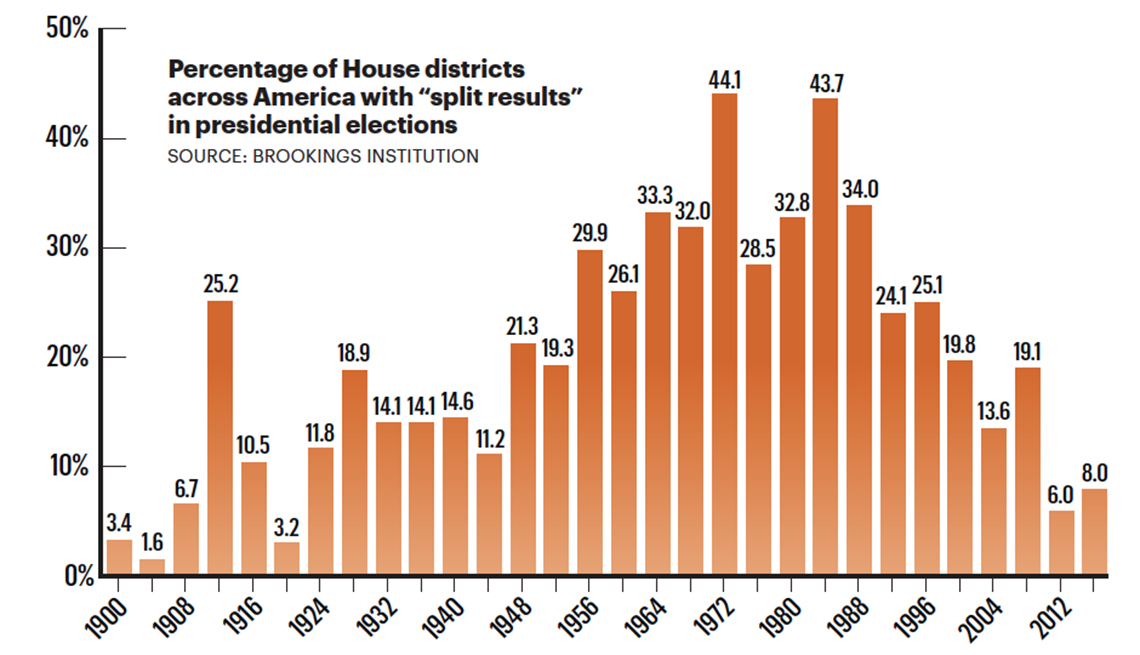 As part of its She’s the Difference women’s voter project, AARP spoke with women voters age 50-plus across the country. Many volunteered their concern over the lack of unity. During one focus group, a Democrat said that a decade ago it was common for her to vote for candidates from both major parties; it all depended upon what they stood for. Now, she said, she wouldn’t even consider voting for someone from the GOP.

While the increase in political polarization has led more Americans to go to their respective corners politically, this lack of unity has also led, ironically, to more people labeling themselves as independent, experts note.

A lot of people who used to identify as a partisan with one party or another are just turned off now, says Jeff Jones, a senior editor at Gallup. “When we ask them whether they think of themselves as a Democrat or Republican, they say they think about themselves as independent,” even if on policy issues they lean toward one party or the other’s.

Gallup’s polling bears that out. “At least 4 in 10 Americans have considered themselves independents in all years since 2011, except for the 2016 and 2020 presidential election years,” a report on their survey released in January says. “Before 2011, independent identification had never reached 40 percent.”

Is it the media’s fault?

Sharp partisan divisions have often been a part of American politics, notes Republican strategist Bolger. Think back to the Civil War, to the Vietnam War protests of the 1960s or to Watergate, he notes. What’s different now?

Bolger and others suggest that where Americans get their news, what social media channels they frequent and even where they choose to live have exacerbated the current go-to-their-corners atmosphere.

“People feel they can’t trust the news. They don’t know what to believe,” says Margie Omero, a Democratic pollster on the bipartisan team that conducted AARP’s She’s the Difference poll. Public Agenda, a nonpartisan research and public engagement organization, did a survey last year on the partisan divide as part of its Hidden Common Ground initiative. Only 9 percent of the 2,345 adult Americans surveyed believe that political hostility and divisions among ordinary Americans will decline over the next decade; 42 percent believe it will increase. When asked what might help bring the country together, “more accurate and trustworthy news and information” topped the list.

“I think a lot of it has to do with the ways we have sorted ourselves out as a country,” says Andrew Seligsohn, Public Agenda’s president. “More and more, we live in neighborhoods that are not diverse in a variety of ways, especially in terms of income. People tend not to meet and talk to people who are quite different from them.”

Seligsohn also says that, unlike the 1960s and early 1970s protests against policies like the Vietnam War, “what we’re experiencing now is different because some of our core institutions are directly threatened.” Even in the 1960s, he says, the legitimacy of elections, for example, was mostly accepted.

Gina Everly believes divisions in the country have always been there, but now they’ve gotten worse. Everly, 60, is a social worker and a registered Democrat who lives in San Bernardino County, California. She worries that some of the gains that allowed her family to move beyond segregation decades ago and win voting rights could be scaled back. “As minorities, will we start losing voting rights and, as women, start losing the rights to our bodies?” She also has worries about democracy. “I don’t think democracy, in its truest sense, will ever go away,” she says. “But I don’t think it will be all-inclusive, the way we as African Americans fought for.”

The fight for hope

Public Agenda’s Seligsohn admits that his survey does not paint an optimistic picture. But, he notes, the lack of unity in the country doesn’t necessarily mean that people are also angry at their fellow Americans. According to the survey, only 30 percent of Americans have unfavorable feelings toward those who don’t vote as they do.

He sees a role for older Americans to play in attempting to heal the partisan rift. “Young people feel their interests are completely marginalized in American politics right now,” Seligsohn says. And many younger voters have only seen a country that has deep political divisions. He suggests that older Americans help by working with young people to heal those rifts.

Political experts say they do see pockets in America where people and organizations are trying to bridge the partisan divide.

David Blankenhorn cofounded Braver Angels after the 2016 election. His nonprofit group believes that one way to overcome the current climate is for Americans to sit together with people with different views and have civil conversations.

Braver Angels has 83 chapters across the country and about 50,000 people who have subscribed or attended an event. “This problem has been growing for decades, and it’s not going to be easy to turn around,” Blankenhorn notes. “We do believe we’re making progress but ultimately, this is a question of hope.”

Dena Bunis covers Medicare, health care, health policy and Congress. She also writes the Medicare Made Easy column for the 'AARP Bulletin'. An award-winning journalist, Bunis spent decades working for metropolitan daily newspapers, including as Washington bureau chief for 'The Orange County Register' and as a health policy and workplace writer for Newsday. 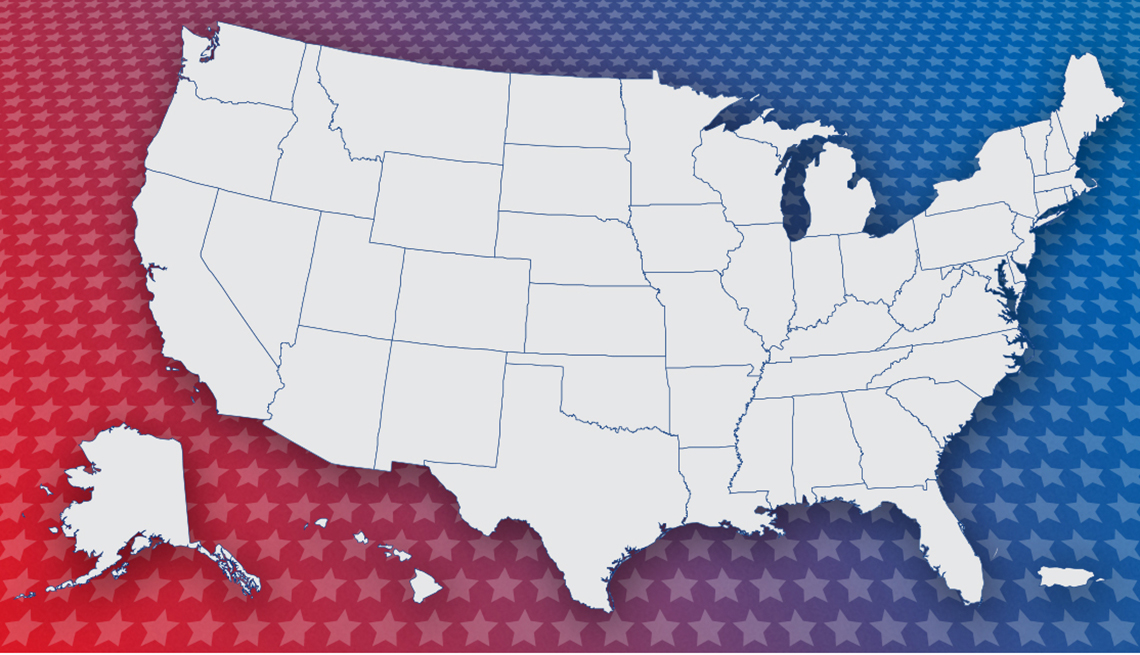 How to Register and Vote in the 2022 Midterm Elections 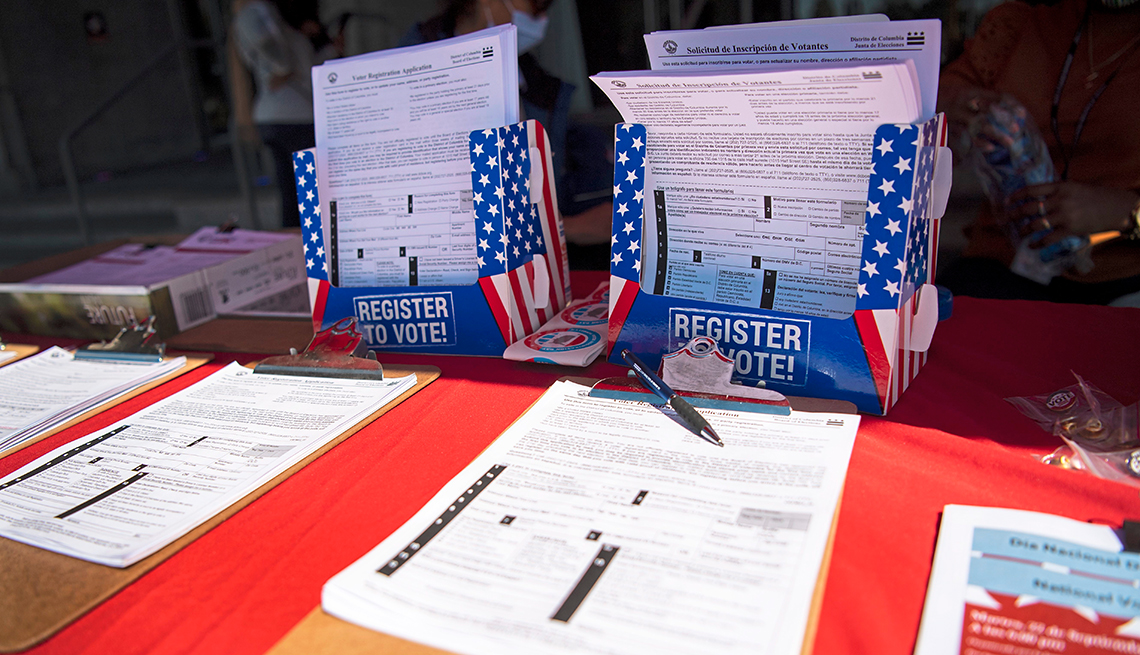 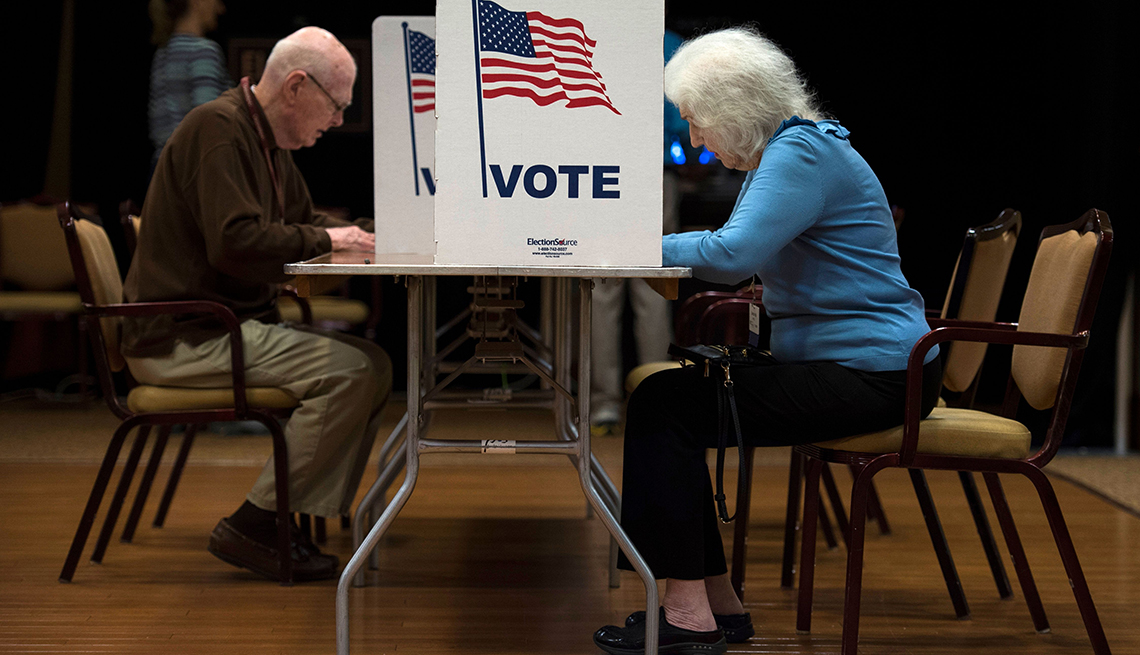