Play Jeopardy! for AARP online through Tuesday! Don't just be an armchair contestant. 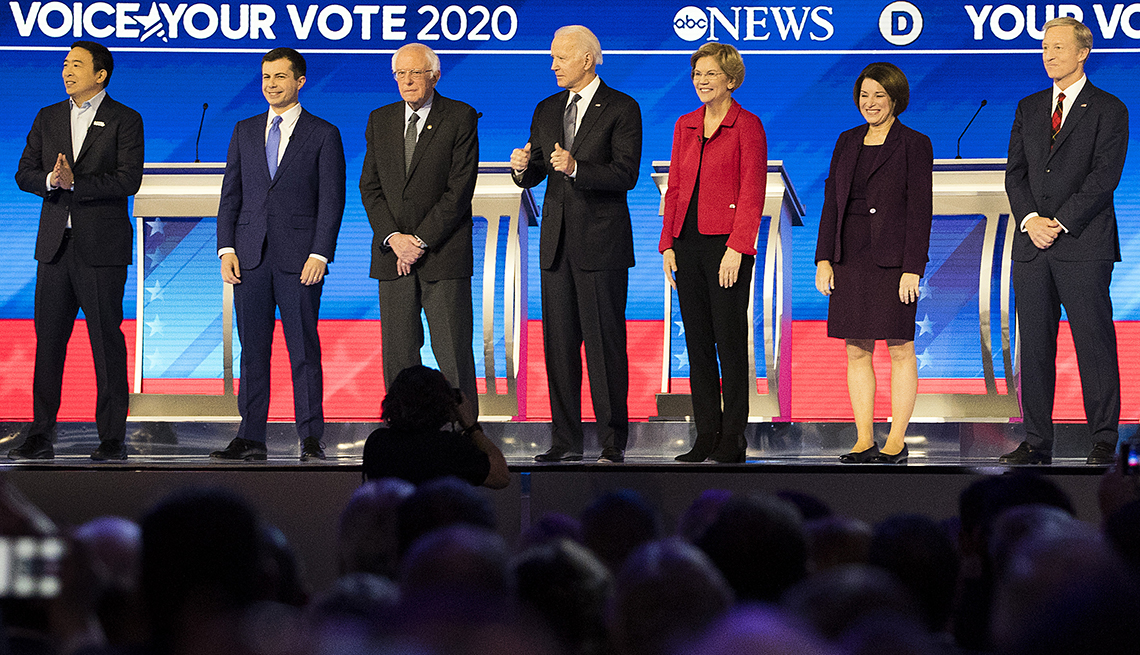 En español | In what was one of the edgiest debates among leading candidates seeking to become the Democratic Party's 2020 presidential nominee, seven hopefuls strongly defended their positions on how best to improve the nation's health care system and criticized their opponents’ plans.

"How much is it going to cost?” former Vice President Joe Biden asked Vermont Sen. Bernie Sanders of his Medicare for All plan that would have government administer health care and eliminate private health insurance. “It's going to cost more than the entire federal budget we spend now,” said Biden, in response to his own question.

Biden continued, saying his own proposal would allow Americans to choose if they wanted to buy into a Medicare system and would also cut prescription drug prices. He said he would pay for his plan in part by raising the capital gains tax.

Sanders responded that Biden was supporting the current dysfunctional system. “We are wasting $500 billion a year trying to administer thousands and thousands of plans,” Sanders said. “What Medicare for All will do is save the average American substantial sums of money."

Minnesota Sen. Amy Klobuchar also criticized Sanders’ plan as “not real,” saying that “two-thirds of the Democrats in the Senate are not on your bill, and it would kick 149 million Americans off of their health care.” Klobuchar's approach to health care is similar to Biden's. She said she would build on the Affordable Care Act (ACA) “with a nonprofit public option.” She said the ACA is increasingly popular, “so why would we want to blow it up?"

Former South Bend, Indiana, Mayor Pete Buttigieg also favors a public option that he calls Medicare for All Who Want It. “There is now a majority ready to act to make sure there's no such thing as an uninsured American and no such thing as an unaffordable prescription,” Buttigieg said. “Just so long as we don't command people to accept a public plan if they don't want to."

Massachusetts Sen. Elizabeth Warren also favors a Medicare for All solution, although her version would be rolled out over a longer period of time than Sanders’ plan. “I think we need to think about health care differently,” she said. “That is, 36 million Americans last year could not afford to have a prescription filled — and that includes people who have insurance. Think about that."

Neither businessman Tom Steyer nor entrepreneur Andrew Yang participated in Friday night's health care discussion. Both have said they want to build on the current health care system through public options and by bringing down health care costs.