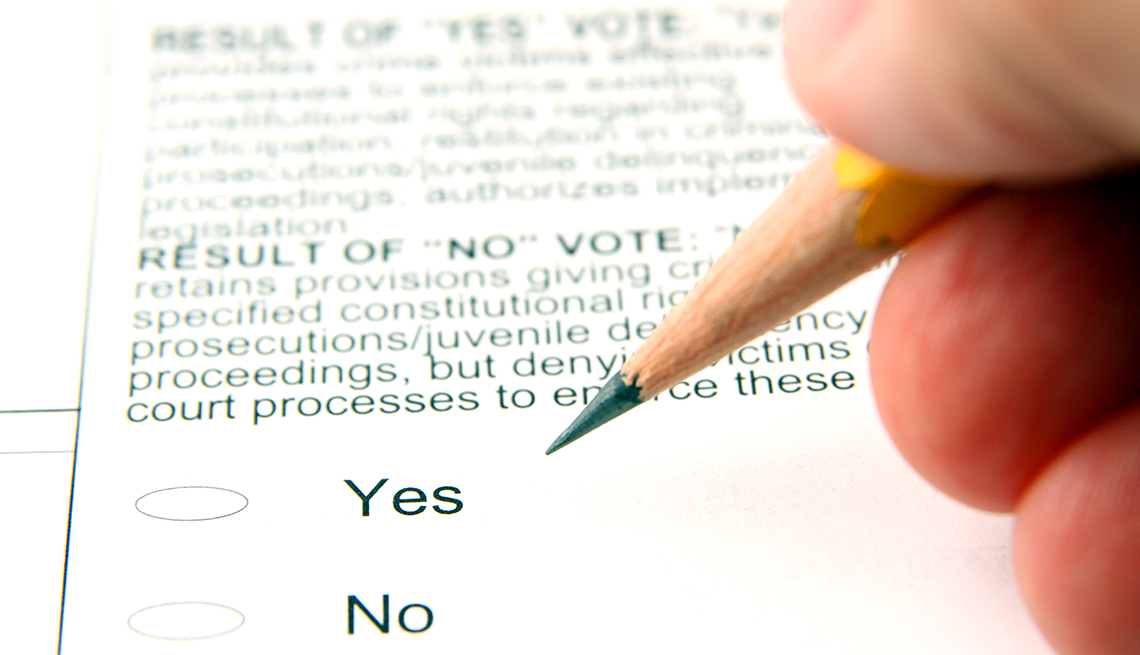 En español | In past elections in some states, ballot initiatives were just as important or dramatic for voters as many of the races for elected office. This year? Not so much.

Citizens likely will vote on fewer initiatives in November, in large part because of the coronavirus. But a number of states will still have measures to consider, including new rules for voting and legalization of marijuana.

About half of U.S. states allow citizen initiatives; those that do require a certain number of signatures from registered voters for the measure to get on the ballot. With Americans being asked to maintain social distance during the COVID-19 pandemic, the kind of large gatherings — like state fairs or campaign events — where advocates traditionally collect signatures for their initiatives are either not happening or not well attended.

State legislatures also can authorize initiatives. And after a slow start due to the pandemic, it seems there will be as many legislatively referred ballot measures as in a typical election year, says Amanda Zoch, an expert at the National Conference of State Legislatures.

Still, as of late July, about 109 initiatives were slated to be voted on this year, compared to an average of 148 by the same point in previous years, according to Ballotpedia.

Citizen initiatives historically have reflected issues where lawmakers haven't caught up to changing public views. Because getting on the ballot is a lengthy process, initiatives are hardly an instant barometer. For example, racial concerns and calls for police reform moved to the spotlight after the death of Minnesotan George Floyd, but that happened too late to spur much action this year. The state of Mississippi decided in June to take a confederate symbol off its flag and will let voters decide in November whether to approve a new design.

Another emerging trend is the fight over whether drivers for app-based services like Uber are treated as contractors or employees. Josh Altic, ballot measure project director for Ballotpedia expects a slew of future initiatives on the issue. The battle starts with a California measure to classify them as independent contractors.

Here are some of the hot topics this year:

The 2020 Census will provide the data needed for state legislatures to begin redistricting, as soon as next year. A number of citizen initiatives will attempt to take politics out of the process by having nonpartisan boards draft districts. Voters in Missouri and Virginia (and possibly Arkansas and North Dakota) will vote on measures to change redistricting rules.

Marijuana and other drugs