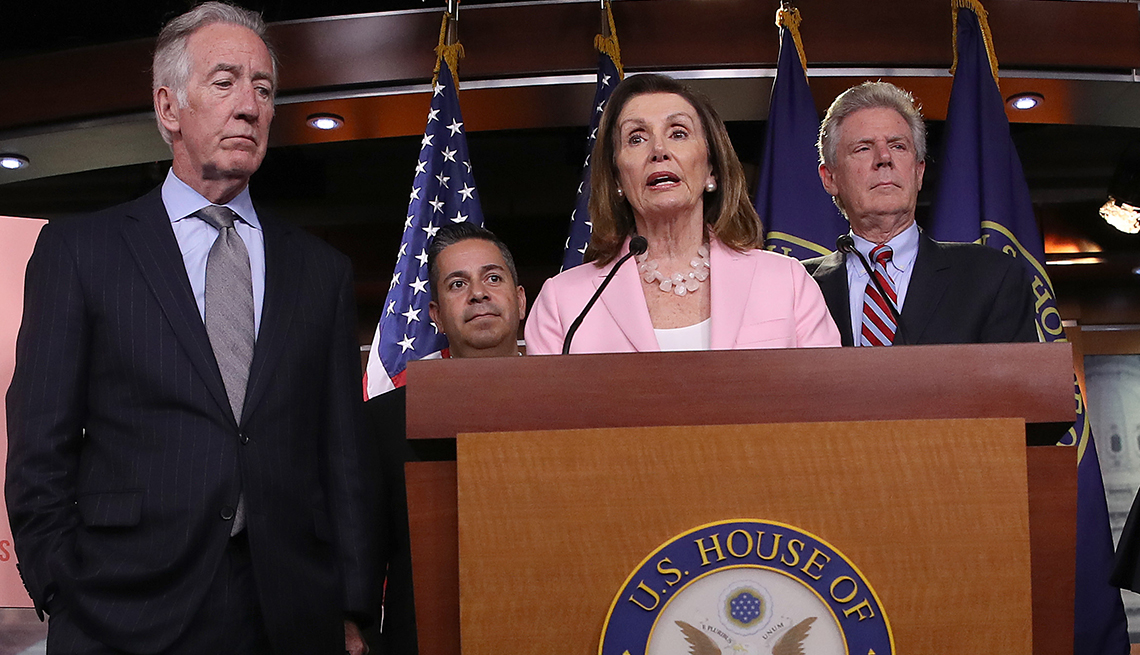 En español | For the first time ever, Medicare would be able to negotiate the cost of some prescription medicines with pharmaceutical companies, and out-of-pocket drug expenses for beneficiaries would be capped, under a bill leaders of the U.S. House of Representatives unveiled on Thursday.

Under HR 3, called the Lower Drug Costs Now Act of 2019, the secretary of the Department of Health and Human Services (HHS) would identify 250 brand-name drugs each year that cost Medicare the most money and do not have generic competitors. The government would then negotiate the price of at least 25 of those medications each year directly with the companies. In addition, HHS would be required to negotiate the price of insulin, a drug whose costs per patient nearly doubled from 2012 to 2016, according to House leaders.

"The burden of out-of-control drugs is one issue that touches everyone in America,” House Speaker Nancy Pelosi said Thursday at a news conference announcing the bill.

"The status quo is simply unacceptable,” said Rep. Frank Pallone (D-N.J.), chairman of the House Energy and Commerce Committee, one of three panels whose members will have jurisdiction over this measure.

Allowing Medicare to negotiate drug prices is one of the key priorities of AARP's Stop Rx Greed campaign. “Medicare should be able to use its bargaining power to get a better deal for the more than 55 million seniors who rely on Medicare, especially for the highest-priced drugs and those drugs with little or no market competition,” said Nancy LeaMond, AARP executive vice president and chief advocacy and engagement officer.

LeaMond hailed the introduction of the House measure as “an important step toward our goal of ensuring that Americans have access to the drugs they need at prices they can afford. When older Americans talk about the impact of high prescription drug prices, they are often talking about costs that they will face every year for the rest of their lives."

Under the new bill, the price for a drug identified for negotiation could not be more than 1.2 times the average price of the medication in six countries: Australia, Canada, France, Germany, Japan and the United Kingdom. If a drugmaker refuses to negotiate or a fair price is not reached, that manufacturer would have to pay a penalty equal to at least 65 percent of that company's annual gross sales. The longer a drugmaker doesn't reach agreement with HHS over price, the higher the penalty — maxing out at 95 percent of annual sales.

Once HHS and a manufacturer agree on the price of a drug, the company would not be allowed to increase that price faster than the rate of inflation as long as there are no generic competitors in the market. An AARP report released this week showed that, overall, the prices of brand-name, generic and specialty drugs increased by twice the rate of inflation in 2017.

The bill also would cap annual out-of-pocket prescription drug expenses for Medicare beneficiaries at $2,000. A measure approved by the Senate Finance Committee this summer also would cap Medicare enrollees’ drug costs and has other provisions to lower drug prices, not including the authority for HHS to negotiate drug prices.

House leaders said they hope to get the Lower Drug Costs Now Act sent to the House floor in October.