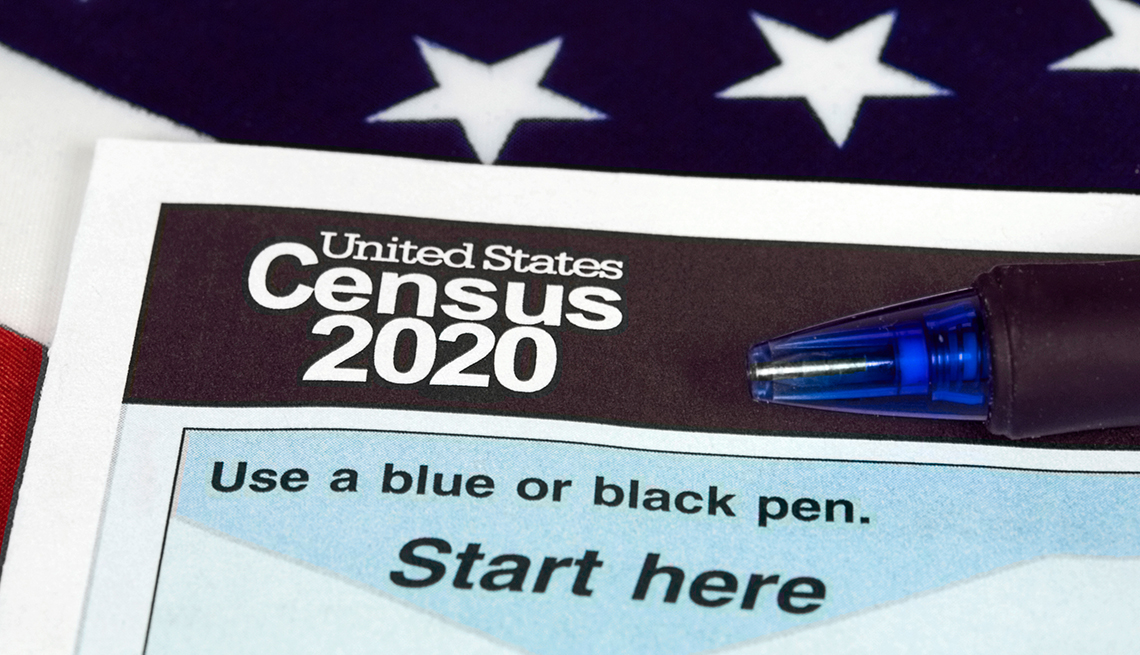 En español | Older Americans have been more likely than other age groups to return their U.S. census forms and make sure they were counted.

But as the country gears up for the 2020 census next March — the first that will be completed largely online — experts say there will be challenges in getting older people to participate.

A recent U.S. Census Bureau survey found that 56 percent of those 65 and older aren’t comfortable with an online response and prefer to fill out a paper census form. “The concerns over privacy and cybersecurity will have to be overcome, and those concerns are highest for those over 50,” says Steve Jost, a former Census Bureau official.

The stakes are high. In 2016, for example, more than 300 federally funded programs relied on census data to distribute more than $675 billion to states and localities. That includes funds for schools, roads and hospitals and also programs that aid older Americans, like Medicare Part B.

“Participating in the census means getting counted to determine how much federal funding comes into your community and how congressional representation is determined,” says AARP National Volunteer President Catherine Alicia Georges. “AARP members need to make sure they are not left out of this very important process.”

News reports about the digital transformation have raised some questions about the census. Here are answers.

How will the new census process work?

Between March 12 and 20, the majority of households will receive a postcard invitation to respond online to the 2020 census. Those who don’t answer will then receive the traditional paper form in the mail. If a household still does not respond, the bureau will send a census taker to knock on that door to collect the household’s data.

People who live in areas that the bureau has determined are most likely to lack broadband internet service will receive a traditional paper form in the first mailing. “The Census Bureau is confident that the 2020 census will be easy for everyone to participate in,” says Daniel Velez, a spokesman for the Census Bureau.

Why make the change?

The Census Bureau has digitized the 2020 census to save money. The 2010 census, which cost $10.2 billion, was the most expensive in history. Taking the census online — at least partially — is projected to save an estimated $5.2 billion.

Find a Job With the Census

Looking to make a few bucks? Help with the 2020 count

The Census Bureau is recruiting over 400,000 temporary workers to help in the massive job of counting their fellow Americans. The bureau is hiring census takers to go door-to-door to help people fill out census forms as well as for office and supervisory positions. The jobs will last several weeks.

A census job can be excellent for older Americans who are looking for flexible work, says Bob Murphy, AARP’s state director in Colorado and former mayor of Lakewood.

In Colorado alone, the Census Bureau is hiring hundreds of temporary full- and part-time workers at between $14 and $22 an hour, he says.

“We want to get the word out that there are great jobs available,” Murphy says. “If you want to work from 2 p.m. to 7 p.m., you can do that. It’s pretty flexible.”

Be careful, though. The AARP Fraud Watch Network has seen scam artists send out phony offers of census employment, hoping to steal Social Security numbers or other information to aid in identity theft.

An application can be completed online at the Census Bureau website in about 30 minutes. The website also includes wages, which vary based on location. To get started, go to 2020census.gov/en/jobs.

How do I know someone claiming to be from the census isn’t a scam artist?

A very small percentage of people who knock on doors claiming to be from the Census Bureau are crooks looking to gather personal information so they can steal from you.

Real census employees won’t ask for your full Social Security number, for money or donations, or for bank or credit card numbers.

Check to make sure that the person has a valid identification badge with his or her photograph, a Department of Commerce watermark and an expiration date. If you still suspect fraud, call the Census Bureau at 800-923-8282 to speak to a representative.

I’ve been hearing about the “citizenship question.” Will that be part of the census?

Groups that opposed the question said it would have caused many noncitizens, even those in the U.S. legally, to dodge the census for fear of repercussions. Noncitizens make up roughly 7 percent of the U.S. population, according to a 2017 analysis by the Kaiser Family Foundation.

Have older Americans been at risk for undercounting in past censuses?

The opposite is actually true: Older Americans are the least likely age group to go uncounted. Experts say that’s because of their historically high levels of civic engagement and participation in things like voting. In fact, some experts say older Americans are more likely to be double counted than people in other groups. Older Americans who own vacation homes need to be sure to fill out the form only once, from their primary residence.

What happens if I’m missed?

Simple. You won’t be represented in the census for the next decade. While a few unrepresented residents shouldn’t affect a community’s federal funding, if many in your area go uncounted, then federal money — or representation — that would rightly go to your region would go to other communities or states. (Your personal benefits like Social Security and Medicare won’t be affected.)

What if I live in a rural community with a low population? Does it matter if I participate?

Yes. In 2016 alone, more than $30 billion was distributed to rural communities from 55 federal programs. These funds went toward things like home loans, business loans and waste disposal. But such funding comes only if you and your neighbors are counted. This is especially true in areas with low populations.

"AARP members need to make sure they are not left out of this very important process."

Is it just about money?

No. The number of seats in the U.S. House of Representatives, and the electoral college votes that each state gets, are determined by census numbers. So, the political balance of power in America changes after each census.

As boomers age, does the government expect a dramatic rise in the number of older Americans counted?

As the number of older Americans increases, how will the census improve their lives?

An AARP survey shows that most older adults want to stay in their homes and communities as they age. Filling out the census could increase the likelihood of that happening. Census data will be used over the coming decade to decide where to place parks, roads and hospitals. It will determine funding for community projects that benefit people of all ages, including mass transit, which helps many people remain in their homes longer.