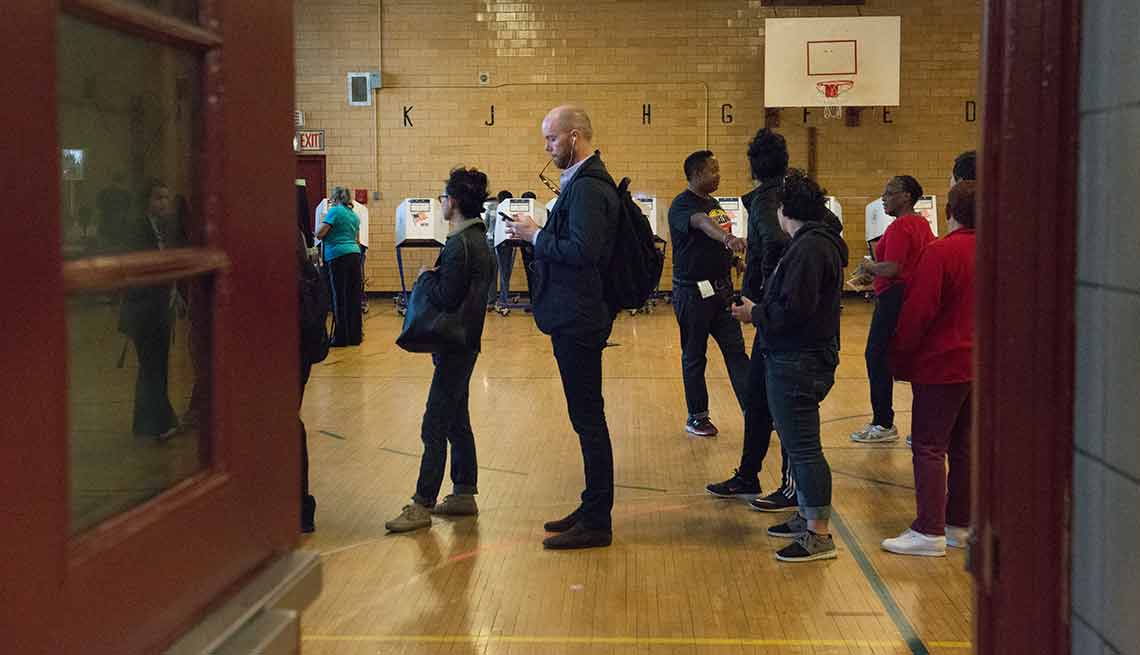 Voters line up for the New York primary at Public School 22 in Brooklyn, N.Y.

Even as Democrat Hillary Clinton and Republican Donald Trump rolled to easy victories in the New York presidential primaries April 19, the two races revealed the big contrasts in the age breakdown of the vote that have consistently characterized this year’s contests.

Former Secretary of State Clinton swept 66 percent of the vote from those 45 and older, while her opponent, Sen. Bernie Sanders of Vermont, won 65 percent from those 18 to 29, according to news media exit polls.

Clinton’s vote continued its steady increase among older groups of voters. She led Sanders 53 percent to 47 percent among those 30 to 44, 63 percent to 37 percent in the 45 to 64 age group and 73 to 27 percent for 65+. In the unofficial and nearly complete overall vote, Clinton led Sanders 58 percent to 42 percent.

Sanders has said that his relatively poor showing among older voters has been “the weirdest thing in the world” throughout the campaign. “What really bothers me is I spent half my life in Congress helping to lead the effort for senior citizens,” Sanders said in an interview with Hollywood director Spike Lee. “So we have a lot of work to do in terms of reaching out to … seniors all across the board. We're figuring out how you get the message out there.”

Gov. John Kasich of Ohio, the GOP runner-up, received 25 percent of the 65+ vote and 24 percent from those 45 to 64. Sen. Ted Cruz of Texas trailed with 13 percent and 12 percent, respectively, among those age groups. The GOP breakdown among those 18 to 44 was a bit tighter, as Trump led with 50 percent to 28 percent for Kasich and 21 percent for Cruz. There was insufficient exit-polling to produce results from those 18 to 29.

In the unofficial total GOP vote, Trump led with 60 percent of the vote to 25 percent for Kasich and 14 percent for Cruz.

Next up: Both parties have primaries in Connecticut, Delaware, Maryland, Pennsylvania and Rhode Island on Tuesday, April 26.