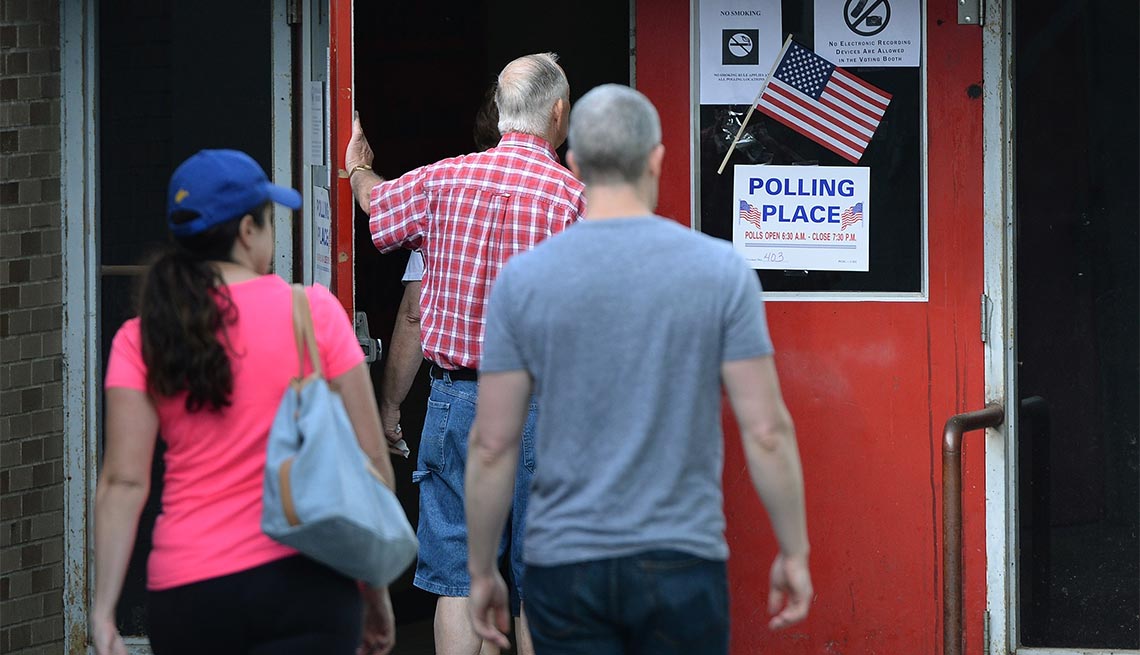 Voters enter their polling place at Stonewall Jackson Middle School in the West Side neighborhood of Charleston, W.Va. on Tuesday May 10, 2016

Democratic presidential front-runner Hillary Clinton suffered a rare setback in the May 10 West Virginia primary. She not only lost the state to Sen. Bernie Sanders, but she also trailed among the oldest voters. Other than the primary in Sanders’ home state of Vermont, this was the first state during the nomination battle in which Clinton fell short with voters 65 and older.

Sanders narrowly led Clinton among the oldest group, 47 percent to 45 percent, according to news media exit polls. The remaining vote was split among other candidates. Seniors cast 25 percent of the total Democratic vote in West Virginia.

Clinton reversed the outcome with voters 45 to 64, leading Sanders by 44 percent to 39 percent. But she again fared poorly with younger voters, as has been the case throughout the campaign. Sanders led 70 percent to 25 percent among those younger than 30, and 62 percent to 23 percent among those 30 to 44. In the unofficial nearly complete results, Sanders won the West Virginia primary 51 percent to 36 percent.

A CNN analysis of the exit poll results said that “61 percent of Democratic primary voters were very worried about the state of the economy, and 55 percent of that group voted for Sanders."

In the Republican primary, businessman Donald Trump won 77 percent of the West Virginia vote. He is the only remaining GOP contender who is actively competing for the nomination. The exit poll results showed that he fared best among voters 45 to 64, with 83 percent. He got 69 percent among voters 65 and older, 78 percent from those 30 to 44, and 63 percent from voters younger than 30.

Trump also swept the Republican primary in Nebraska with 61 percent of the unofficial vote. The Democratic presidential primary was not reported because its results were nonbinding, according to the Associated Press. Sanders won the state’s caucus vote in March. There were no exit polls in Nebraska.

Next: On May 17, both parties will hold primaries in Idaho, Kentucky and Oregon. No additional exit polls are planned