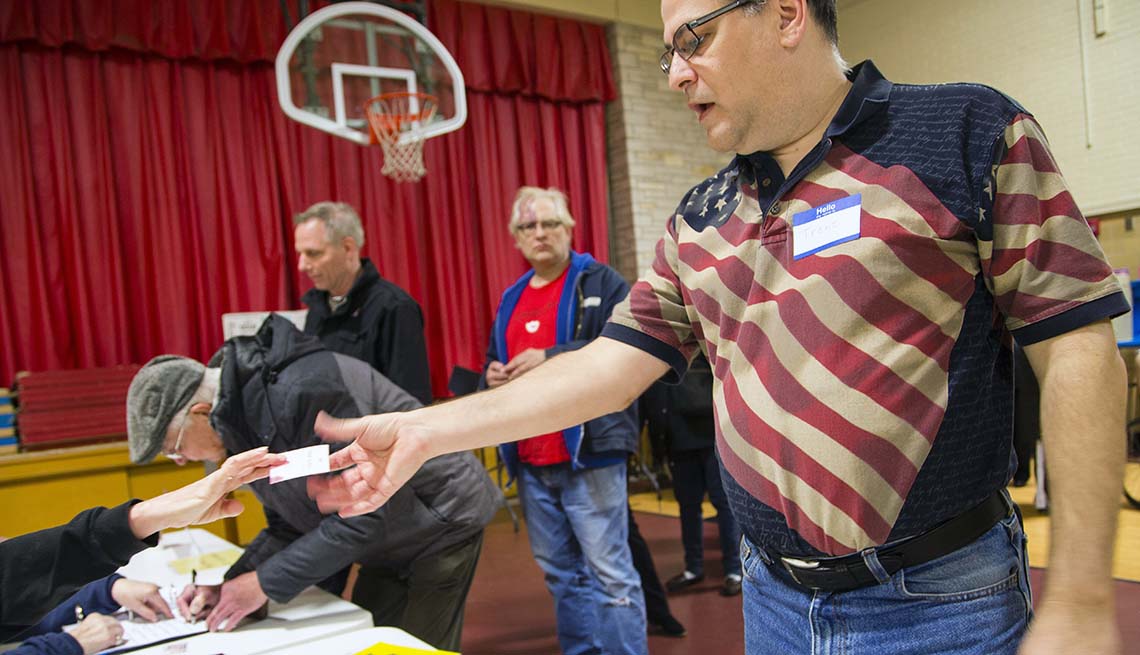 Republican and Democrat voters cast their ballots in Wauwatosa, Wis., during the state's presidential primary.

In the Republican primary, Sen. Ted Cruz of Texas led among all age groups, drawing his biggest support from voters 45 to 64, to defeat billionaire Donald Trump and Ohio Gov. John Kasich.

Sanders continued to benefit from a surge of support from younger voters, according to news media exit polls. Clinton led Sanders 62 percent to 37 percent among voters 65 and older, but by only 54 percent to 46 percent among those 45 to 64. Sanders took 82 percent of the vote among those 18 to 29 and 66 percent from voters 30 to 44. In the unofficial total results, Sanders led Clinton 57 percent to 43 percent.

Older voters’ support for Clinton dipped from the results on March 15, when she won all five Democratic primaries — including more than two-thirds of the vote from those 65 and older and at least 58 percent from those 45 to 64.

A notable difference between the two parties in Wisconsin was that older voters accounted for 70 percent of the Republican turnout and only 57 percent of the Democratic turnout.

Next: Candidates in both parties will spend most of April competing in northeastern states. The next major primary will be April 19 in New York.