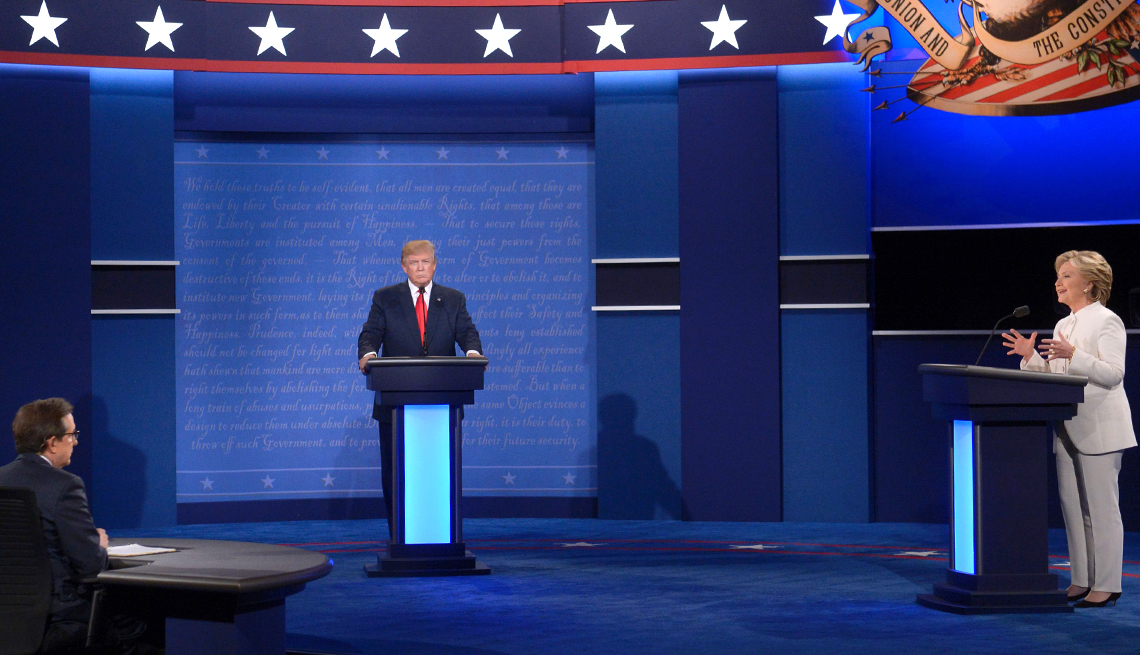 AARP’s Take A Stand campaign has been pressing the candidates to go beyond vague generalities on Social Security.

Finally, a Social Security question at the presidential debate, but it missed the point.

Social Security doesn’t contribute a dime to the deficit. People earn their benefits and they deserve better than being talked about like a line item in a budget.

Chris Wallace should have asked how the candidates would keep the program strong for future generations. The debate was our best chance to get the candidates to tell us details about their plans for Social Security and how it will affect families.

It was a mistake to frame the issue in the context of a deficit Social Security didn’t cause. That’s no way to help voters get the answers they deserve. It also didn’t help that the question came with less than five minutes left in the debate.

Why is it so important for voters to get answers about Social Security before Election Day?

In their 2016 report, the Social Security trustees said action is needed by 2034 to prevent across-the-board benefit cuts. This benefit cut in the making isn’t a theory; it’s a mathematical certainty unless politicians act.

That is why AARP’s Take A Stand campaign has been pressing the candidates to go beyond vague generalities and explain to the American people what they really have in mind for Social Security.

What we need is a commitment to act sooner rather than later.

As a practical matter, tackling the challenge now will enable any changes to be phased in more gradually. That would help people plan for the future, including younger workers. Importantly, it would bolster people’s confidence in this critical program.

And let’s be realistic: It’s better to act when time is on your side. Our leaders should thoroughly debate how to update Social Security before a crisis emerges.

The voters I meet are fed up with all the personal attacks in this campaign. Over and over, they’ve told me they want the candidates to talk about the issues that affect their lives.

But the candidates need to give voters real answers on how they’ll keep Social Security strong. Hey, candidates, 230 million Americans are waiting.