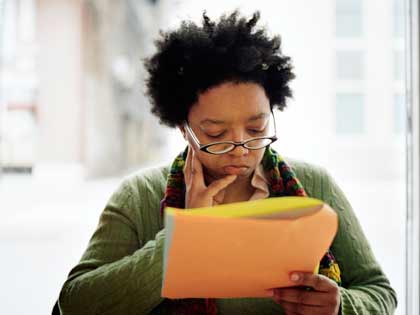 From the time of our founding fathers to today, good democracy has been known to depend on the knowledge of the people. That’s why throughout the cycle of political life in the United States, an important goal of AARP is to reach the candidates and the voters with information about issues important to older Americans and their families.

This fall, Connecticut voters will play a critical role in determining how our state addresses a number of important challenges that impact current and future generations. A number of hotly contested federal and state races will be decided in November, including U.S. House seats in each Congressional District, an open seat for the U.S. Senate, the office of Governor, as well as the entire State Senate and State General Assembly.

“AARP is committed to helping older Americans cut through the political campaign clutter to find out where the candidates stand before they cast their votes,” said AARP Connecticut State Director, Brenda Kelley. “It’s no secret that older people vote in greater proportions than any other age group. In fact, Americans age 45 and older make up more than half of the registered voters in our country.”

With so much at stake, AARP Connecticut is launching an aggressive nonpartisan voter education campaign that will include candidate forums for several key races, and online voter guides for state and federal races.

AARP Connecticut is producing voters’ guides to help residents compare candidates for governor, as well as those in key legislative and congressional races. For state races, the guides provide candidates’ answers to questions about implementation of the new health care law, re-balancing Connecticut’s long-term care system, energy/electric rate reform and state budget priorities, such as transportation and investments in home and community-based services.

For federal races, the guides will feature side-by-side comparisons of candidates’ public statements on topics such as how to keep Social Security solvent, prevent Medicare fraud and improve access to doctors.

Candidate forums for the Governor’s race, as well as U.S. House races in the 4th and 5th Congressional districts, are being scheduled in October. AARP members will be invited to attend the forums and submit questions for the candidates.

The state office also will attend candidate events and distribute voter guides at fairs, festivals and other community events.

Check back to find out about local candidate forums and other election-related events in CT.