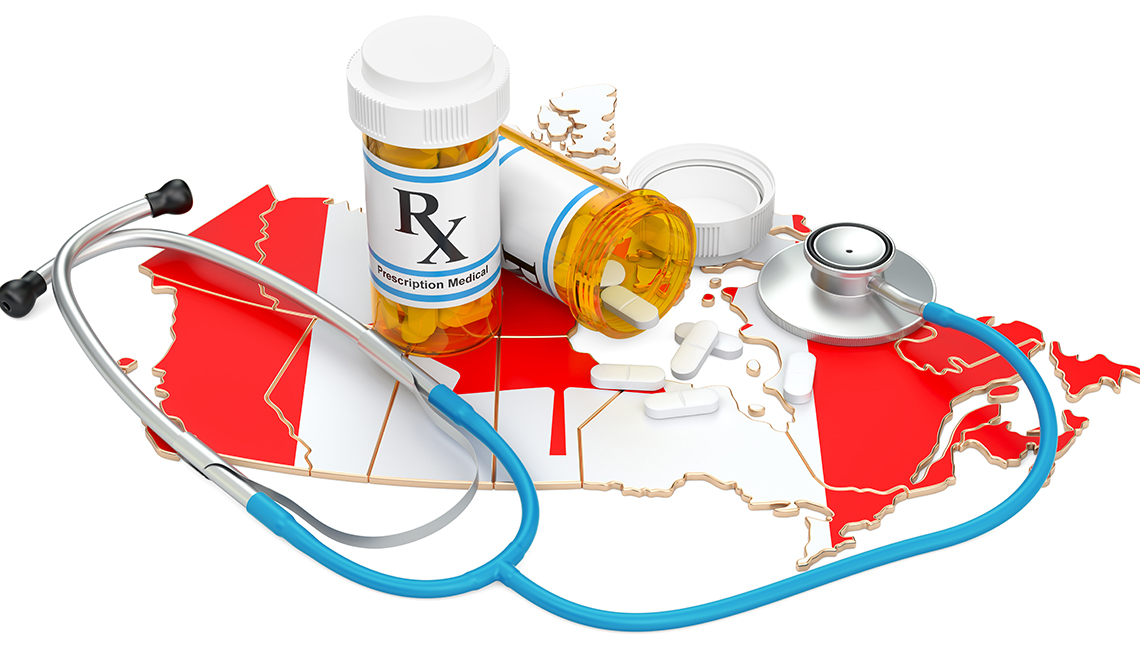 En español | The Trump administration Wednesday outlined a framework for allowing prescription drugs to be imported from Canada and other foreign countries, something that could help consumers better afford the medicines they need to stay healthy.

The Department of Health and Human Services (HHS) and the Food and Drug Administration (FDA) released a two-pronged approach to importing cheaper drugs from abroad. The Safe Importation Action Plan does not include a specific timetable.

“This is the next important step in the Administration's work to end foreign freeloading and put American patients first,” HHS Secretary Alex Azar said in a statement. Azar has historically opposed allowing medications to be brought in from other countries, but this year the president directed him to work with Florida and other states on their plans for drug importation. A provision in the 2003 Medicare Part D prescription drug law already permits importing drugs under certain conditions, but HHS has never approved such a program.

Allowing drugs to be safely imported from Canada and other countries is one of the pillars of AARP's Stop Rx Greed campaign, which calls on federal and state officials to find ways to lower the price of lifesaving medicines for all Americans.

"Today's announcement is an important signal that the administration agrees that lower-priced drugs can be safely imported and that the FDA should use its full authority under law to help American consumers,” Nancy LeaMond, AARP executive vice president and chief advocacy and engagement officer, said in a statement. “Let's be clear: There is a crisis in drug prices, and the safe, legal importation of less expensive prescription drugs is one step that will help lower costs and add competitive pressure on drugmakers to lower the prices they set in the U.S."

Under one path in the administration's action plan, HHS would issue a regulation outlining how states and pharmacies could get the department's permission to import certain drugs from Canada. State proposals would have to demonstrate that the medicines they want to bring into the United States are safe, that the FDA has already approved these drugs for sale here and that consumers would save money by buying these medications. Not all drugs would be allowed to be imported. For example, controlled substances, biologics and certain injected drugs would be excluded.

Several states have already passed laws authorizing safe prescription drug importation. Health officials in Vermont, Florida, Colorado and Maine are working on proposals to submit to HHS. A survey in March by the nonpartisan Kaiser Family Foundation found that 8 in 10 Americans — across all political ideologies — support allowing Americans to buy medicines imported from Canada.

The National Academy for State Health Policy has identified a number of widely used and expensive prescription drugs that consumers could save a lot of money on if they could be purchased from Canada. For example, as of 2017, one capsule of Lyrica, a common treatment for nerve damage, cost $6.04 in the United States, compared with 63 cents in Canada. And the price of one tablet of Xarelto, used to prevent and treat blood clots, was $12.44 in the U.S. and $2.11 in Canada. Drug prices in Canada are lower in part because the government helps ensure that pharmaceutical prices are not excessive.

The second path the administration's plan outlines would allow drugmakers to import versions of their own products that are marked for sale in foreign countries. Pharmaceutical manufacturers would have to prove to the FDA that the drug they are selling abroad is the same as the U.S. version.