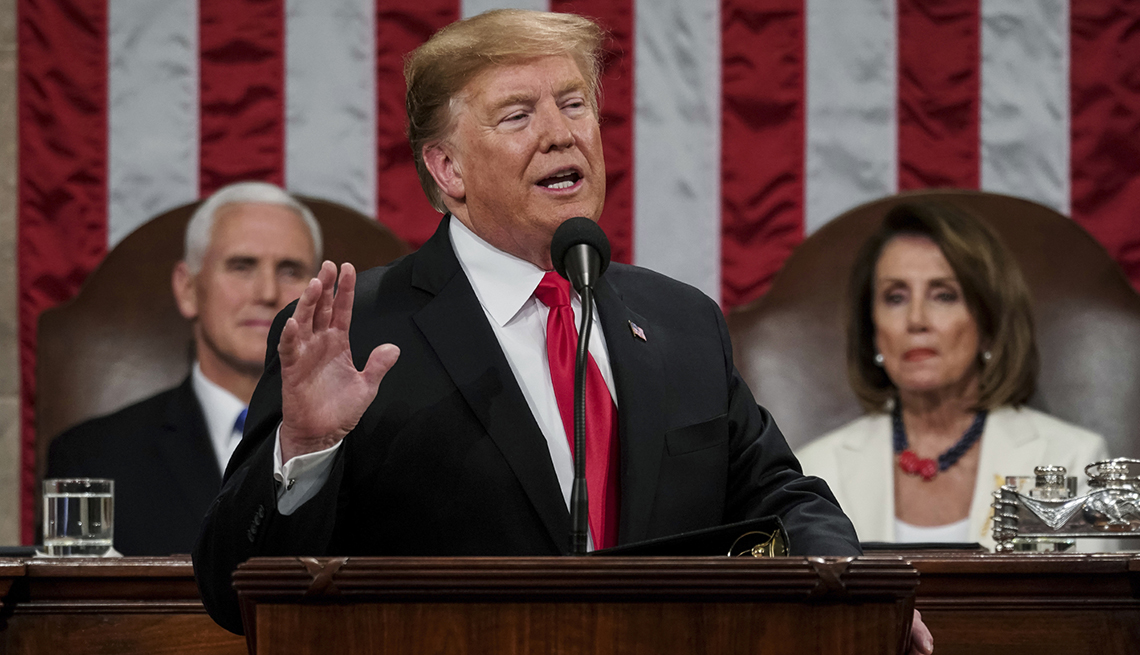 En español | President Trump told the nation Tuesday night that he doesn’t believe Americans should pay more than patients in other countries for the same prescription drugs and urged lawmakers to pass legislation that “delivers fairness and price transparency.”

“I am asking the Congress to pass legislation that finally takes on the problem of global freeloading and delivers fairness and price transparency for American patients, finally,” Trump said. “We should also require drug companies, insurance companies and hospitals to disclose real prices to foster competition and bring costs way down.”

According to the Department of Health and Human Services (HHS), prices for drugs administered by doctors under Medicare Part B are 1.8 times as high in the United States as in other countries. HHS is expected to issue a rule in the coming months that would tie U.S. prices for Medicare Part B drugs to the prices of those medications in other developed countries. HHS officials have estimated that such a proposal would lower the cost of Part B medications by about 30 percent.

In a statement issued Tuesday night, AARP CEO Jo Ann Jenkins said she was “heartened” that the president highlighted the “growing crisis of skyrocketing prescription drug prices. Many Americans, particularly older adults and seniors, are struggling financially to afford their medications."

“AARP calls for policy solutions that actually lower drug prices instead of simply shifting costs around within the health care system,” Jenkins also said. “To do that, we must deal directly with the root cause of high drug prices: the prices set by drug companies.”

According to a fact sheet the White House issued after the State of the Union speech, the prescription drug legislation Trump wants Congress to pass should include “policies that put a hard cap on out-of-pocket payments for seniors.” The statement did not include any details about such a proposal.