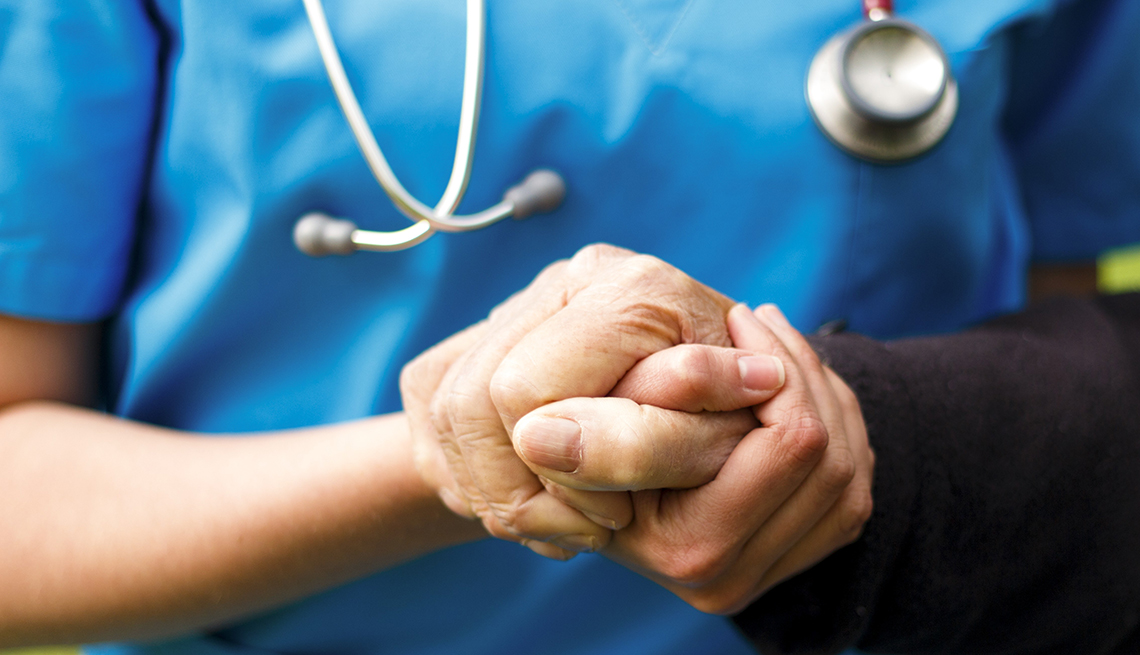 En español | Spotlighting a threat to the retirement of up to a million health care workers, AARP Foundation and other nonprofit organizations filed a lawsuit Monday to restore the pensions of 150 former employees of a hospital in upstate New York.

The lawsuit alleges financial mismanagement of the plan intended to cover workers at the former St. Clare's Hospital in Schenectady, a Catholic hospital that was merged into a much larger hospital in 2008. AARP Foundation filed the suit in New York state court with Legal Services of Northeastern New York, Brooklyn Legal Services and David Pratt, a professor at Albany Law School.

After indicating for years that the pension plan was in good financial shape, the corporation overseeing it announced last year that retirees who were already collecting their pensions would have benefits cut by about one-third, and that former employees who had yet to start receiving pensions would receive no benefits at all. About 1,100 workers are believed to be covered by the plan.

Gina Martinelli-Painter, a clinical laboratory scientist who is one of the plaintiffs in the case, says that for years she had been informed by the plan that her pension benefit, starting at age 62, would be nearly $800 a month. “I'm in that group that gets zip,” says Martinelli-Painter, now 59. “I'll never be able to make it up at this point."

"If I had known I was getting zero,” says Martinelli-Painter, “I could have been doing many different things. I could have found someplace else with better benefits."

The situation faced by the lawsuit's plaintiffs illustrates a weakness in the Employee Retirement Income Security Act (ERISA), the safety net that covers most U.S. private-industry retirement plans. Among other requirements of ERISA, pension plan sponsors are required to pay insurance premiums to the Pension Benefit Guaranty Corporation, a government entity that can replace all or part of employees’ pensions should their plan fail.

Under what's known as a “church plan” exemption, however, ERISA also permits religious institutions to opt out of meeting ERISA's various obligations for insurance, financial disclosure and other responsibilities. This exemption is also available to church-run schools and hospitals, and St. Clare's Hospital, then run by the Catholic Church's Diocese of Albany, received an ERISA exemption in 1992.

Owing in part to the many hospitals established nationwide by the Catholic Church, about 1 million current and retired health care workers are unprotected by ERISA, estimates Dara Smith, a senior attorney at AARP Foundation. While that doesn't mean that all of those workers are in danger of losing their pensions, several other Catholic hospital plans have encountered financial problems. This year, for example, 135 onetime employees of Saint James Hospital in Newark, New Jersey, filed a lawsuit claiming they had been wrongly denied at least $2.7 million in pension benefits.

It is because St. Clare's is not covered by ERISA that the lawsuit has been filed in New York state court, says Smith.

Even without ERISA, says Smith, state contract and trust law applies to St. Clare's Corporation (which runs the pension), the Diocese of Albany and the other defendants named in the case. “There are a lot of obligations they are still bound by,” she says.

Should the case be successful, says Smith, she would like it to be used as a precedent elsewhere. “I would really like to prove nationally that this can be done — that getting a church plan exemption doesn't mean the end of the line,” she says. “If the church is the reason that ERISA doesn't apply, then the church should keep its promises to the pensioners."